Game Logs
This white knit 3-patch gamer was worn by Jiri Hrdina during the 1991-92 NHL season. Hrdina, who hails from Prague, spent 6 seasons in the NHL, winning 3 Stanley Cups! His first 4 years were with the Calgary Flames where he captured the Cup in 1989. He would then play 2 seasons in Pittsburgh, winning the Cup in 1991 and 1992.
Sewn to the left shoulder of this gamer is the Badger Bob patch, commemorating the death of the Pens fallen leader Badger Bob Johnson. Sewn to the right shoulder is the Penguins 25-year anniversary patch. Sewn to the right breast is the NHL’s 75-year anniversary patch. Game wear consists of stick marks, board burns, un-repaired burn holes, washed out bloodstains and fine inner pilling.
After the all-star break, the NHL had all teams switch their home and road jerseys. Teams would wear white on the road and black at home. These 3-patched gamers came into play on March 3, 1992 at Calgary. The Penguins would continue to wear these jerseys into the first round of the playoffs. The last game played in this set was game 4 of first round of the playoffs on April 25, vs Washington.
Hrdina played seven games in this jersey. He was held pointless, while recording 14 penalty minutes and a minus seven rating. 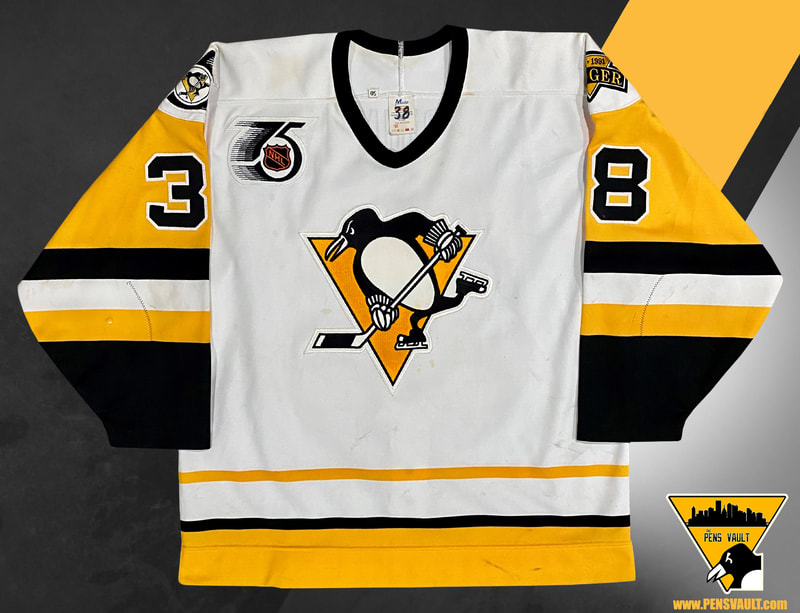 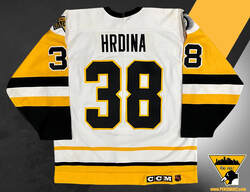 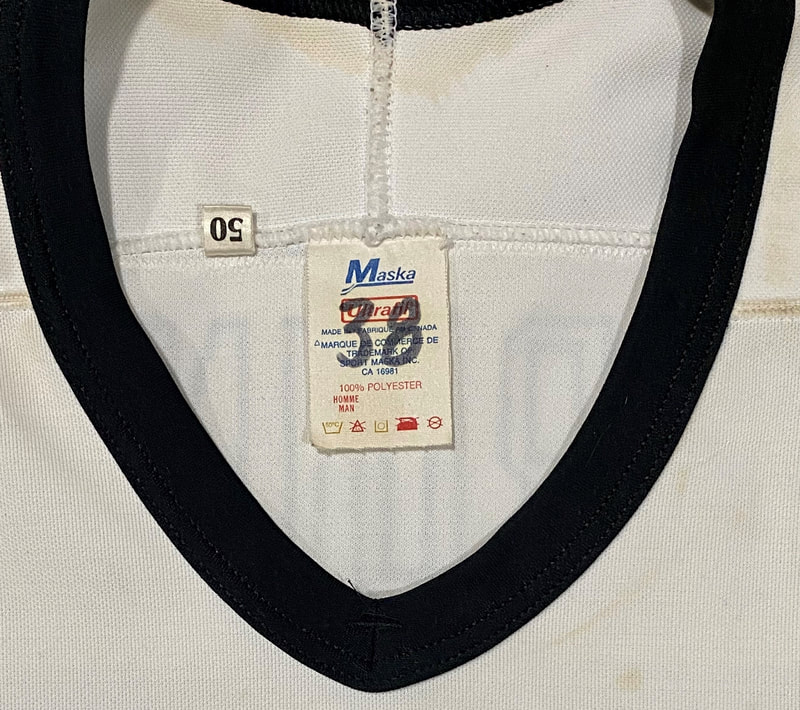 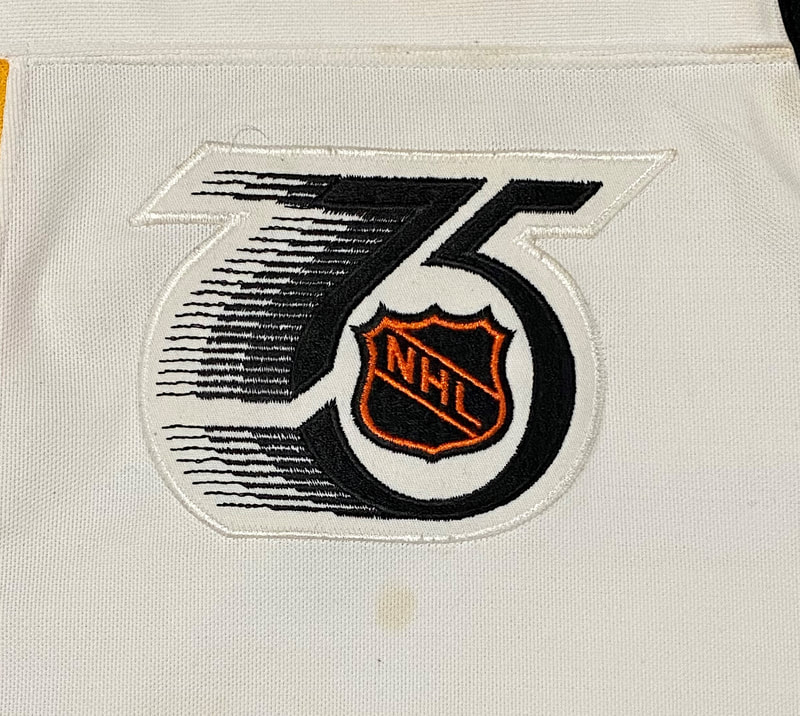 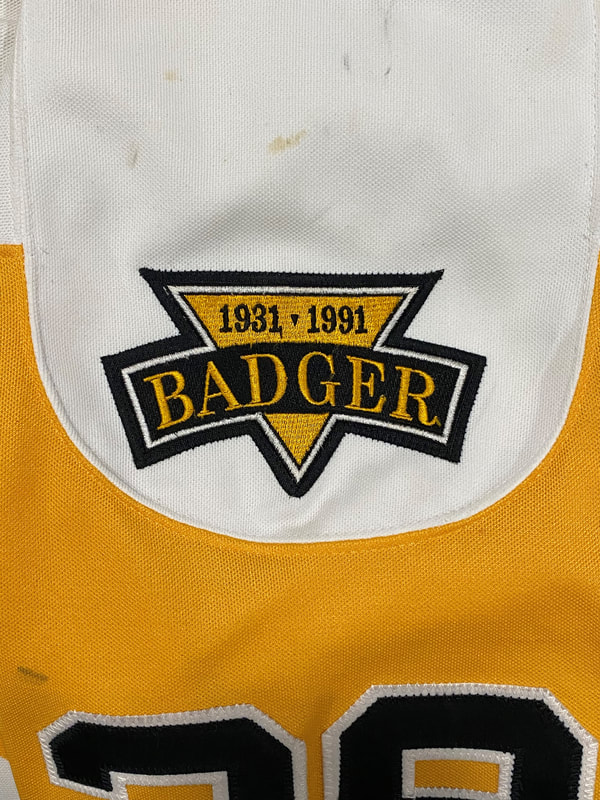 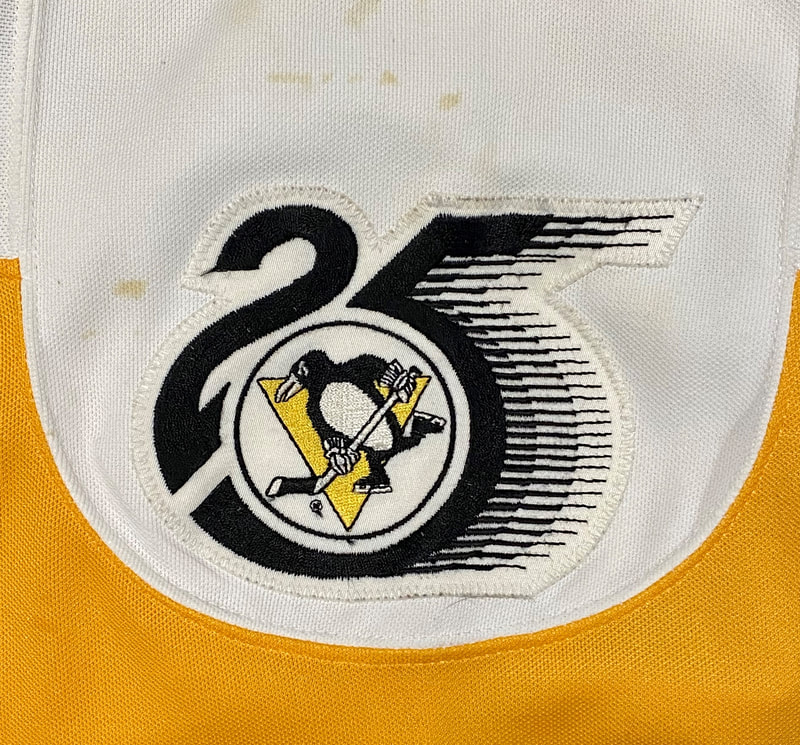 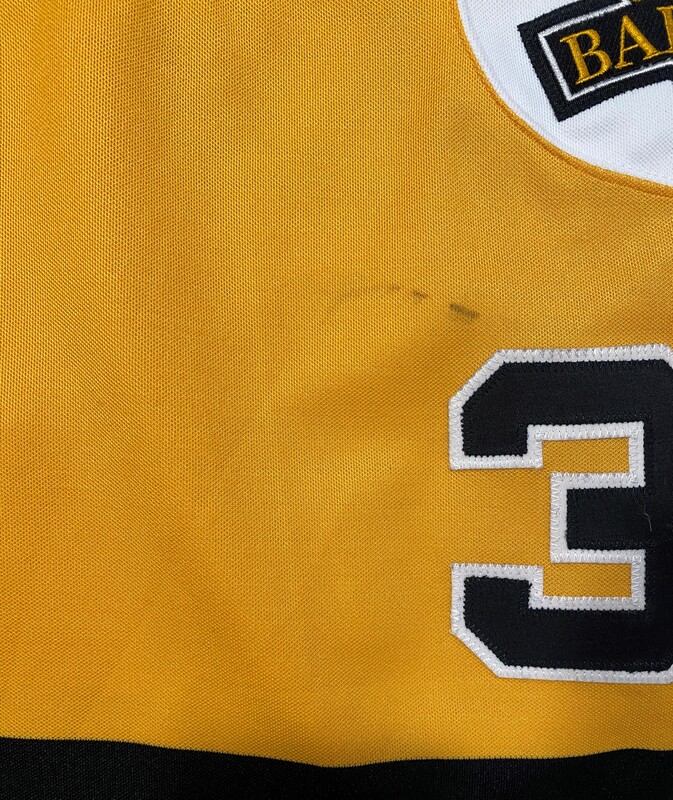 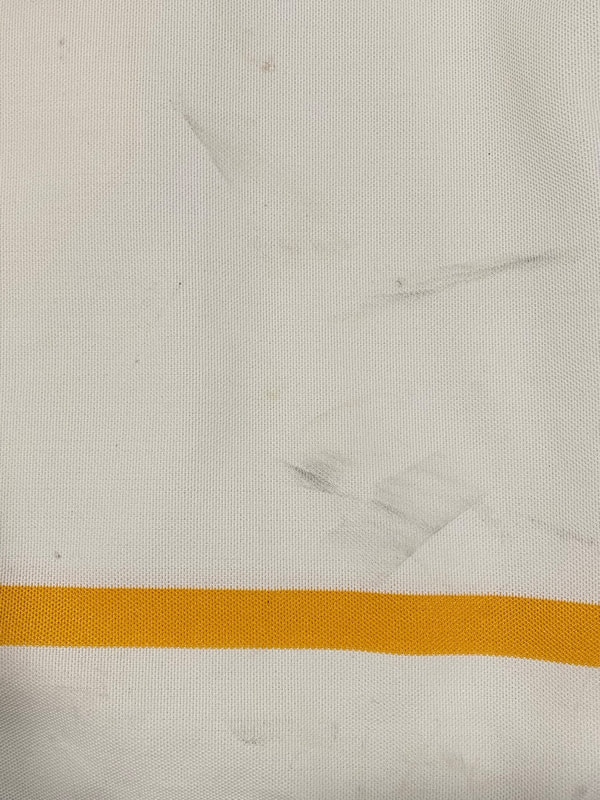 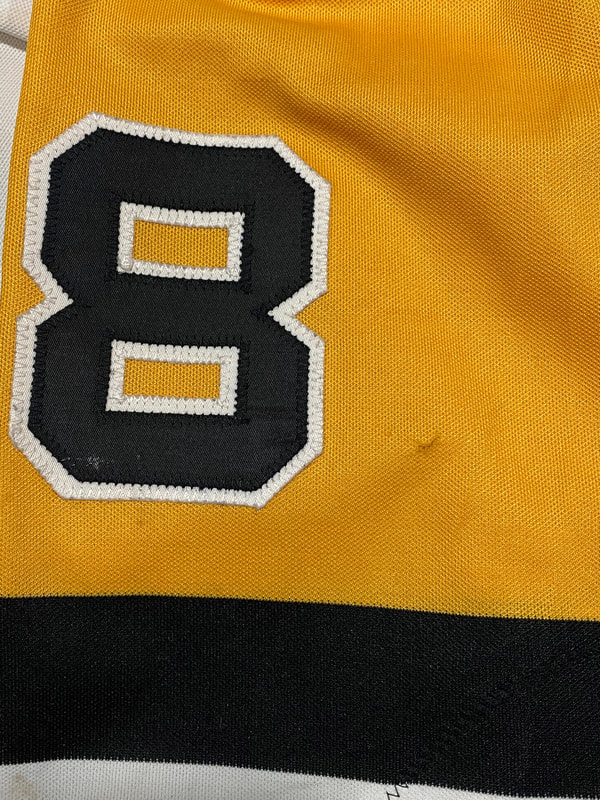 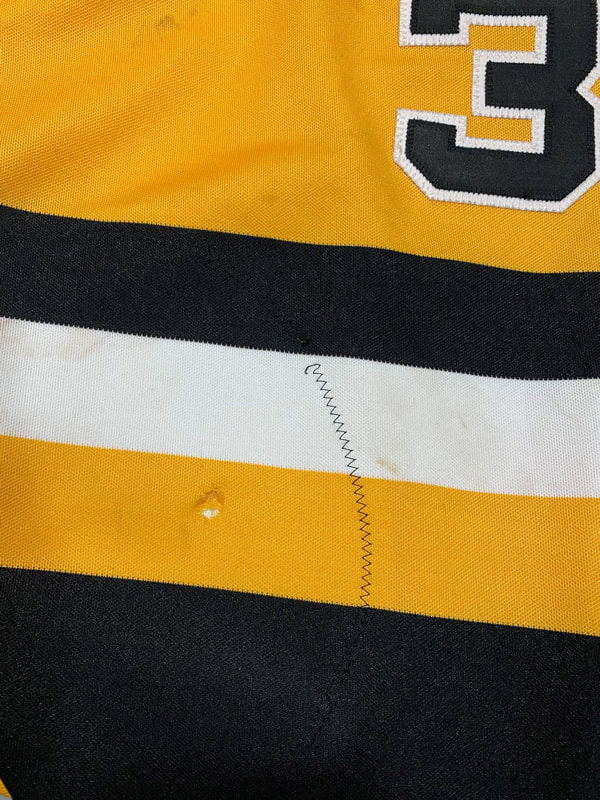 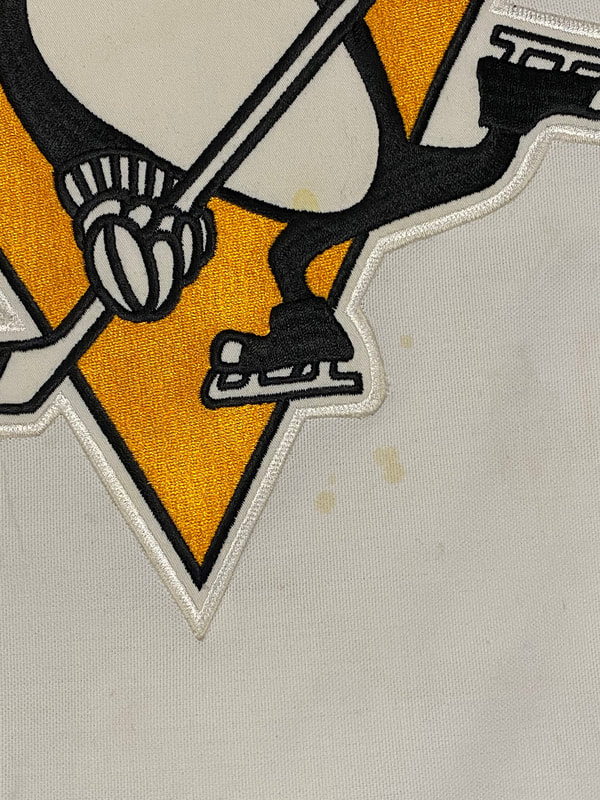 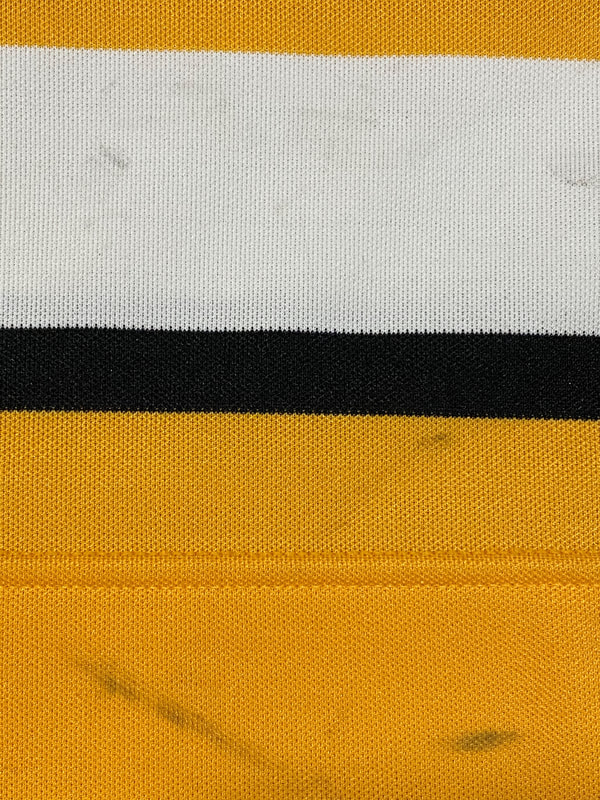 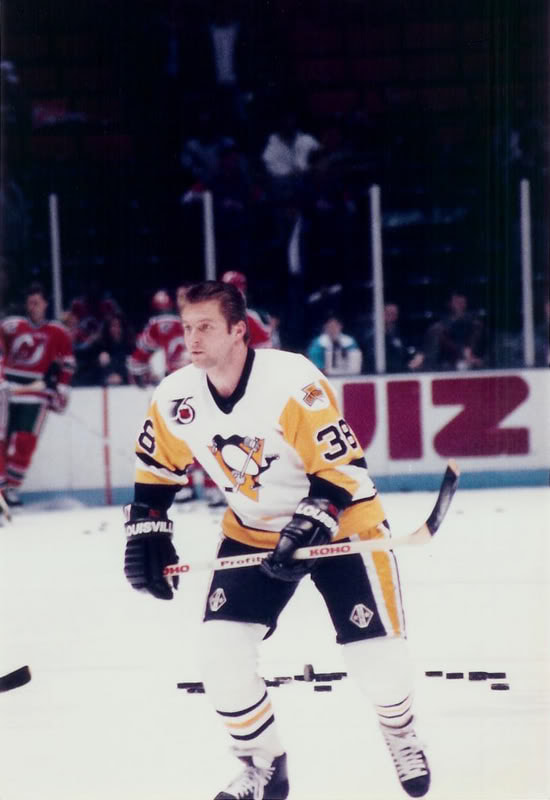 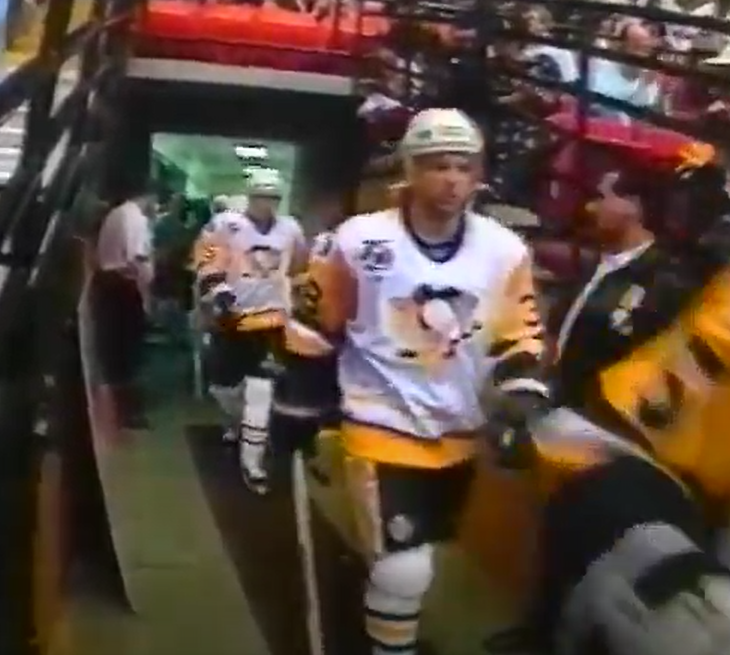 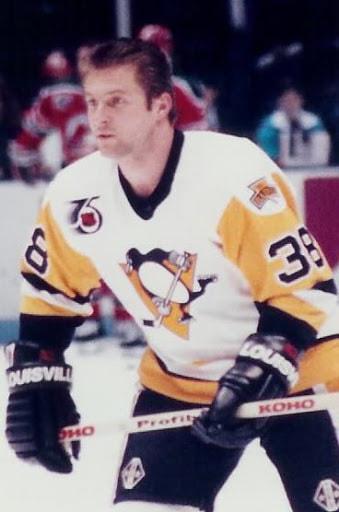