CAREER ACHIEVEMENTS
Game Logs
Marc-Andre Fleury was drafted out of the Quebec Major Junior Hockey League (QMJHL) first overall by the Pittsburgh Penguins in the 2003 NHL Entry Draft. He appeared in his first NHL game as the youngest goaltender in the league (18), on October 10, 2003, against the Los Angeles Kings, recording an impressive 46-save performance, which included a penalty shot save, in a 3–0 loss. Fleury recorded his first NHL win in his very next start, on October 18, with 31 saves in a 4–3 win over the  Detroit Red Wings. His first NHL shutout came on October 30, in a 1–0 victory over the Chicago Blackhawks.
Fleury made his first trip to the Stanley Cup Finals in 2008, losing to the Detroit Red Wings in six games. The following season, Fleury and the Penguins exacted their revenge, as Fleury won his first Stanley Cup, defeating the Red Wings in seven games.
Marc-Andre Fleury wore this home set 1 jersey for eleven games. He recorded five wins, five losses and one overtime loss. In addition, he recorded his 39th career shutout, stopping 22 shots in a 2-0 victory over the Ottawa Senators on October 15, 2015.
Later in the season, Fleury went on to win his second of three Stanley Cups with the Penguins. The next season, 2016-17, he captured his third and final cup with the Penguins. After the 2016-17 season, the Penguins lost Fleury in the expansion draft to the Vegas Golden Knights. Fleury went on to win his first Vezina Trophy as the leagues top goaltender during the 2020-21 season as a member of the Vegas Golden Knights. 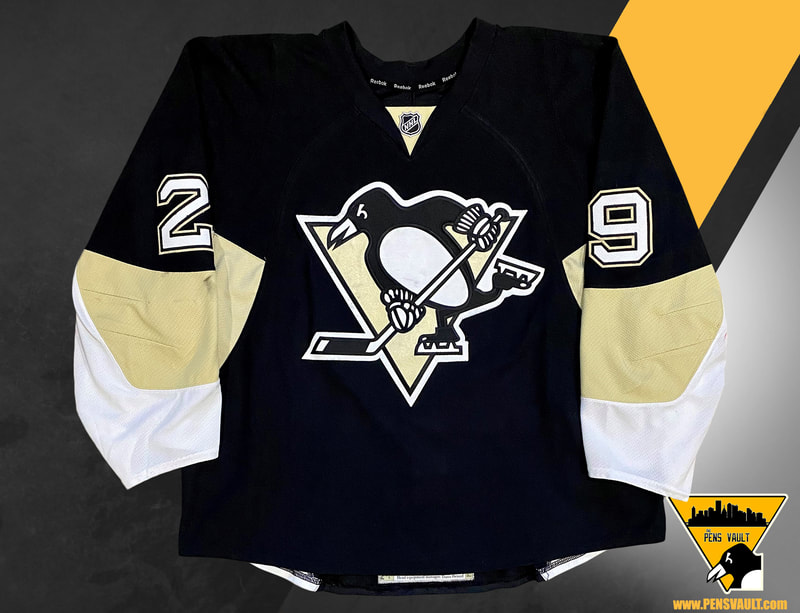 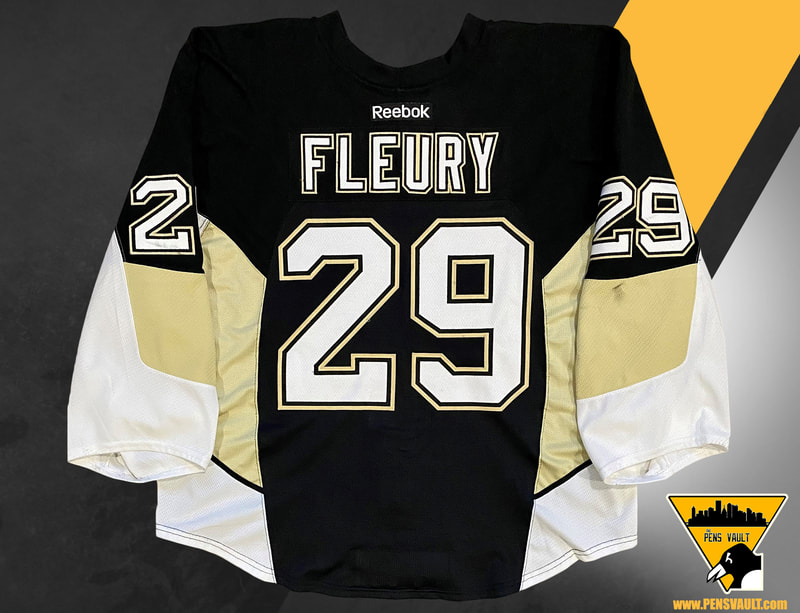 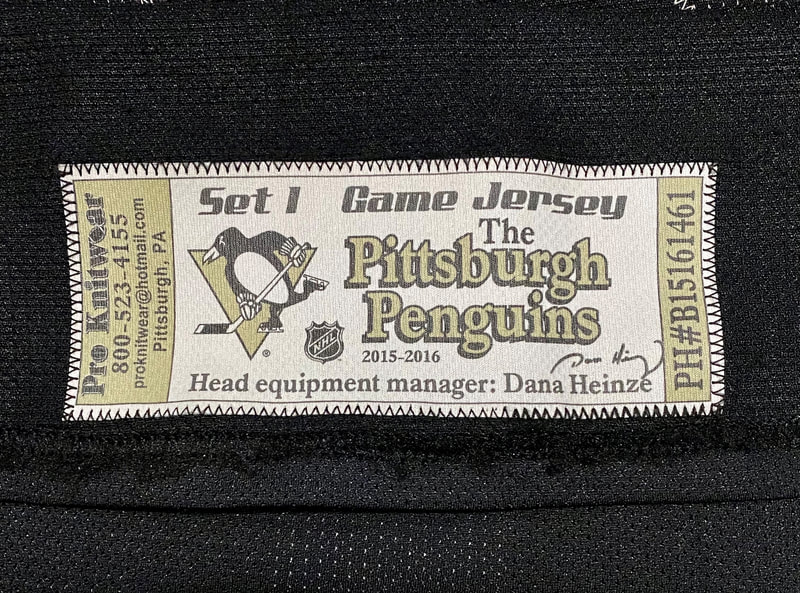 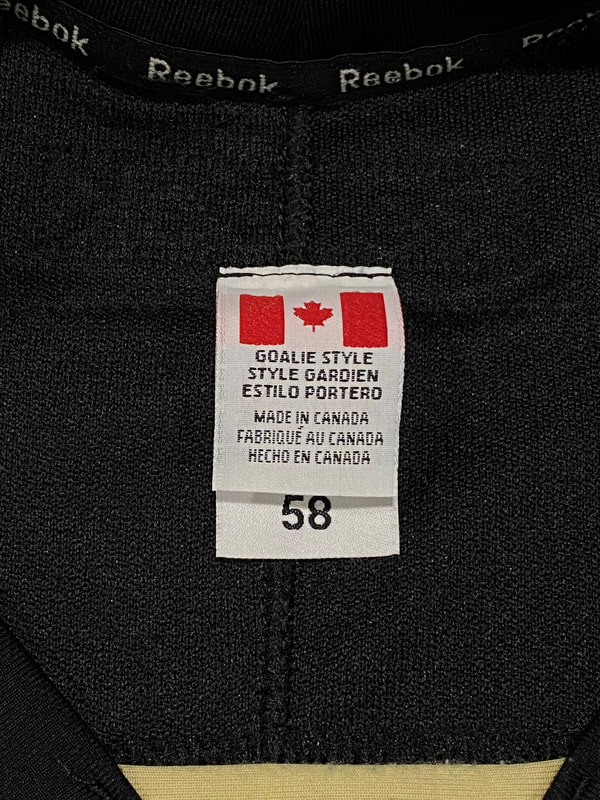 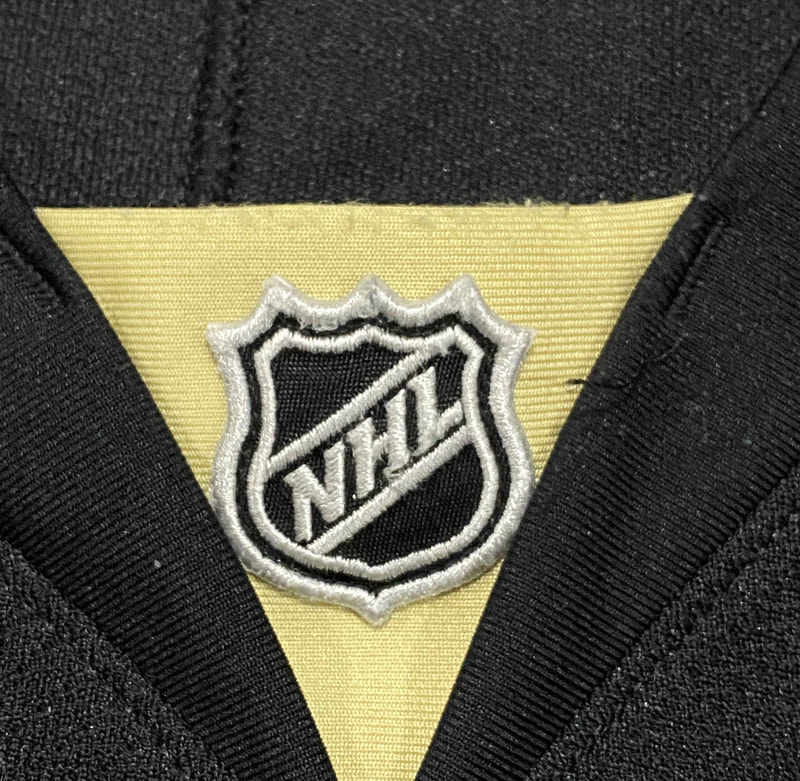 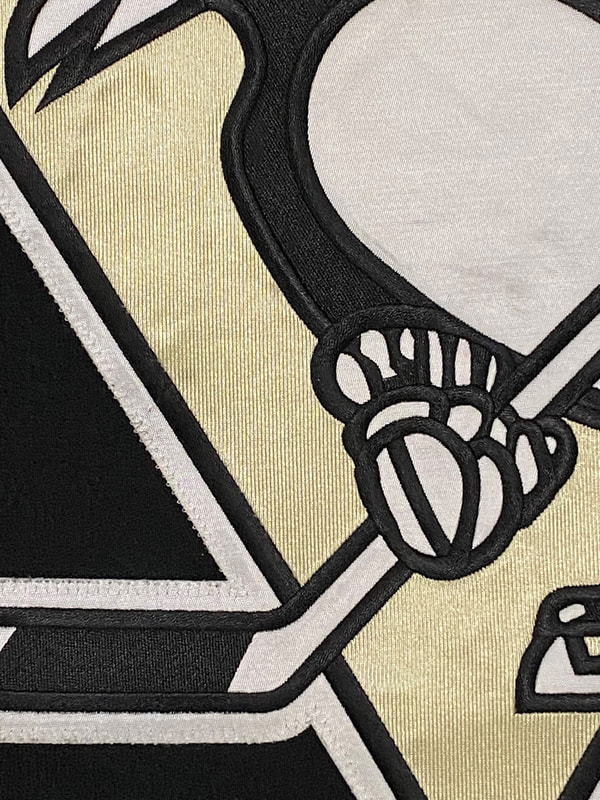 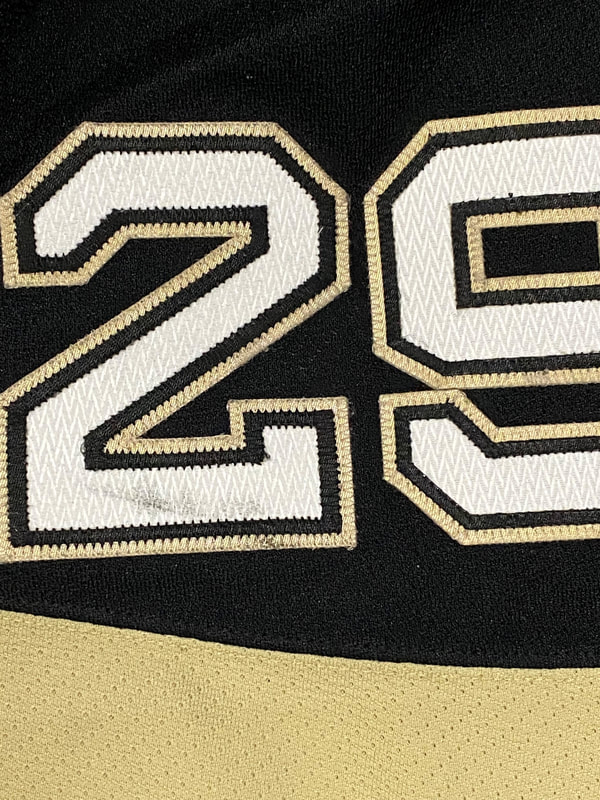 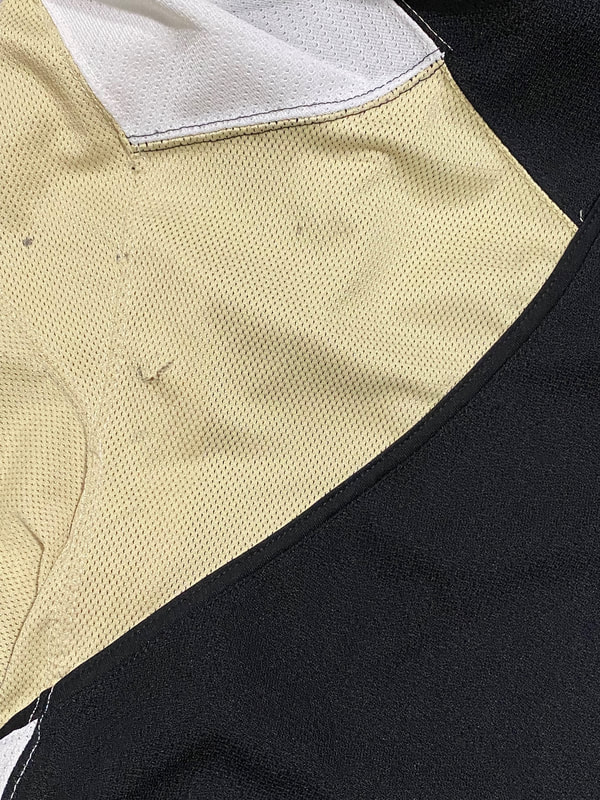 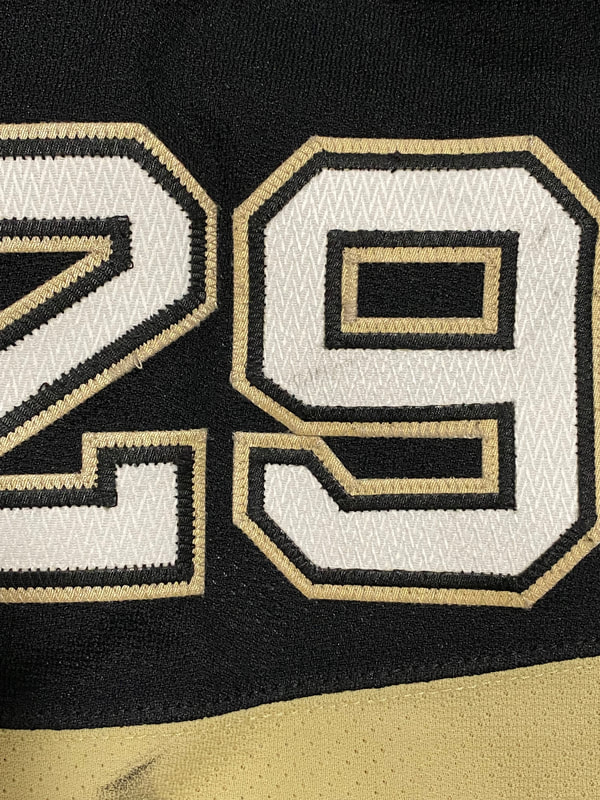 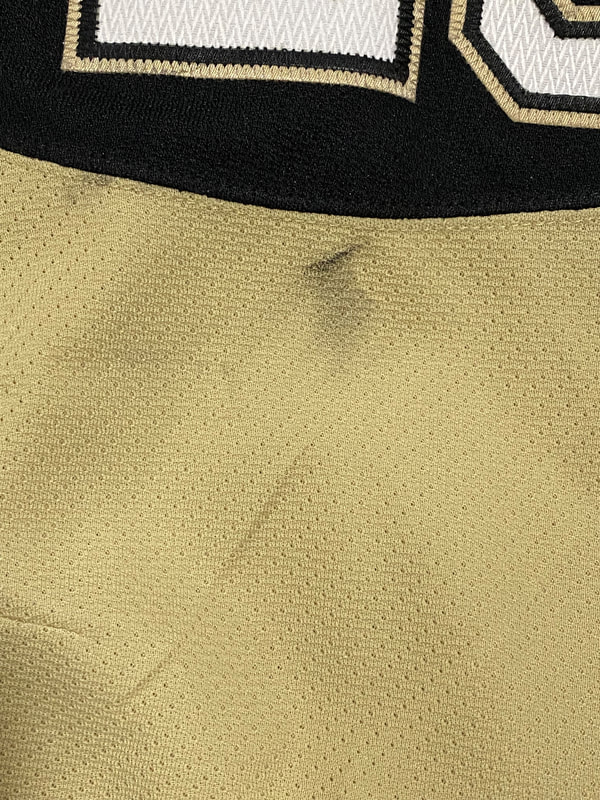 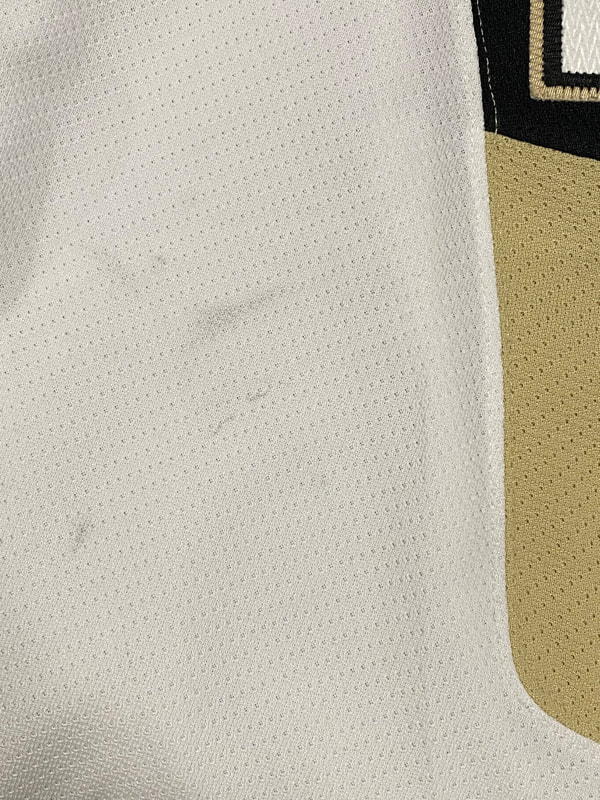 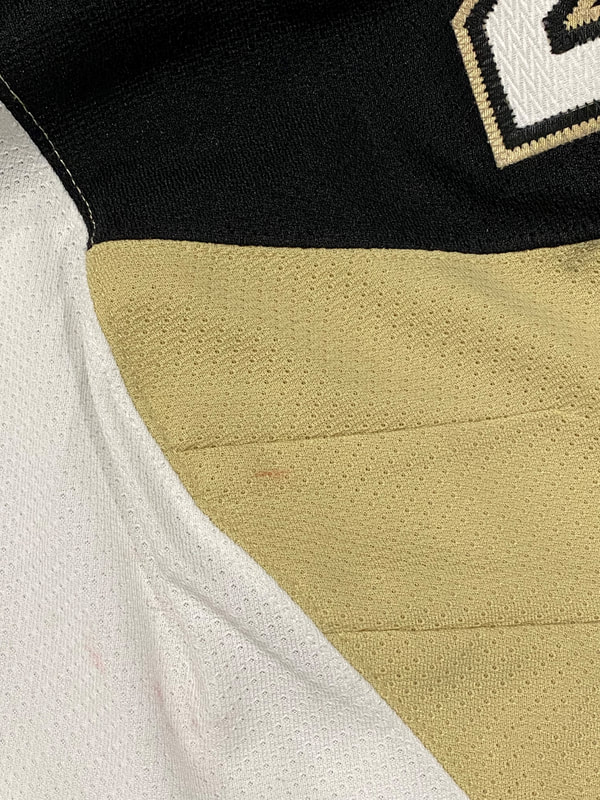 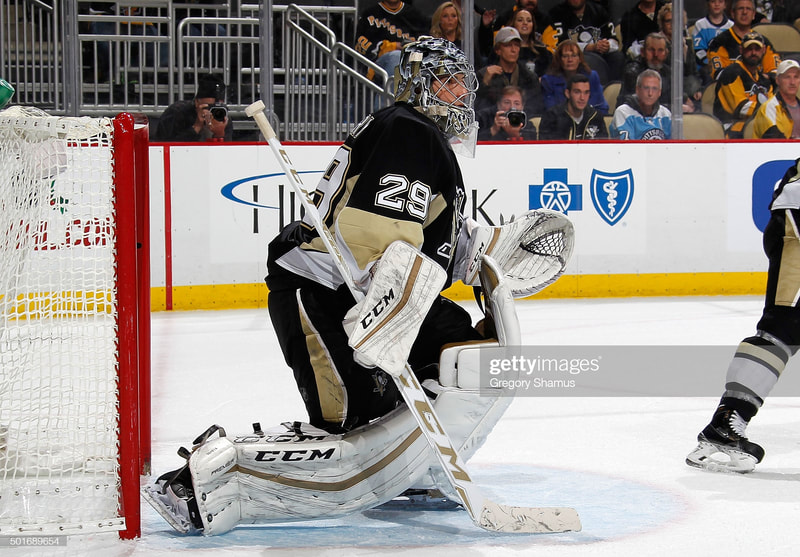 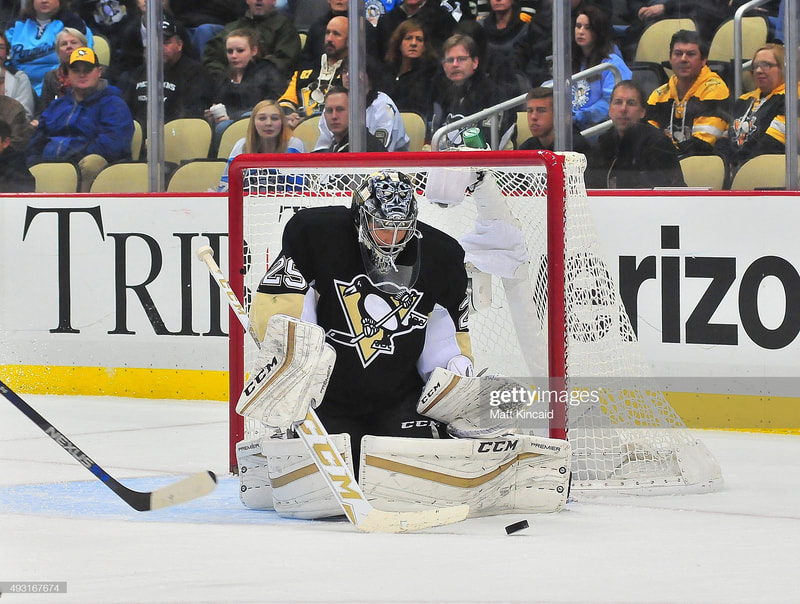 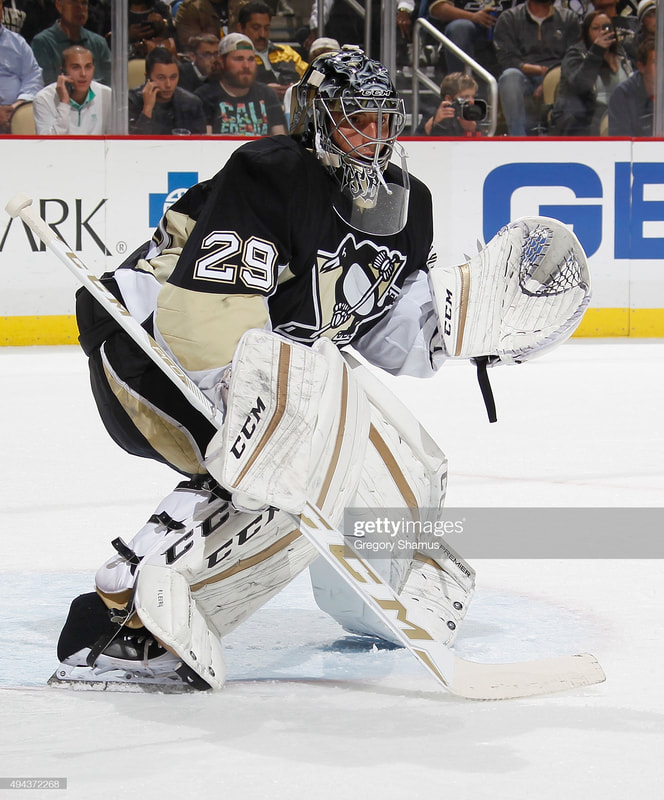 CAREER ACHIEVEMENTS
Game Logs
Pittsburgh Bicentennial Celebration Night
On March 17th, 2016 the Pittsburgh Penguins wore a specialty patched alternate jersey to commemorate the city of Pittsburgh's 200th year anniversary. The Pens faced off against the Carolina Hurricanes in the St. Patrick's Day matchup. Carl Hagelin wore this jersey for the entirety of the game. He picked up three assists and four penalty minutes in the Penguins 4-2 victory over the Canes. The jersey features a unique Bicentennial patch as well as a special team set tag sewn into the rear. The jersey was signed by Hagelin after the game. 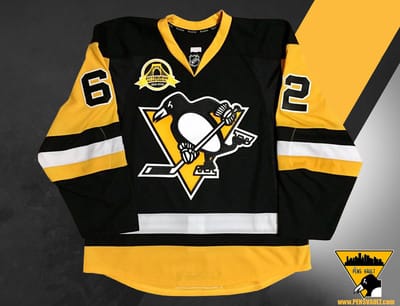 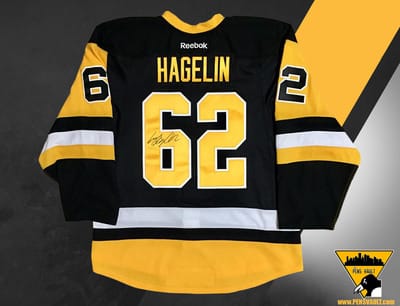 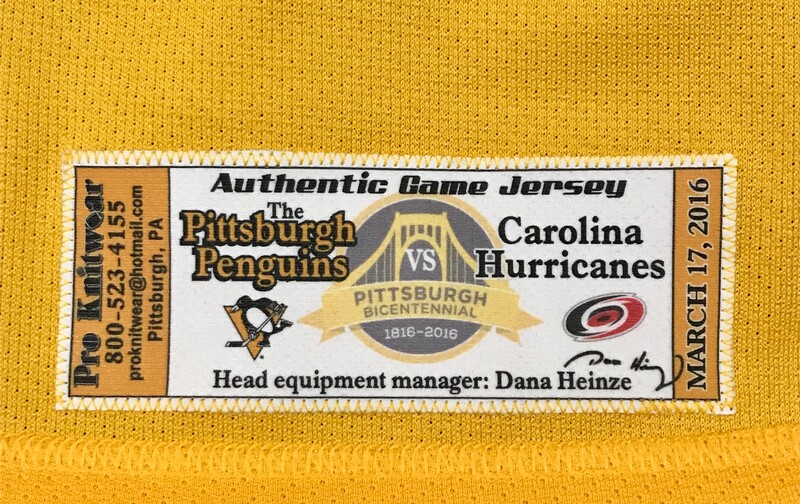 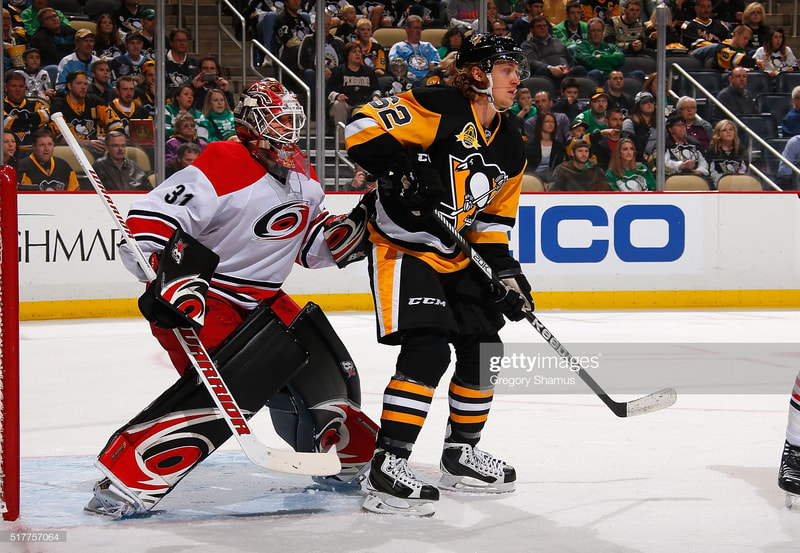