Game Logs
Matthew Barnaby was drafted by the Buffalo Sabres, in the 4th round of the 1992 NHL Entry Draft. He made his NHL debut on April 13, 1993 vs Montreal. After seven seasons with the Sabres organization during the 1998–99 season, Barnaby was traded from the Sabres to the Pittsburgh Penguins in exchange for Stu Barnes on March 11, 1999.
Barnaby instantly became a fan favorite with his pest-like antics and willingness to drop the gloves. Although Barnaby only played parts of three seasons in Pittsburgh, he managed to rack up 399 penalty minutes in 129 games.
The Penguins traded Barnaby to Tampa Bay on February 1, 2001 in exchange for Wayne Primeau. Barnaby went on to play for the Rangers, Avalanche, Blackhawks, and Stars before hanging up his skates in 2007.
Matthew Barnaby wore this road set 1 jersey for twenty games. He picked up a lone assist on a Milan Kraft goal against Ottawa on December 5, 2000. In addition, he logged 57 penalty minutes in those 20 games, including three fights. His willing combatants included the likes of Donald Brashear, Jeff Cowan, and Peter Worrell. Barnaby also held a minus three rating over that twenty game span. 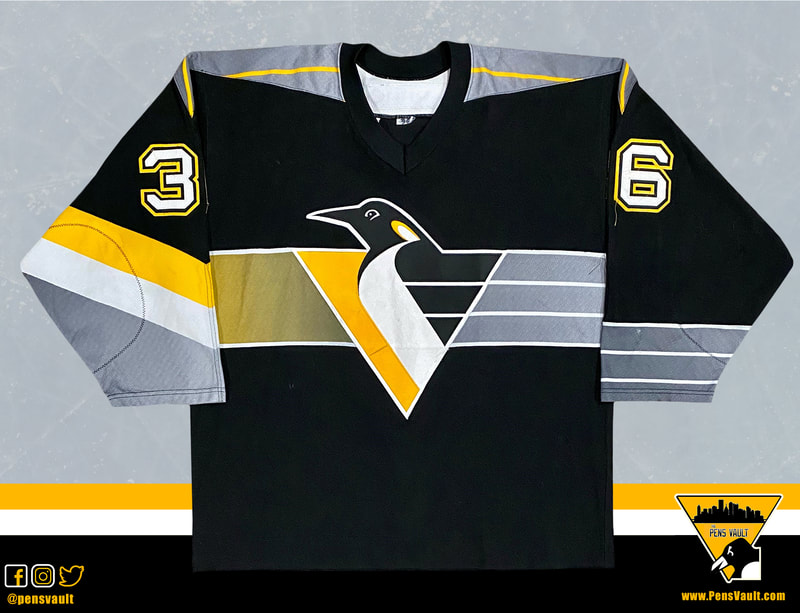 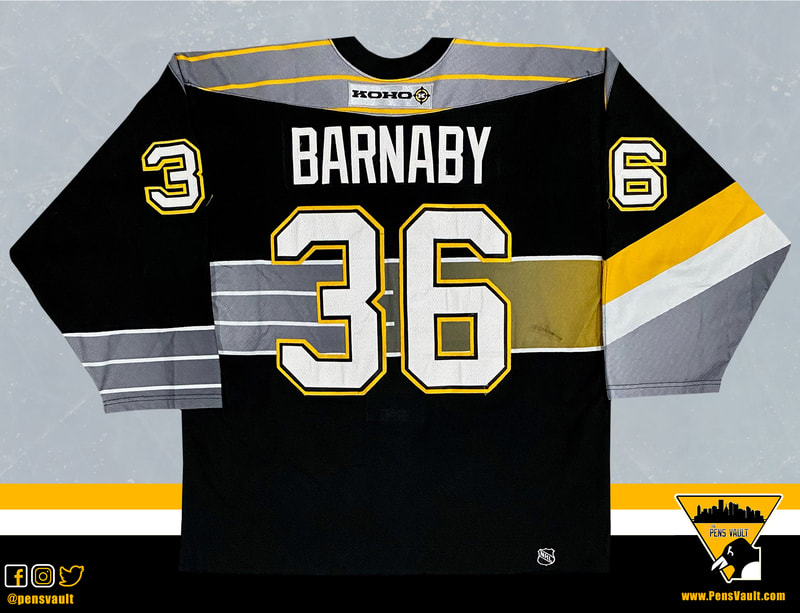 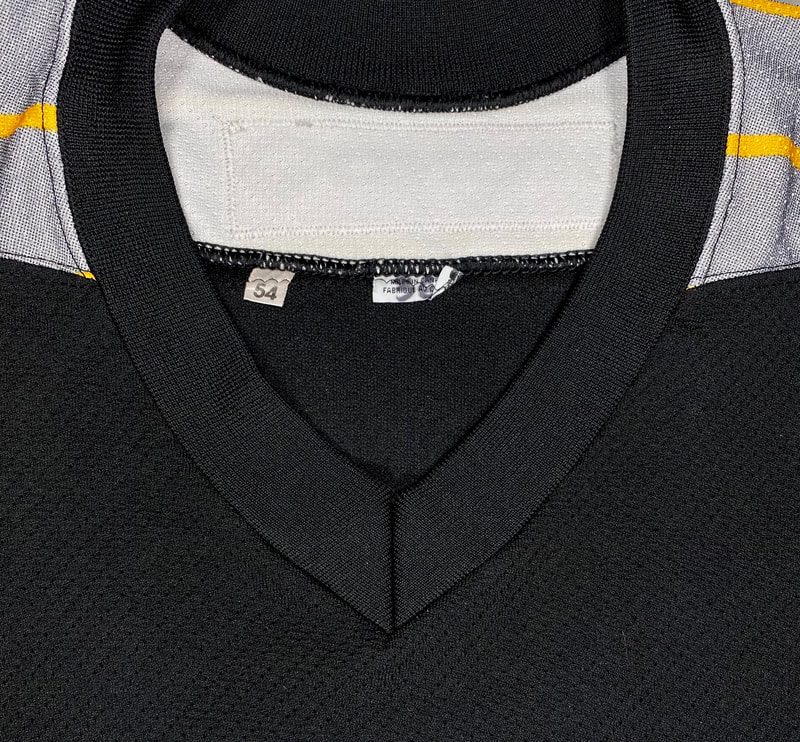 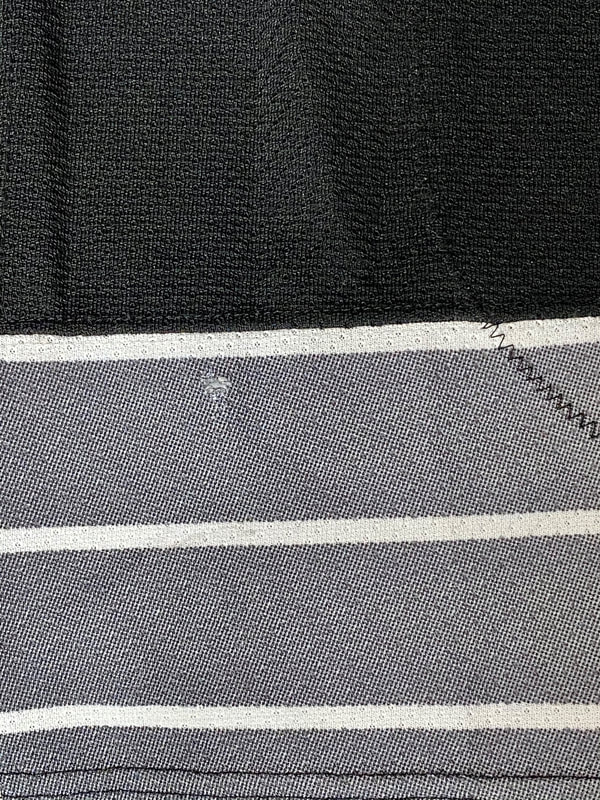 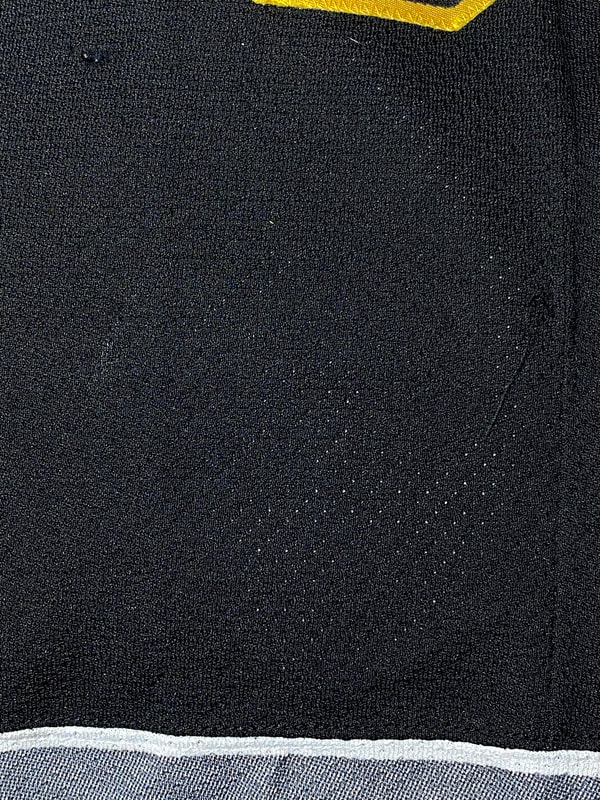 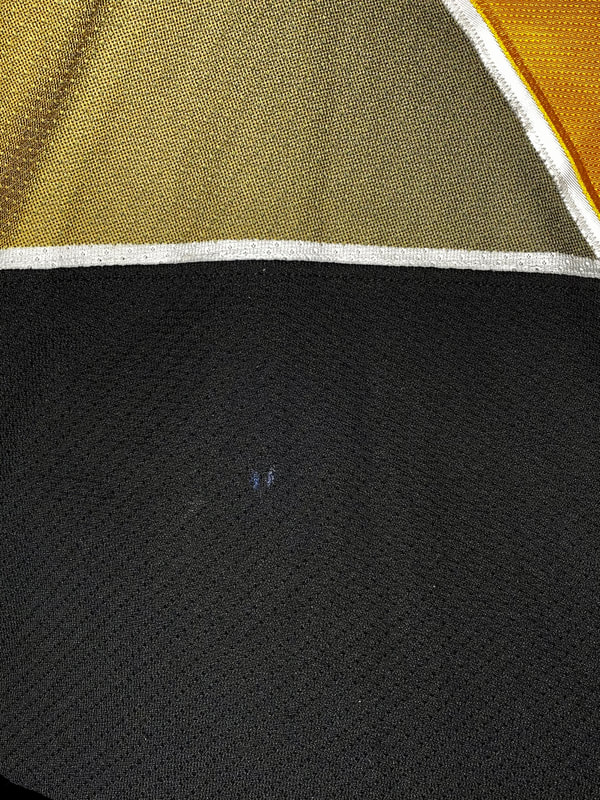 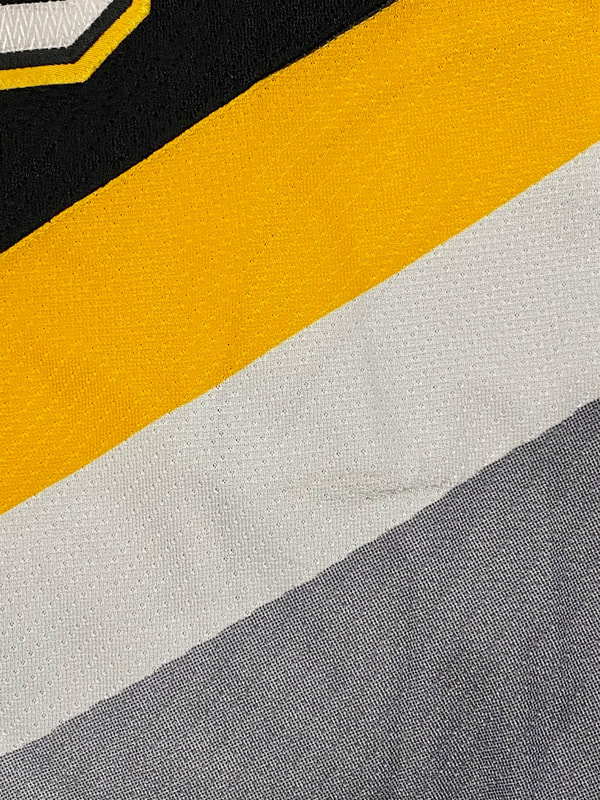 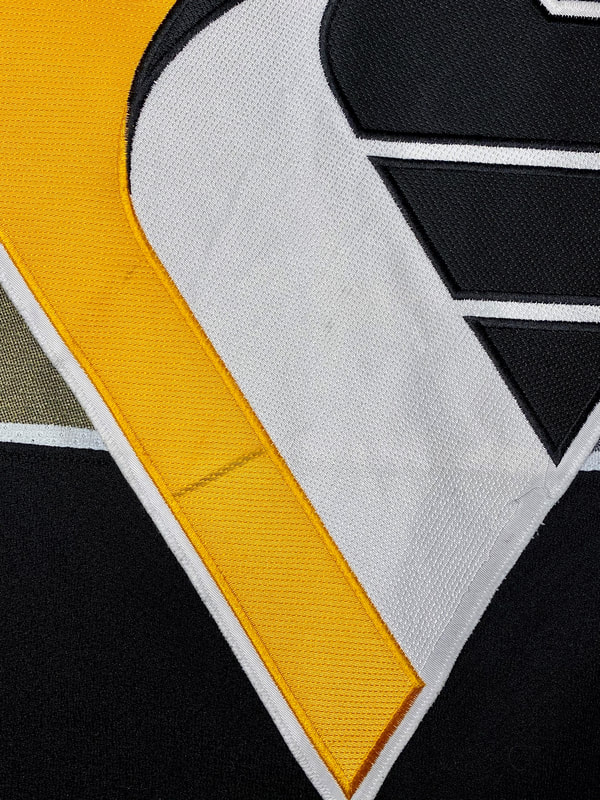 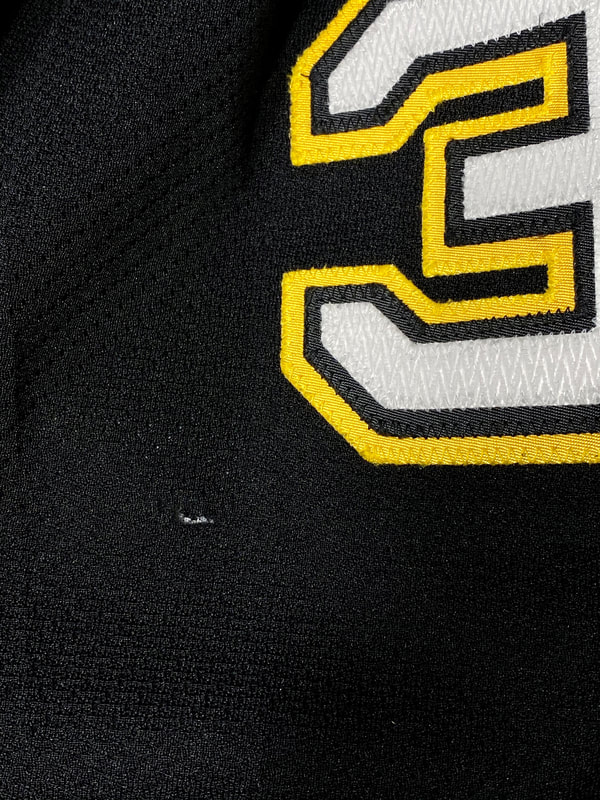 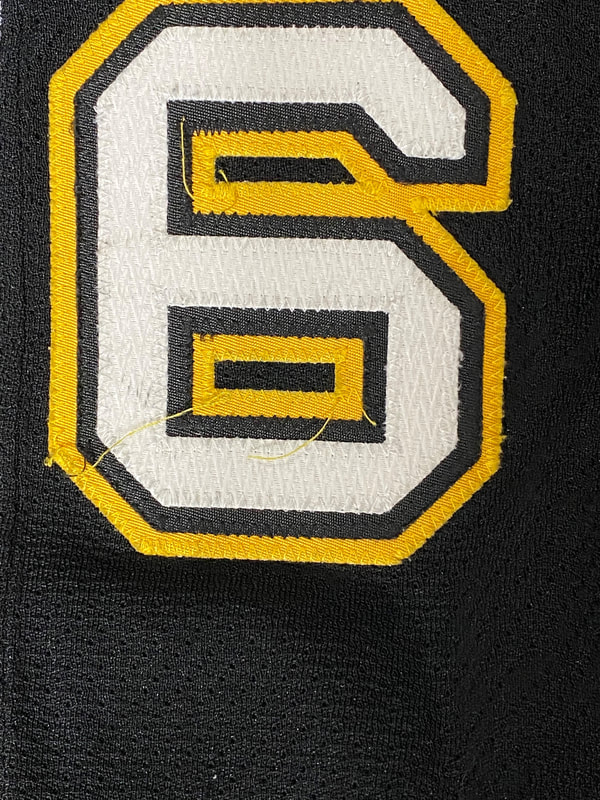 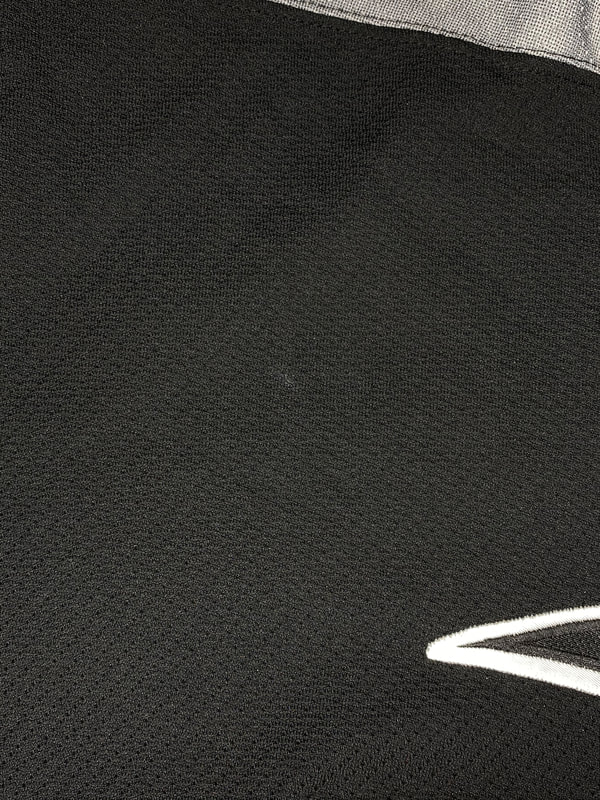 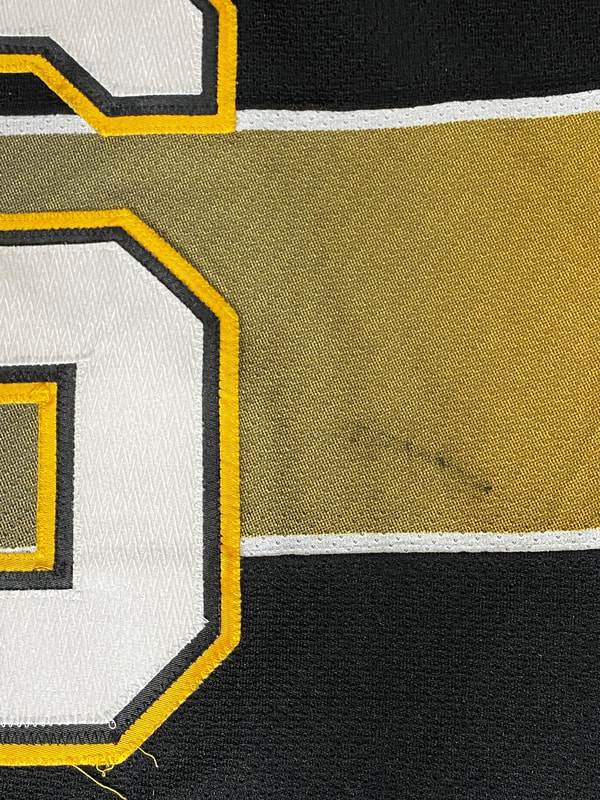 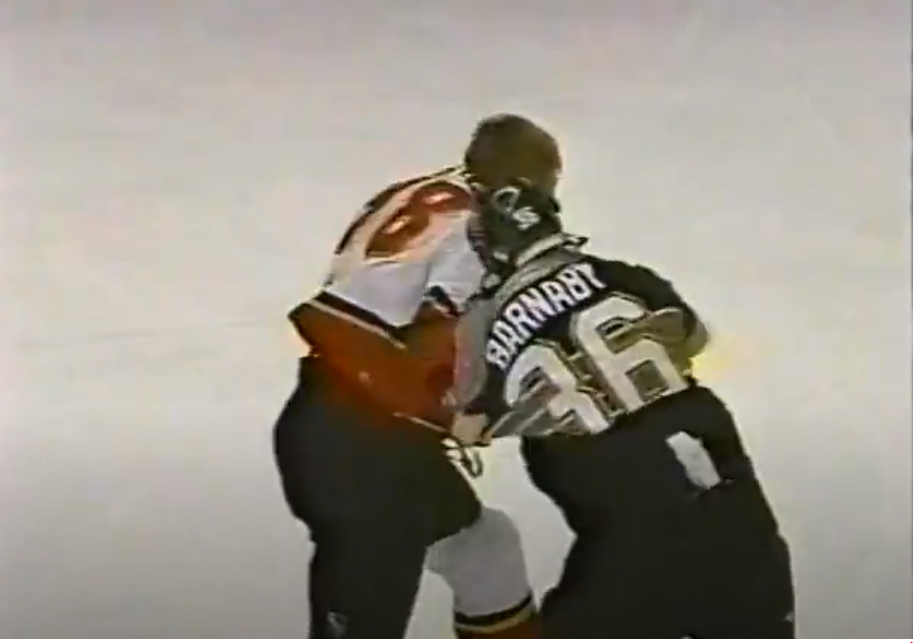 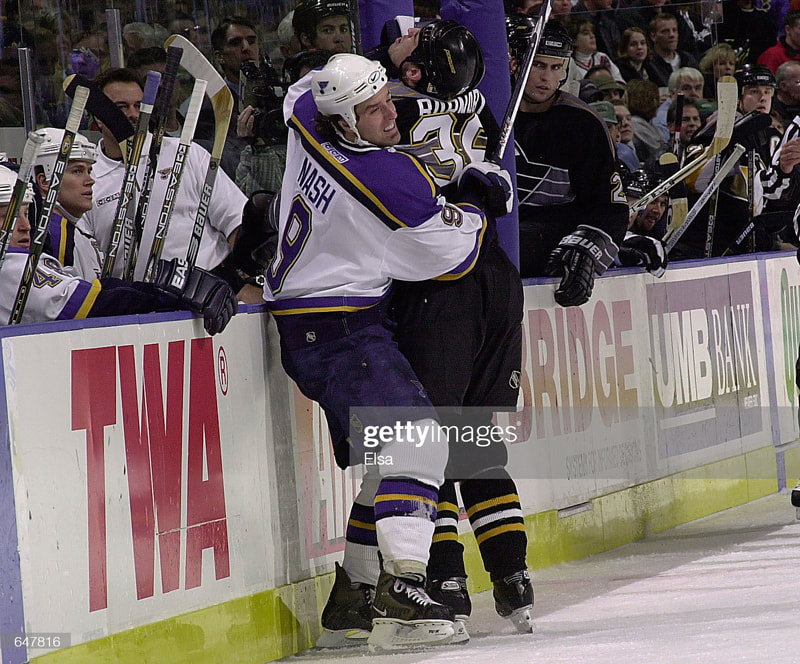 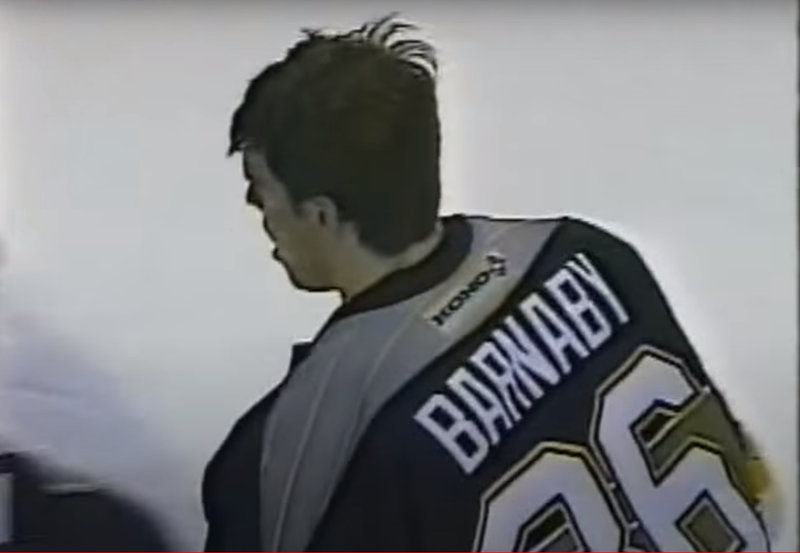 Game Logs
Darius began his career on Long Island in 1992-93 where he and the Islanders made a strong playoff push during which time they defeated the 2-time defending Stanley Cup champion Pittsburgh Penguins. Darius quickly became a fan favorite, possessing a nasty edge to his game and getting known as one of the league’s most gifted agitators. In 863 NHL games, he amassed 1379 well earned PIMS. Following his time on the Island, he served with the Penguins for 6 seasons, and then with the Avalanche and Rangers. He has represented Russia in the 1996 World Cup of Hockey and the Olympic games.
Kasparaitis wore this road set 2 jersey for eleven games. He scored two goals and added one assist over those games. In addition to his three points, he held a plus one rating and logged seventeen penalty minutes, including one fight with Islander's' tough guy Steve Webb, on April 2, 2001. The jersey exhibits multiple unrepaired holes, scattered stick/puck marks, and a few blood stains throughout. 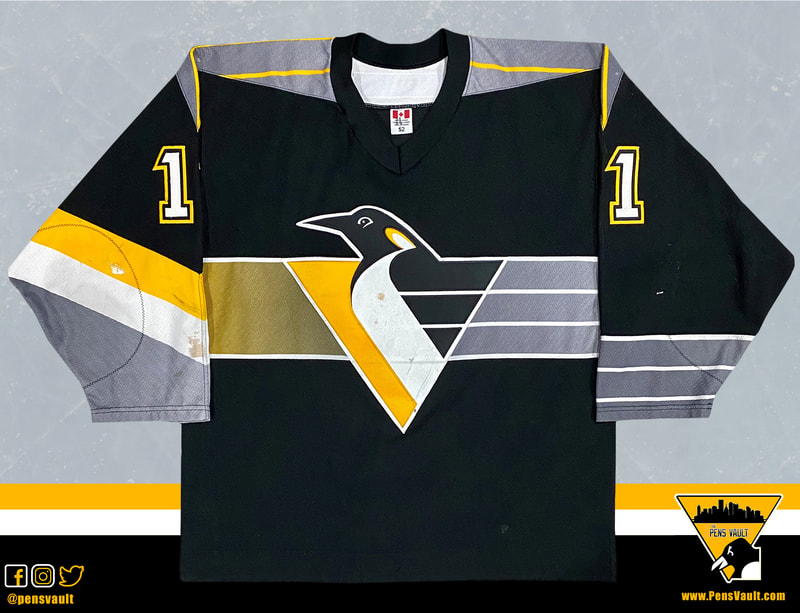 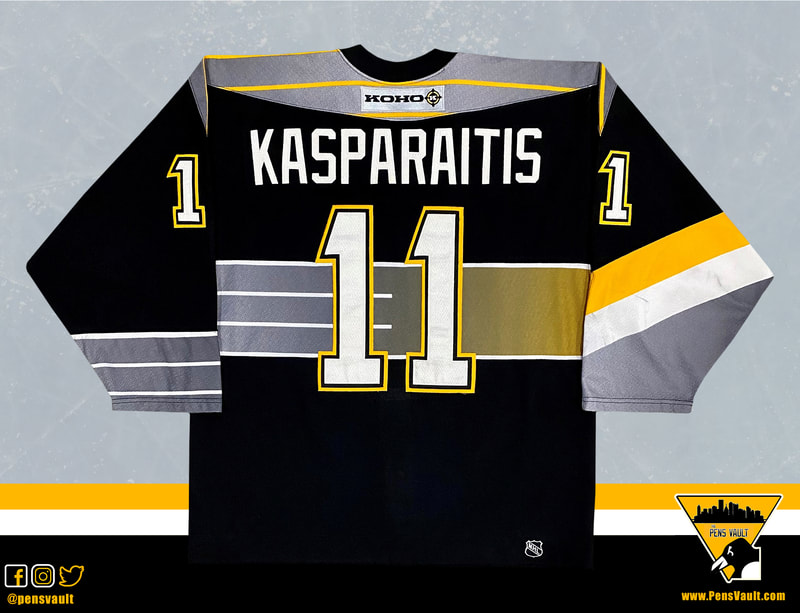 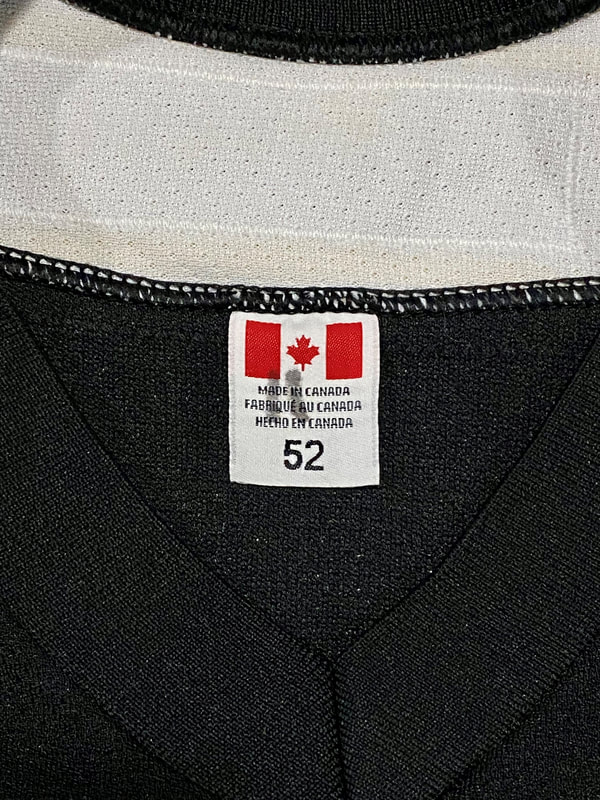