Game Logs
Hockey Hall of Fame Induction Game
DeSmith, a native of Rochester, New Hampshire, stayed home and played three seasons at the University of New Hampshire. After going undrafted, he began his pro career by signing with Wheeling of the ECHL on June 30, 2015.
He split the 2015-16 season between Wheeling and Wilkes-Barre/Scranton of the American Hockey League and went 5-4 for Wilkes-Barre/Scranton in the AHL playoffs, including a team-record 59-save performance in a double-overtime win against Providence on April 23, 2016.
Wilkes-Barre/Scranton signed DeSmith for the 2016-17 season, and he led the AHL with a 2.01 goals-against average and .926 save percentage. He and teammate Tristan Jarry formed the best goaltending duo in the AHL.
The Pittsburgh Penguins signed DeSmith to his first NHL contract July 1, 2017, and after he started the AHL season by winning his first three games, he was called up by the Penguins and made his NHL debut on Oct. 29, 2017. His first start and first victory in the NHL came on Jan. 18, 2018, when he made 29 saves in Pittsburgh's 3-1 win against the Los Angeles Kings. He earned his first NHL shutout against the Ottawa Senators on April 6, 2018, helping the Penguins clinch home ice for the first round of the Stanley Cup Playoffs. On July 5, 2022, the Penguins re-signed DeSmith to a two-year, $3.6 million contract.
Casey DeSmith wore this road set jersey for the 2022 Hall of Fame Game against the Toronto Maple Leafs on November 11, 2022, at Scotiabank Arena in Toronto. DeSmith stopped 28 of 30 shots in a 4-2 victory over the Leafs, while posting a .933 save %. The 2022 Hall of Fame Game patch is sewn to the upper right chest of the jersey. The Penguins did not tag this particular set of jerseys. 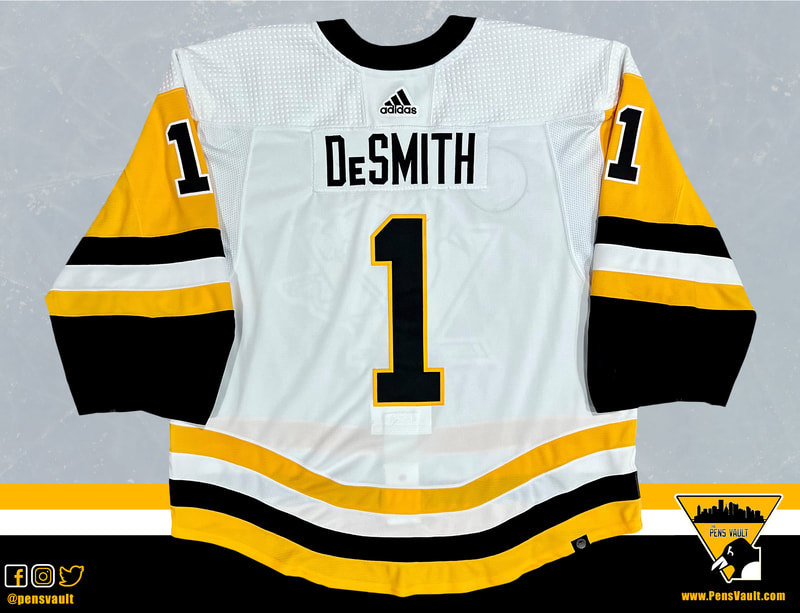 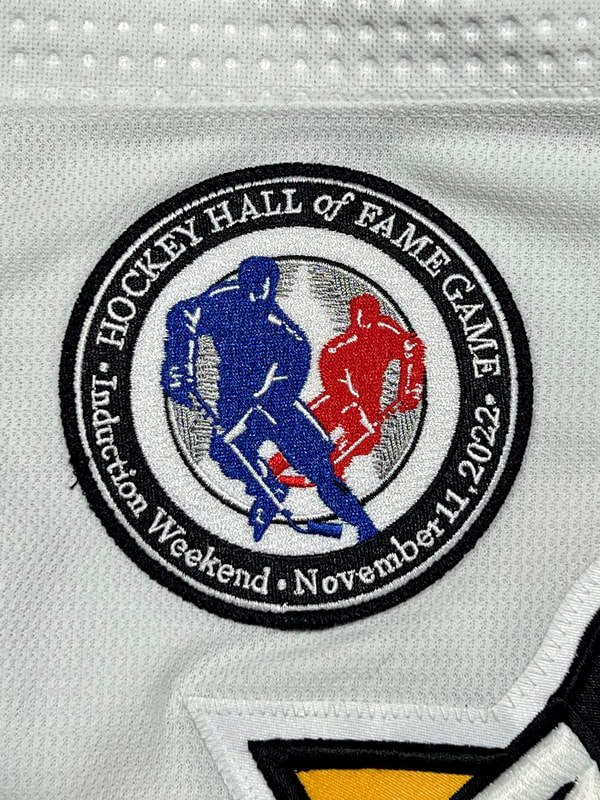