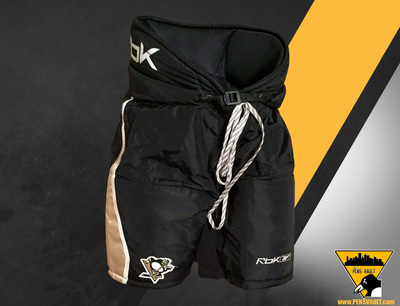 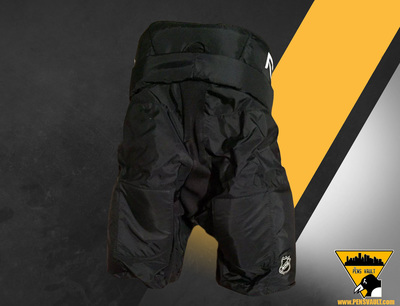 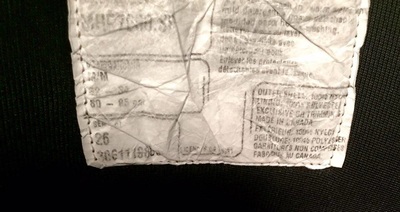 This alternate 3rd jersey pant shell was issued for use by Chris Connor during the 2012-13 season. Connor never dressed for any game in which the Pens wore their alternate jerseys. The shell is a size medium made by Reebok. # 23 is written inside the shell on the size tag. 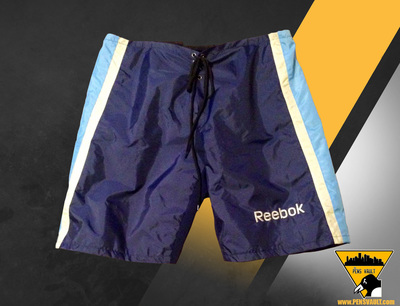 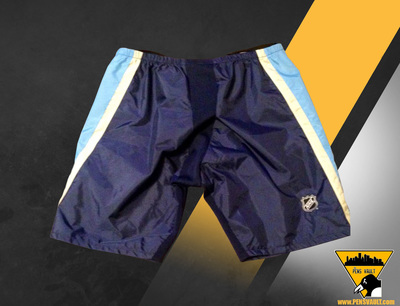 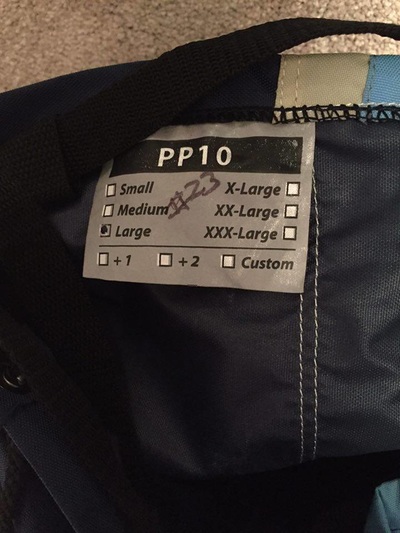 This pant shell was worn by Penguins defenseman Matt Niskanen during the 2014 Stadium Series game in Chicago Illinois. The shell was worn for the pre-game warm-up and during the entirety of the game. The Blackhawks would skate to a 5-1 over the Pittsburgh Penguins. 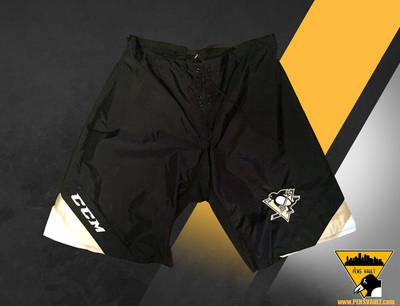 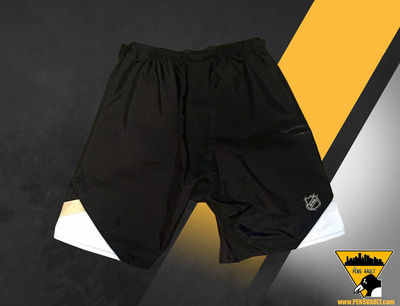 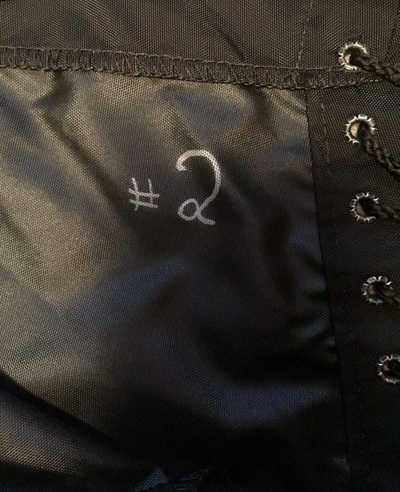 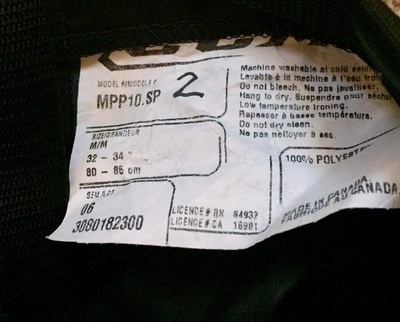 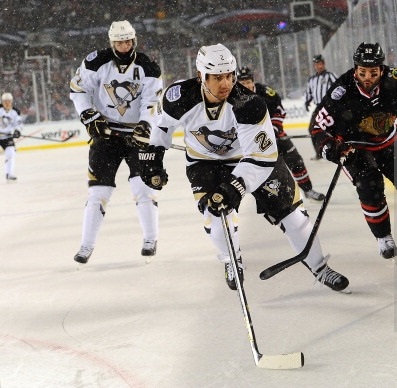 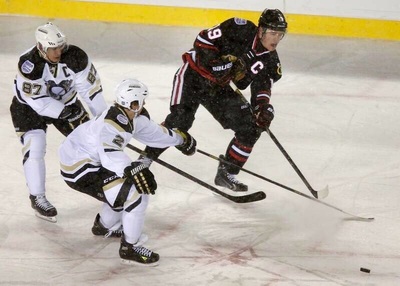 Pittsburgh Penguins 2014-15 Game Issued Alternate Uniform Pants CCM HP70 Size (M)
This pair of CCM HP70 Alternate pants were issued to the Penguins for use during the 2014-15 NHL Season. The pants were never used. They are a size Medium. 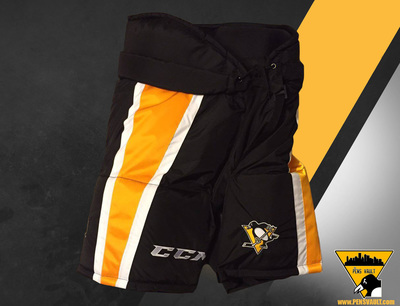 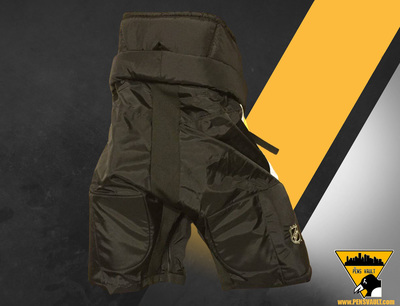 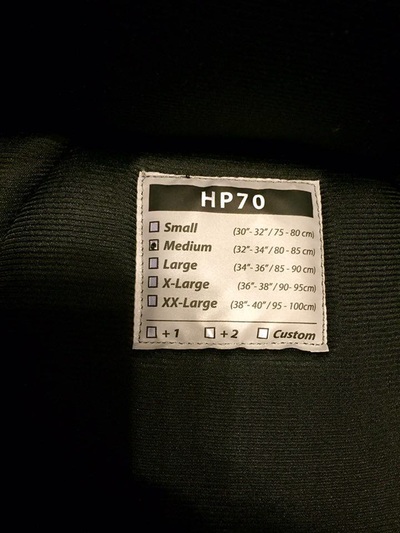 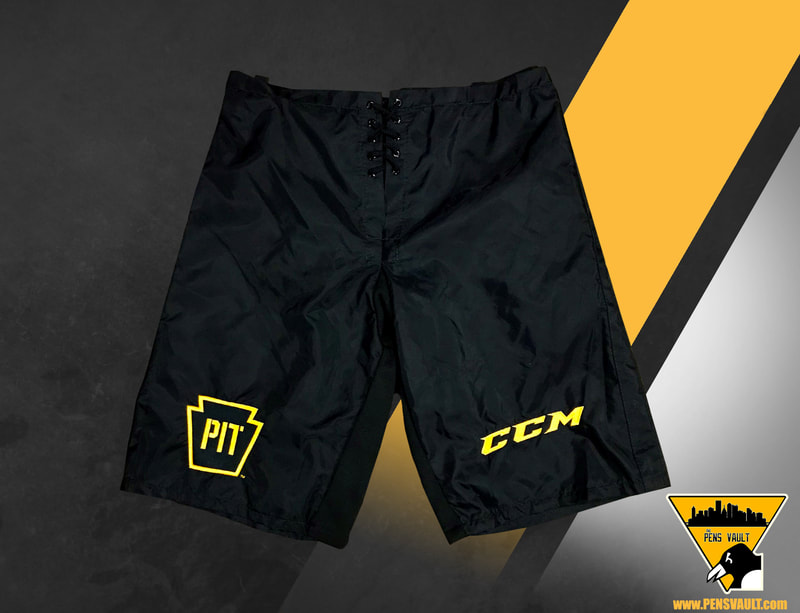 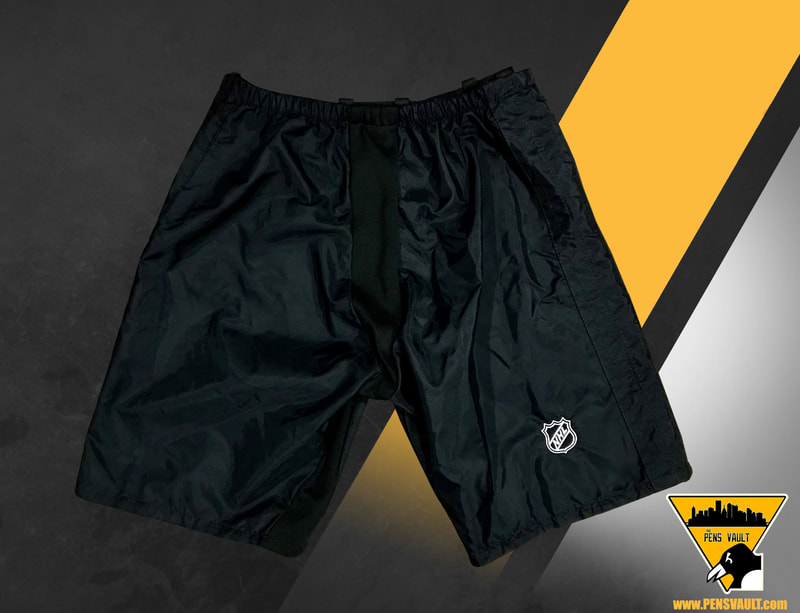 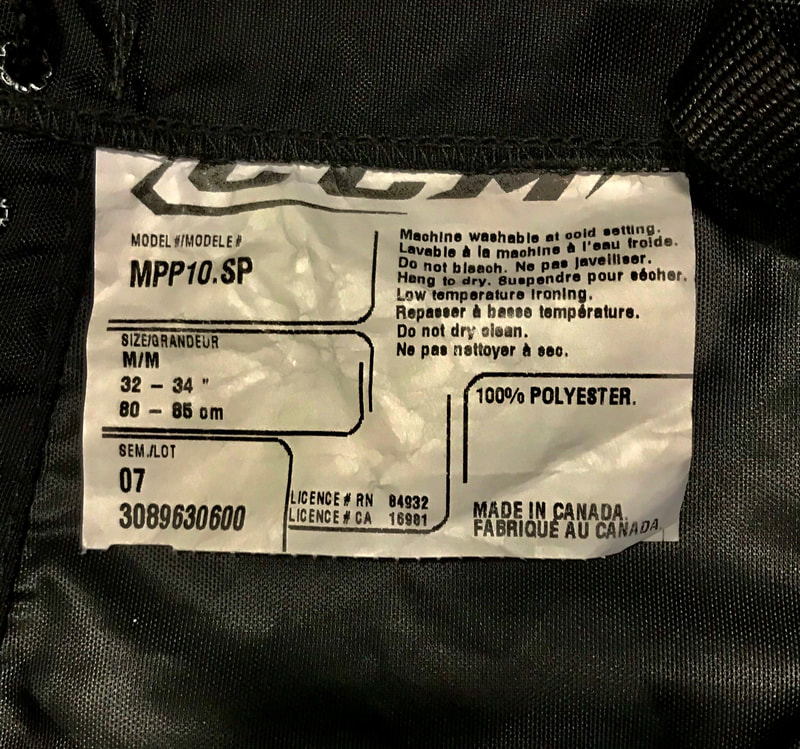