GAME LOGS
Darius Kasparaitis was drafted by the New York Islanders 5th overall in the 1992 NHL Entry Draft. Kasparaitis broke into the league during the 1992-93 season suiting up for 79 games with the Islanders. Kasparaitis was known for his aggressive physical playing style, leading his team in hits during his rookie season. On November 17, 1996 Kasparaitis was traded to the Pittsburgh Penguins. Kaspar became an instant fan favorite with his aggressive play and bone crushing hits.
Darius played six seasons with the Penguins before he was dealt to the Colorad o Avalanche during the 2001-02 season. The following season Kaspar signed with the New York Rangers. He played with the Rangers up until the 2006-07 season, his last in the NHL.
Kasparaitis will be remembered in Pittsburgh for his infamous overtime goal against the Buffalo Sabres during the 2000-01 Stanley Cup Playoffs. His timely and unexpected tally propelled the penguins into the conference finals.
Darius Kasparaitis wore this 1999-00 Road set 3 jersey for the Stanley Cup Playoffs and the 2000-01 Preseason. The ProPlayer logo on the rear hem of the jersey was covered by the team prior to the 2000-01 preseason due to the expired contract between the league and ProPlayer. The jersey features the NHL 2000 patch on the upper right chest area. There are multiple stick marks and board burns throughout the jersey. Kaspar wore this jersey for six playoff games. He registered one goal and four penalty minutes in this jersey.

Game Logs
Alexei Kovalev was drafted by the New York Rangers in the first round, 15th overall in the 1991 NHL Entry Draft. He became the first Russian player to be drafted in the first round in the history of the NHL. He made his NHL debut during the 1992-93 season. The very next season, Kovalev became a big part of the Rangers Stanley Cup Championship team, finishing third in team scoring throughout the playoffs.
On November 25, 1998, Kovalev was traded to the Pittsburgh Penguins. Kovy spent parts of four season in Pittsburgh before being traded back to the Rangers on February 10, 2003. Kovalev was once again traded by the Rangers, this time to the Montreal Canadiens, on March 2, 2004. He spent five season in Montreal before signing with the Ottawa Senators to begin the 2009-10 season. On February 24, 2011 the Senators traded Kovalev back to the Penguins, who were trying to bolster their lineup ahead of the Stanley Cup Playoffs. After playing overseas during the 2011-12 season, Kovalev signed with the Florida Panthers for the 2012-13 season. He played only fourteen games before calling it a career.
Alexei Kovalev wore this road set 1 jersey for 25 games. He scored five goals and added ten assists over that span. Along with his fifteen points, he logged 34 penalty minutes and held a minus six rating. 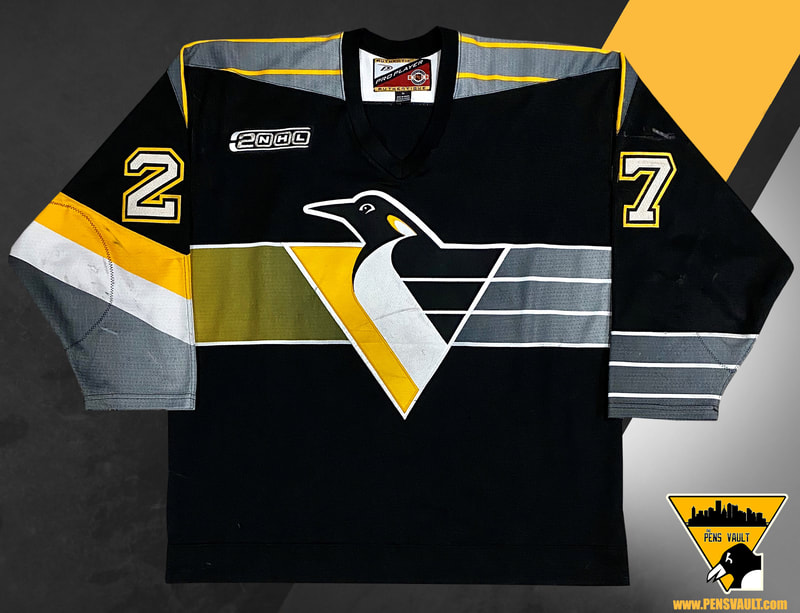 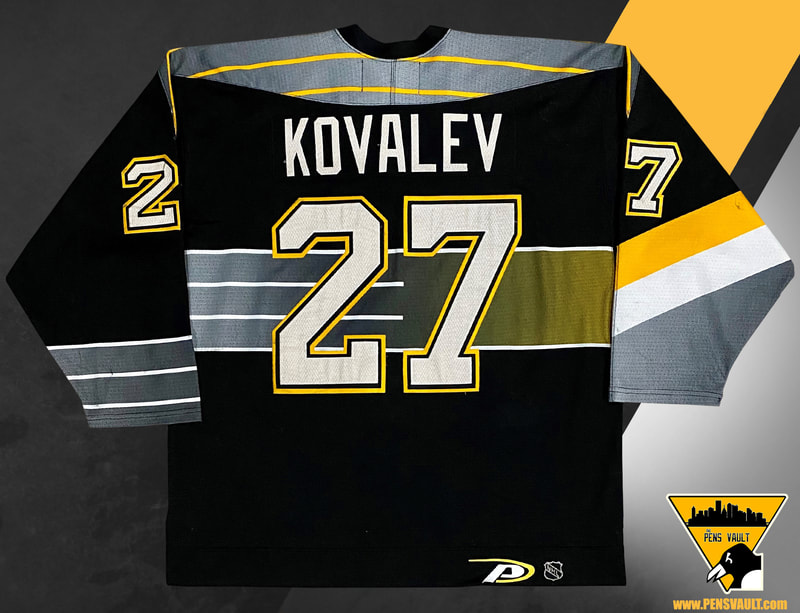 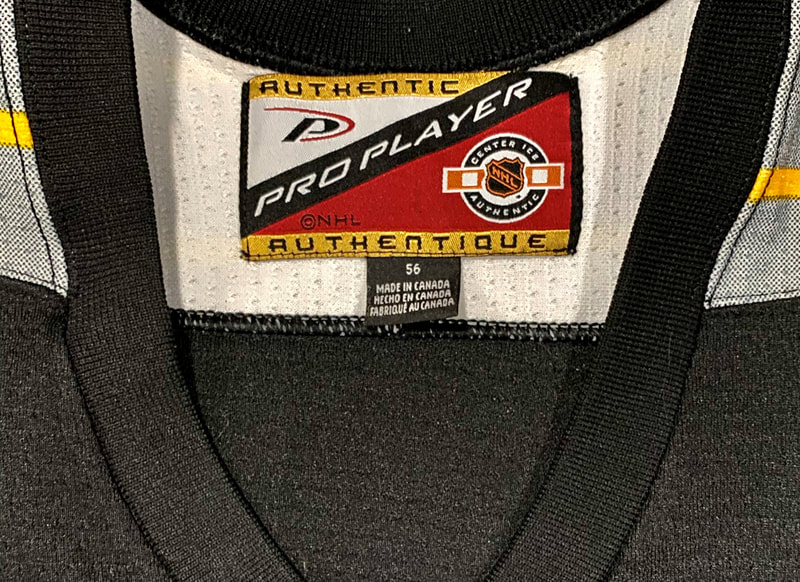 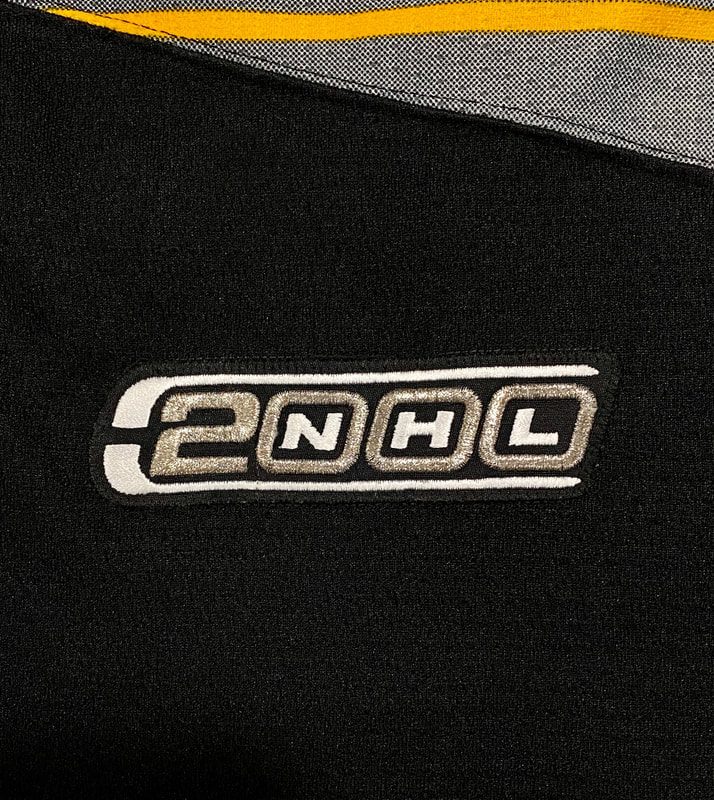 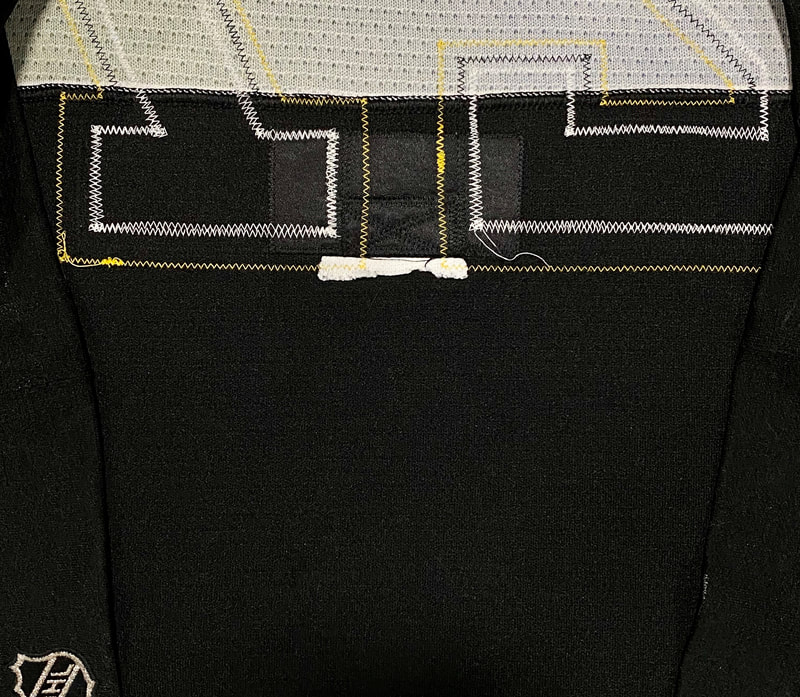 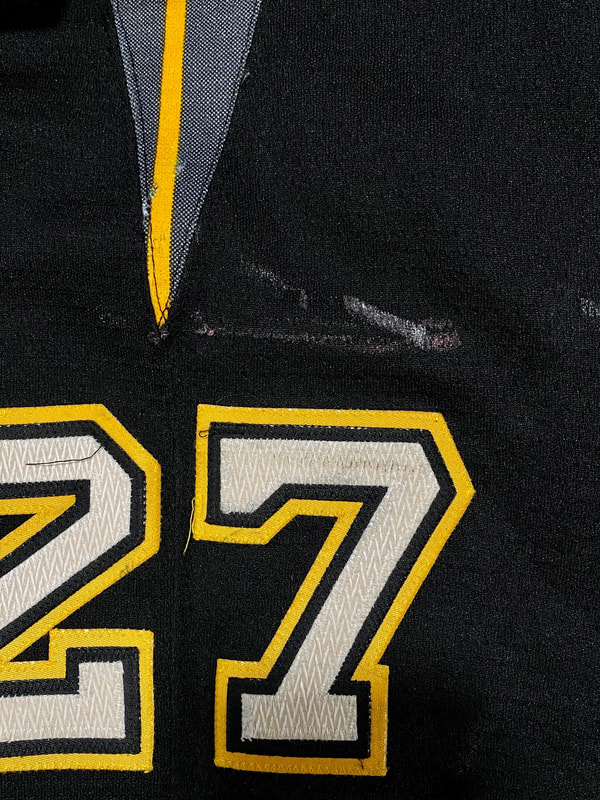 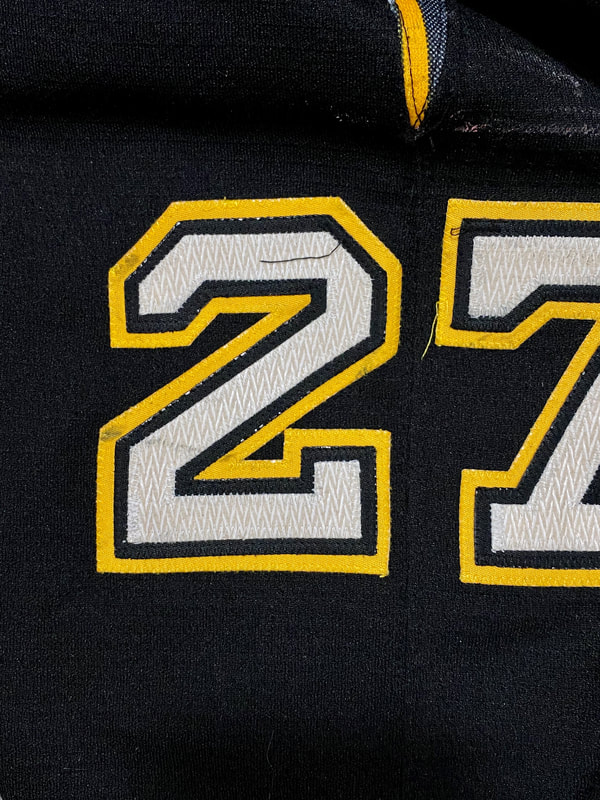 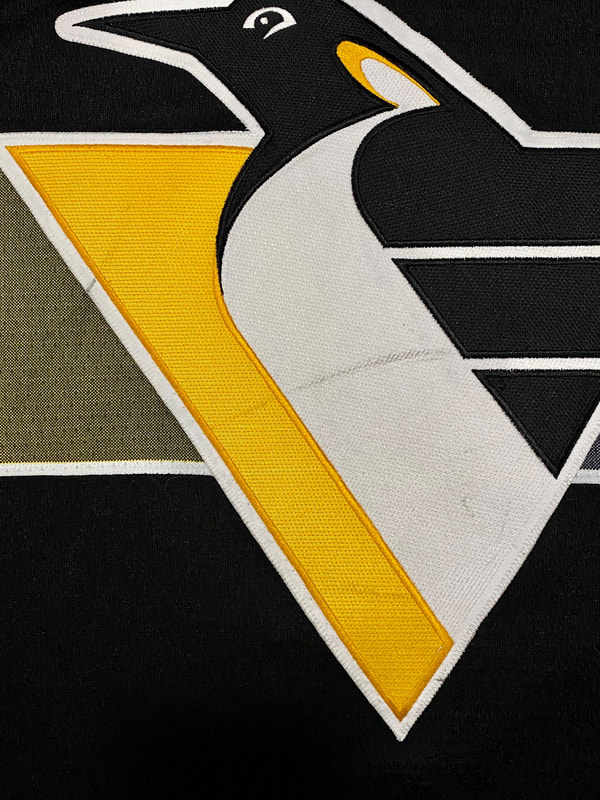 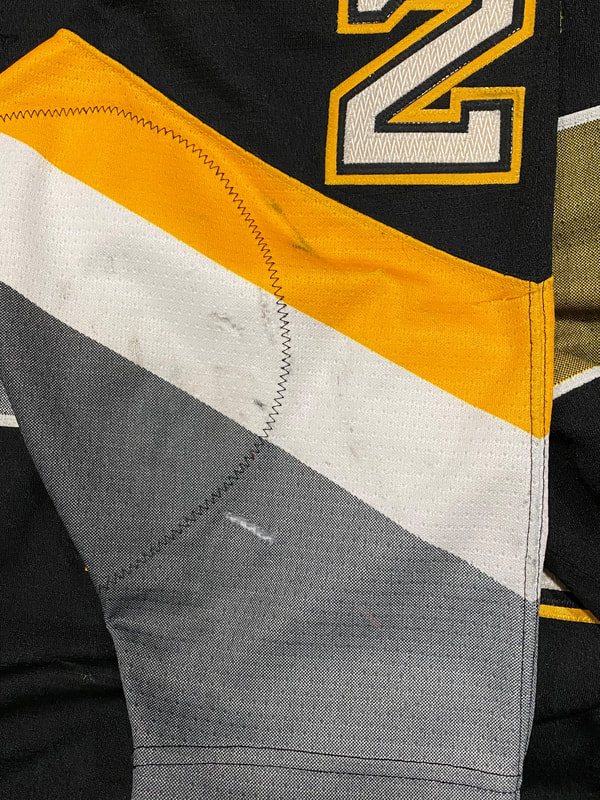 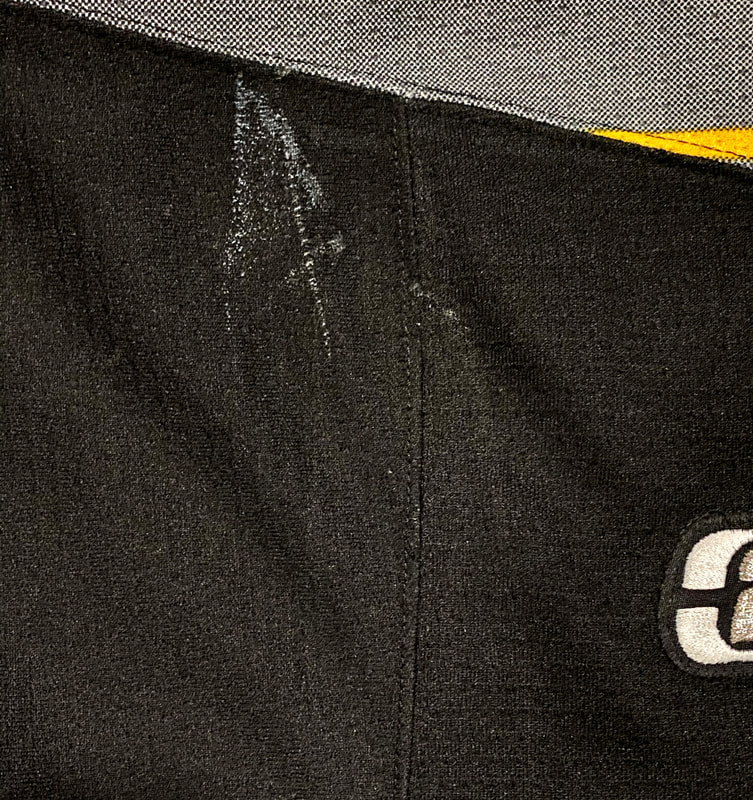 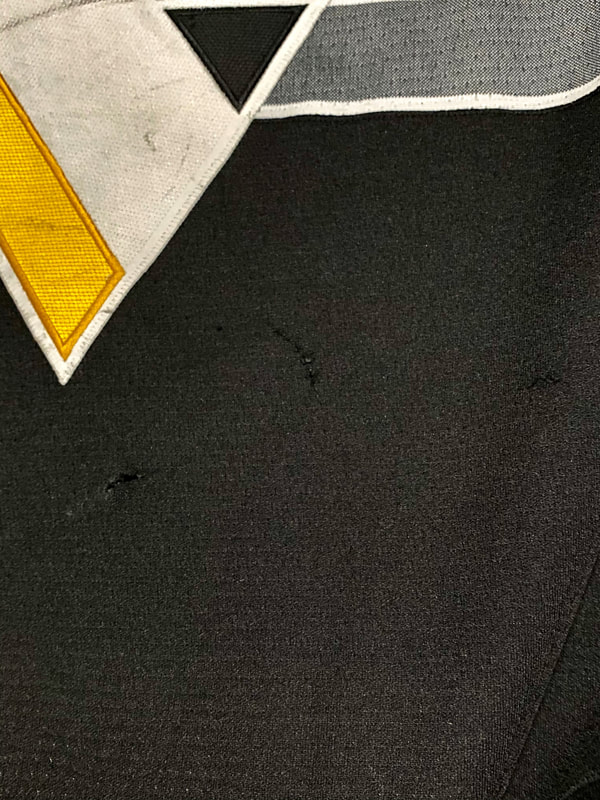 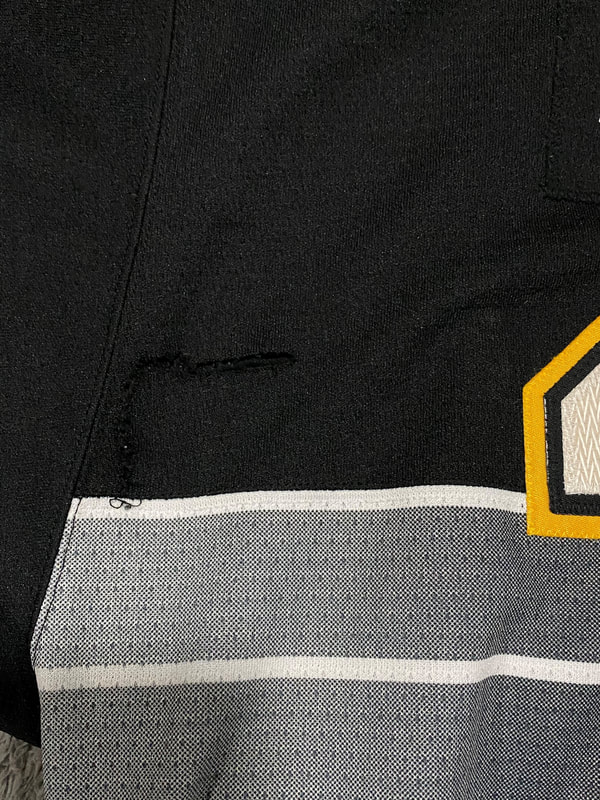 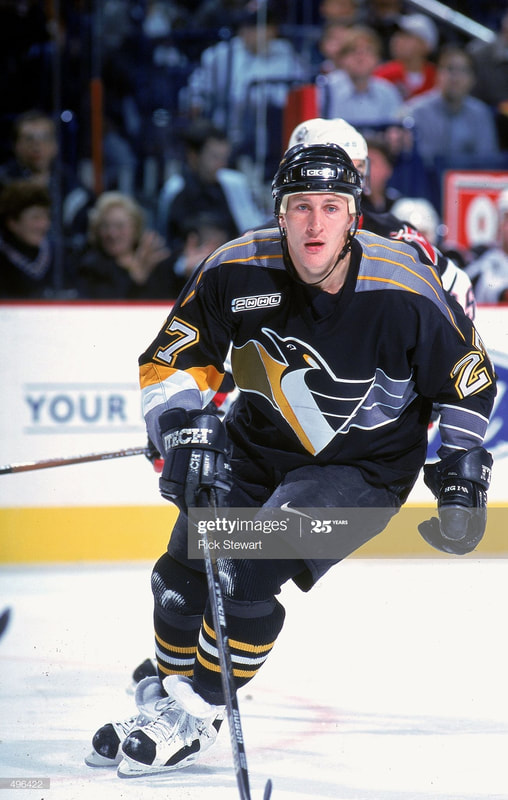 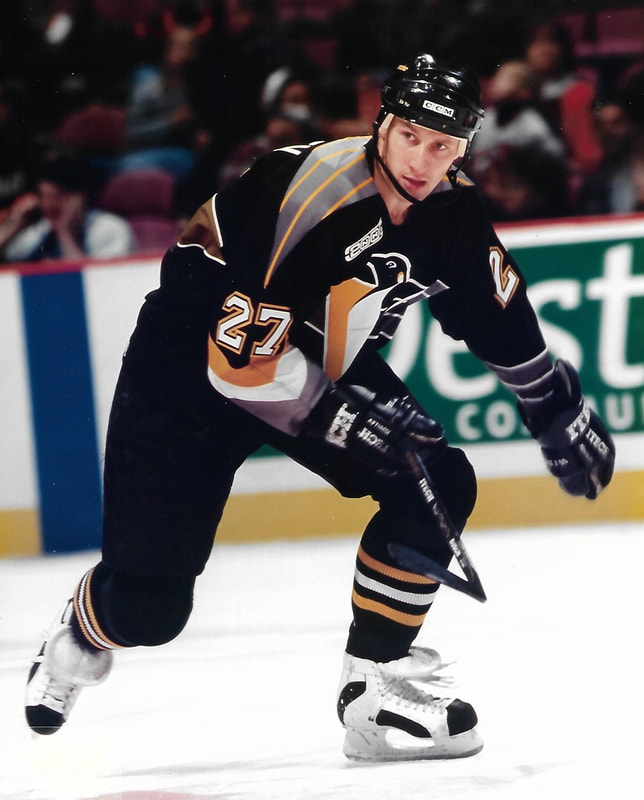 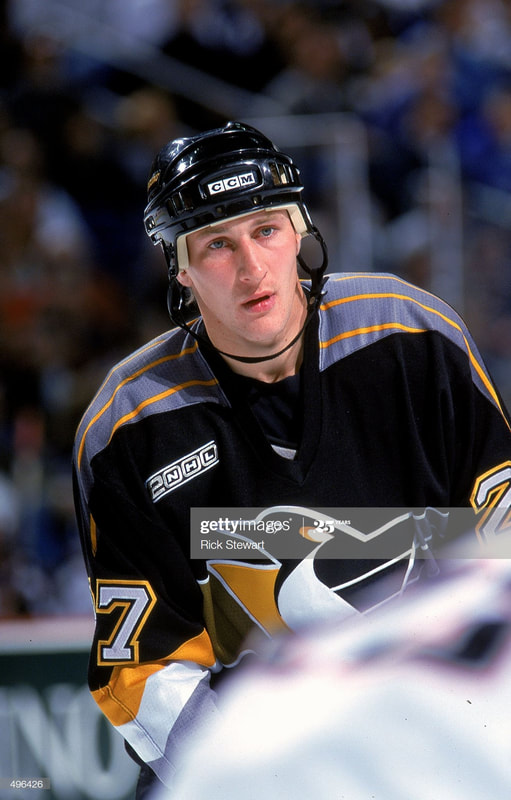