Game Logs
Brenden Morrow was drafted in the first round (25th overall), by the Dallas Stars in the 1997 NHL Entry Draft. Morrow began his professional career in 1999. He split the 1999–2000 season between the NHL's Dallas Stars and the Michigan K-Wings of the International Hockey League (IHL). He played his first game with the Stars on November 18, 1999, against the Philadelphia Flyers, and recorded his first points (a goal and an assist) on November 22, 1999, against the Colorado Avalanche. After this season, Morrow was named the team's Rookie of the Year.
Prior to the 2006–07 NHL season, Morrow was named the captain of the Stars, after the team asked incumbent captain Mike Modano to step down from the position. The Stars wanted to reward Morrow for his commitment to the team, after he bypassed free agency to sign a six-year contract with the team.
On March 24, 2013, Morrow was traded to the Pittsburgh Penguins, along with Dallas' third-round pick in 2013, in exchange for Joe Morrow (no relation) and the Penguins' 2013 fifth-round draft pick.
Due to the lockout shortened season, the Penguins only wore one set of home, road and alternate jerseys throughout the regular season.
Morrow wore this road set 1 jersey for six games. He scored three goals and added six assists over that six-game span. He also logged eight penalty minutes and held a plus seven rating.
On September 23, 2013, Morrow signed a one-year deal as an unrestricted free agent with the St. Louis Blues. On March 17, 2016, Morrow announced his retirement from hockey. 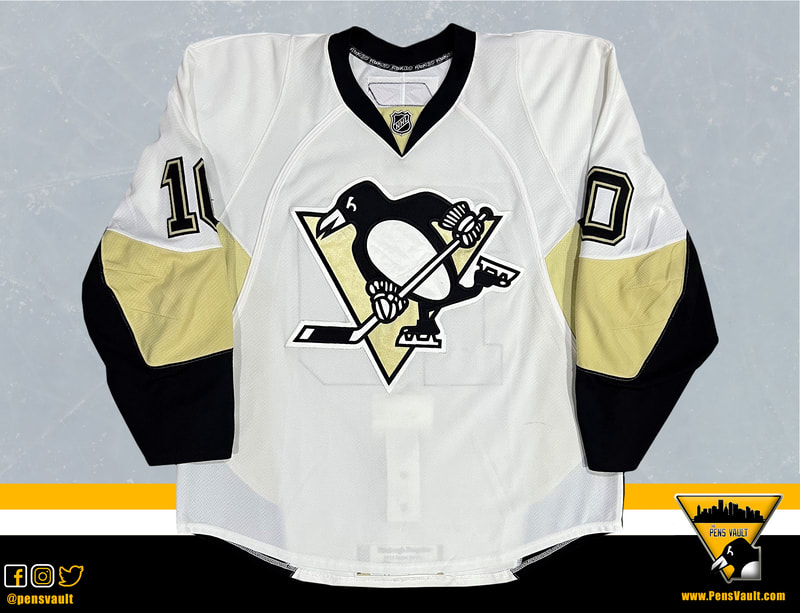 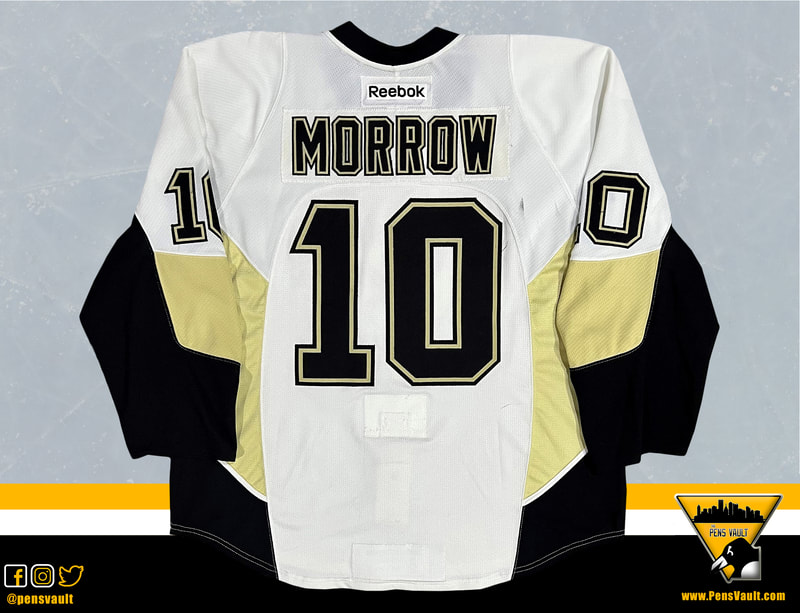 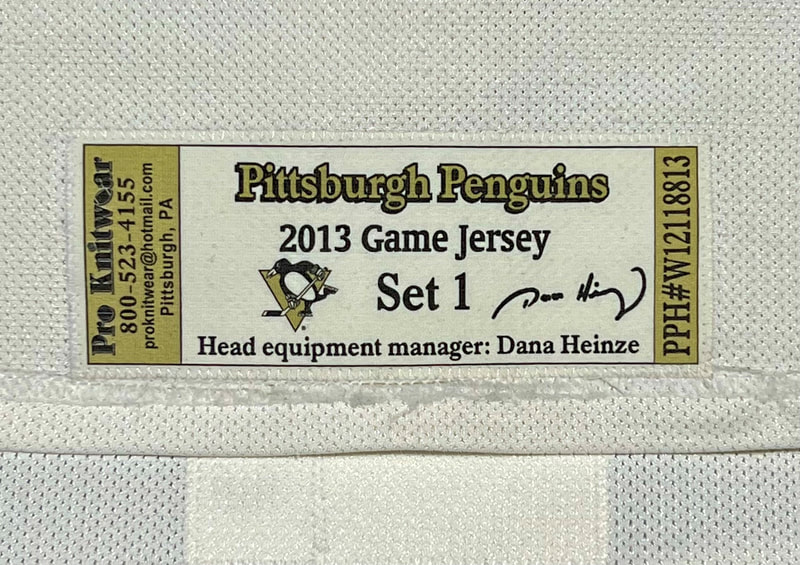 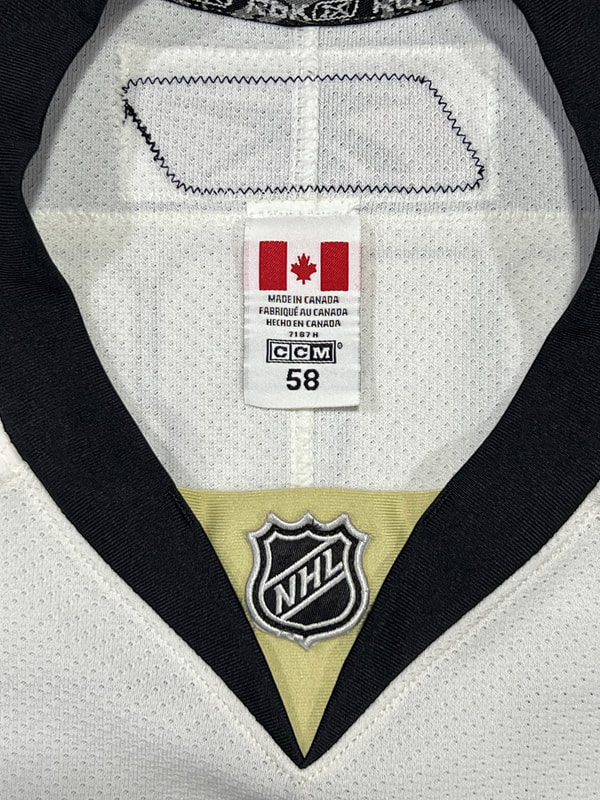 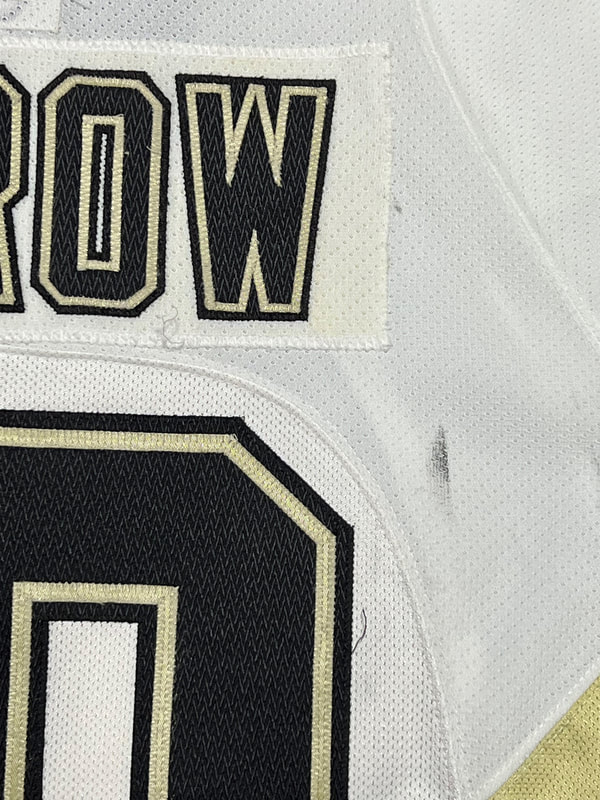 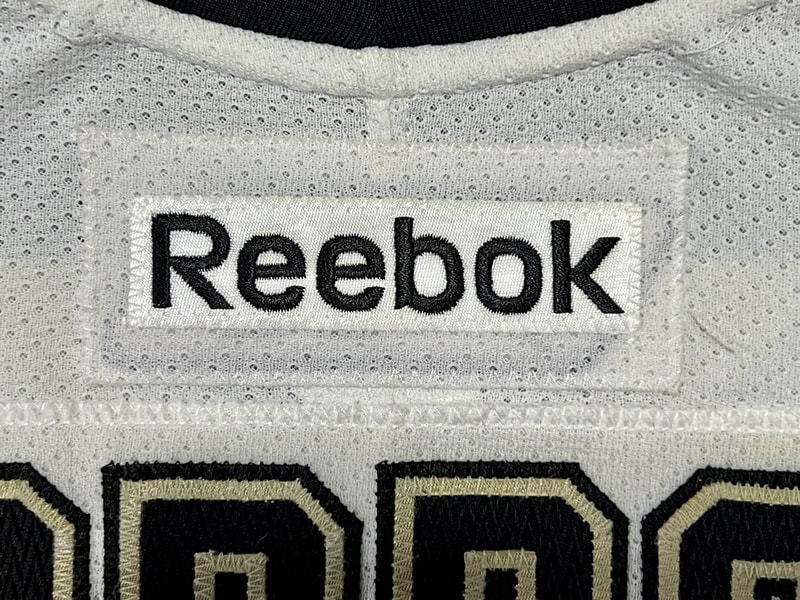 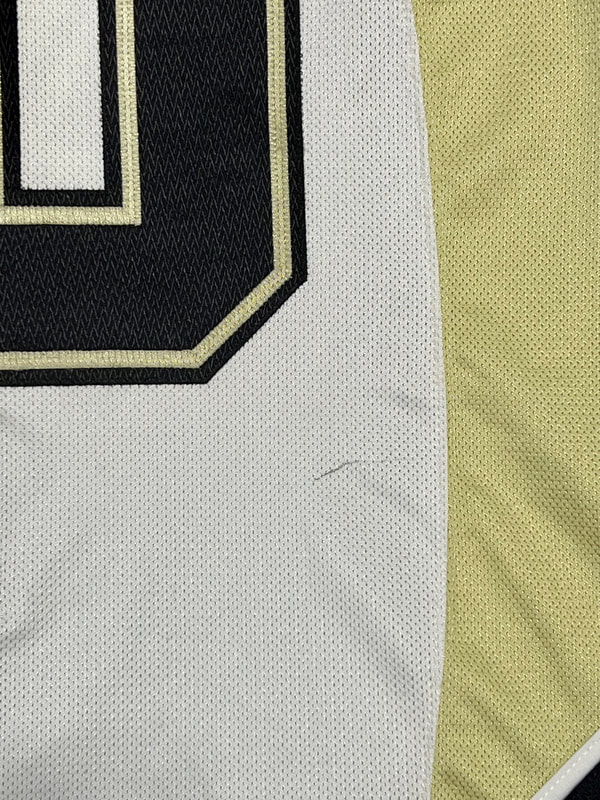 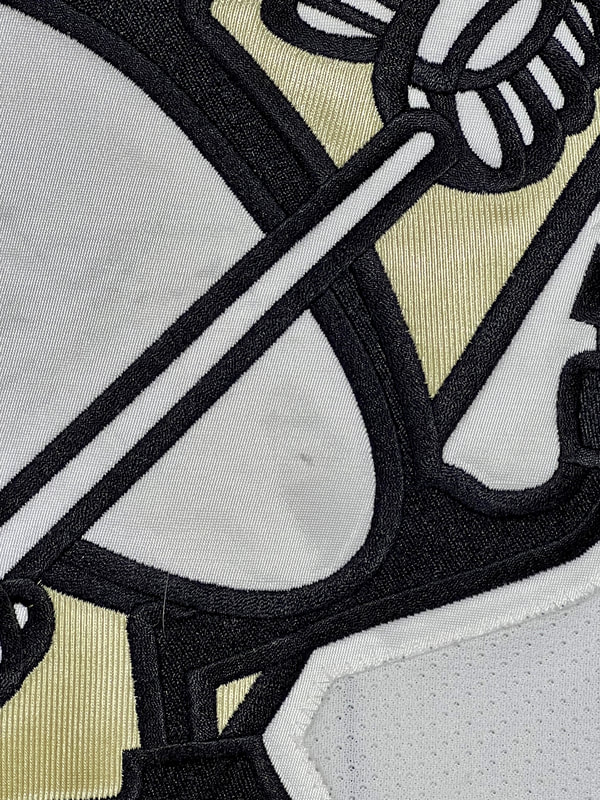 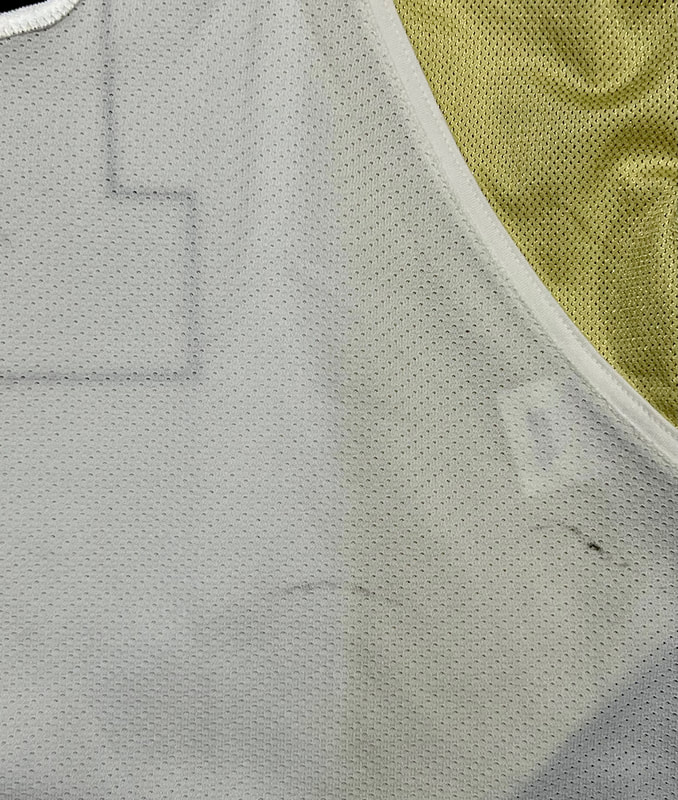 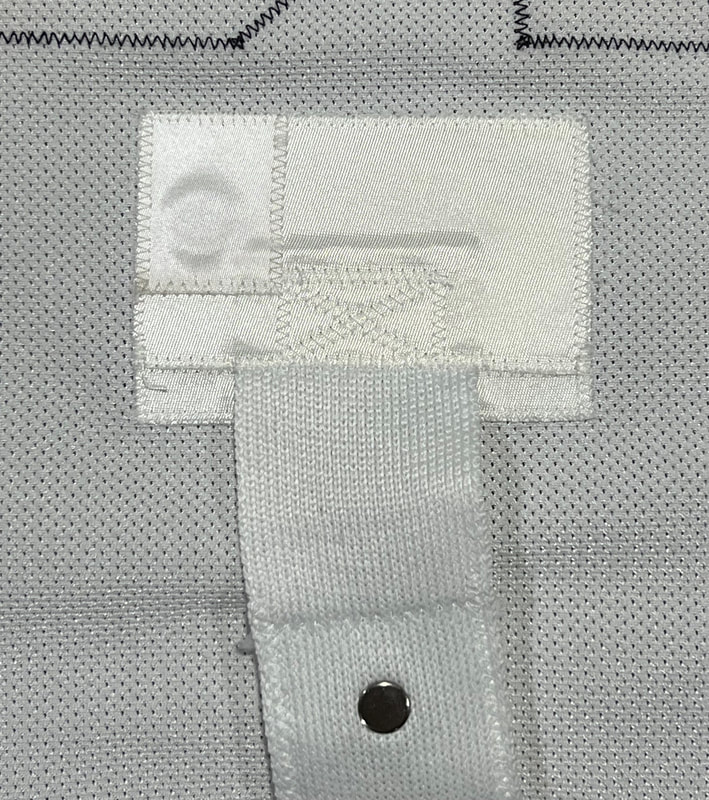 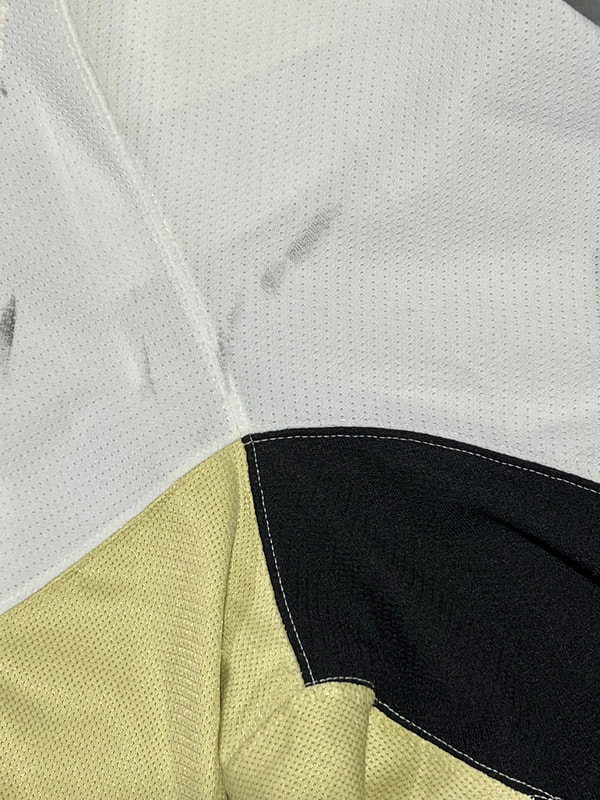 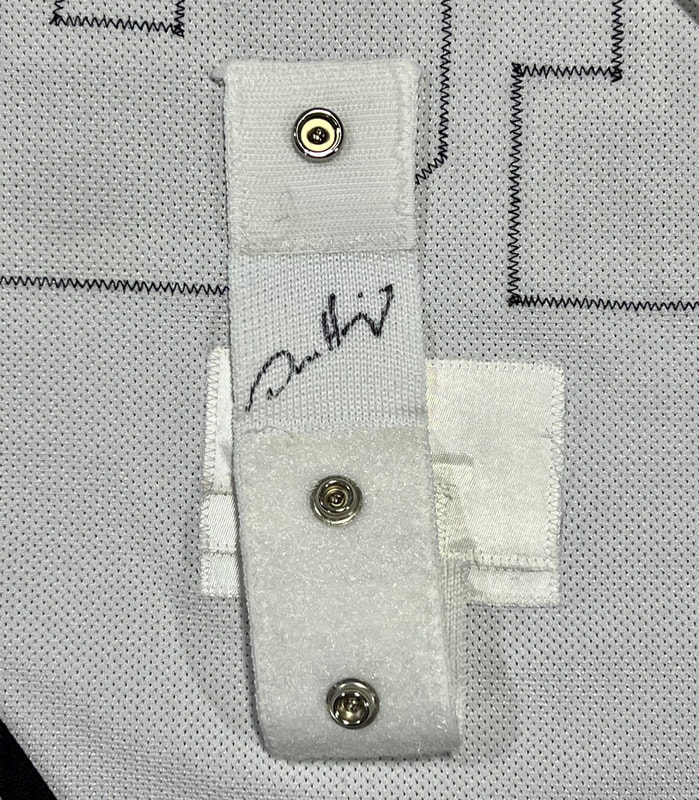 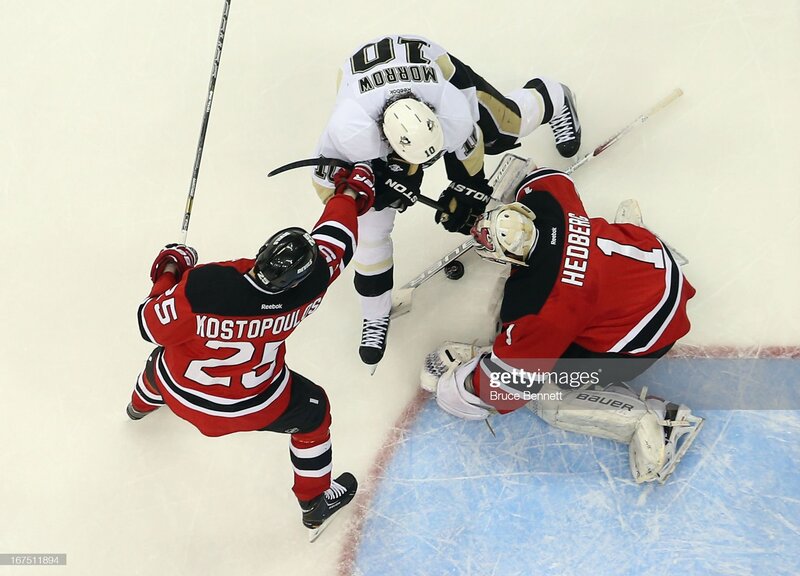 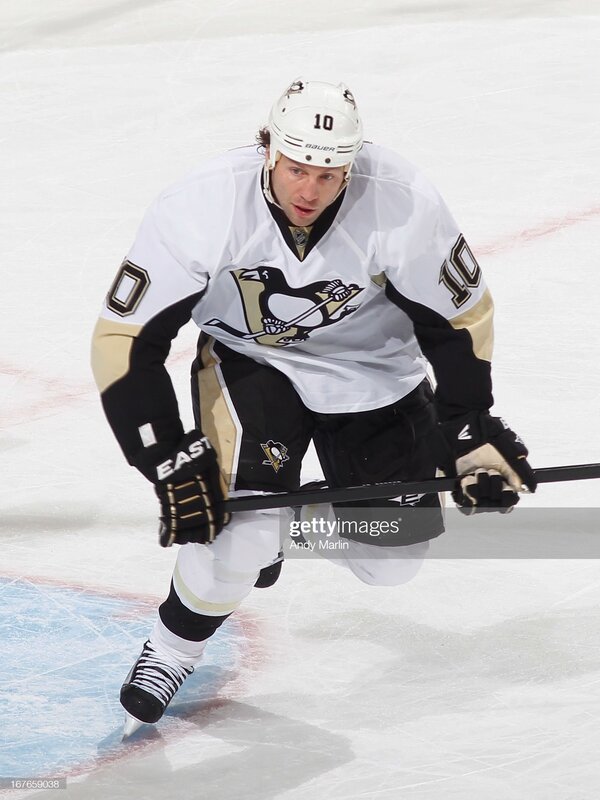 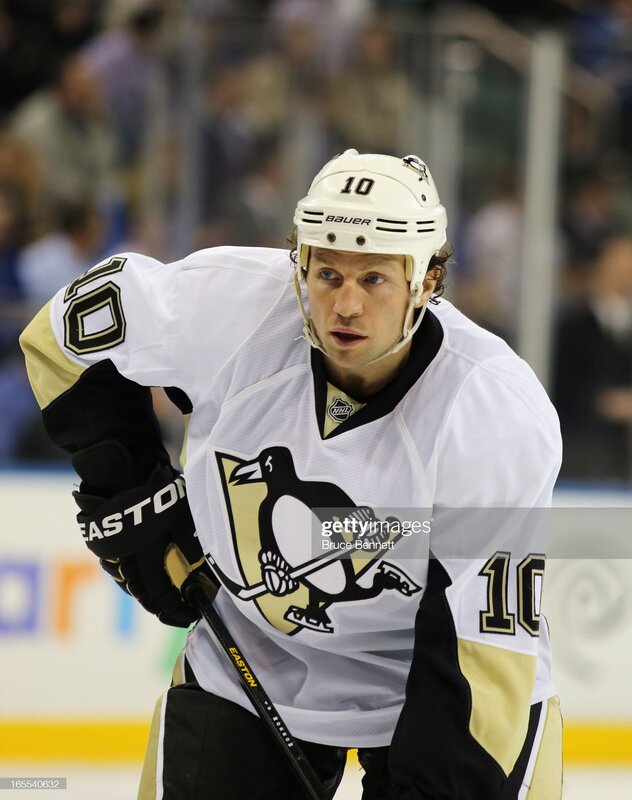 GAME LOGS
1st Career Playoff Hat Trick
James Neal was drafted by the Dallas Stars in the 2nd round, (33rd overall) in the 2005 NHL Entry Draft. He made his NHL debut during the 2008-09 season. Neal spent parts of three seasons in Dallas. Leading up to the 2011 trade deadline, on February 21, Neal was traded to the Pittsburgh Penguins (along with defenseman Matt Niskanen) in exchange for defenseman Alex Goligoski.
Neal had a break-out season with the Penguins in 2011–12, finishing with 40 goals and 81 points. During the 2012-13 season, after qualifying for the playoffs, the Penguins made short work of the Islanders in their first-round matchup. During their second-round matchup, on May 24, 2013, Neal scored his first career playoff hat-trick, against the Ottawa Senators. The Penguins went on to win that series 4-1. The Penguins luck ran out in the conference finals however, as they were swept by the Bruins in four games.
On June 27, 2014, during the 2014 NHL Entry Draft, Neal was traded to the Nashville Predators in exchange for Patric Hornqvist and Nick Spaling. He scored his first goal with the Predators on October 17, 2014, in a 2–0 victory over the Winnipeg Jets.
James Neal wore this home playoff jersey for seven games. He scored three goals and added three assists over three playoff series. Along with his six points, he held a minus two rating and logged eight penalty minutes. 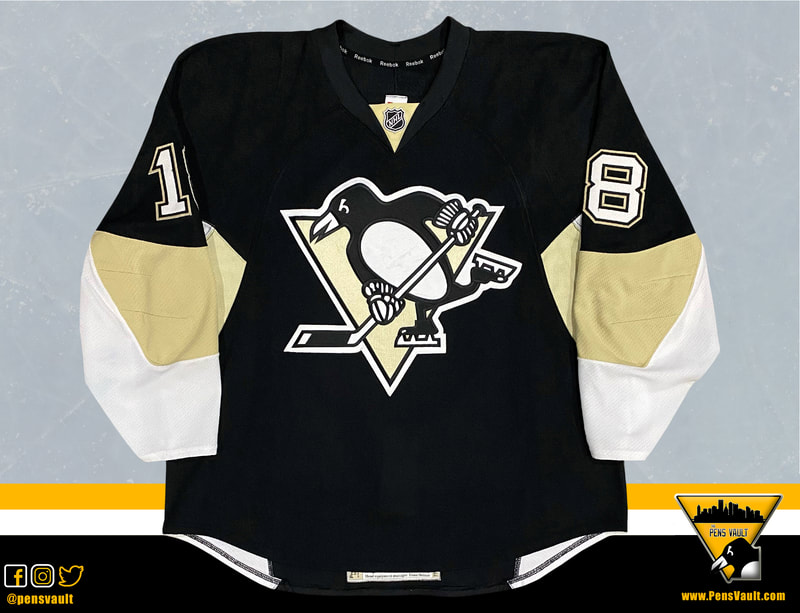 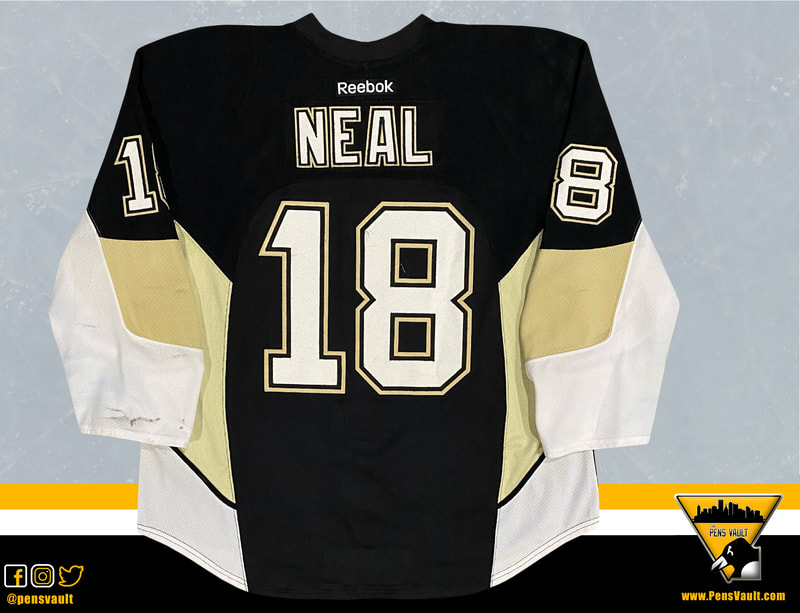 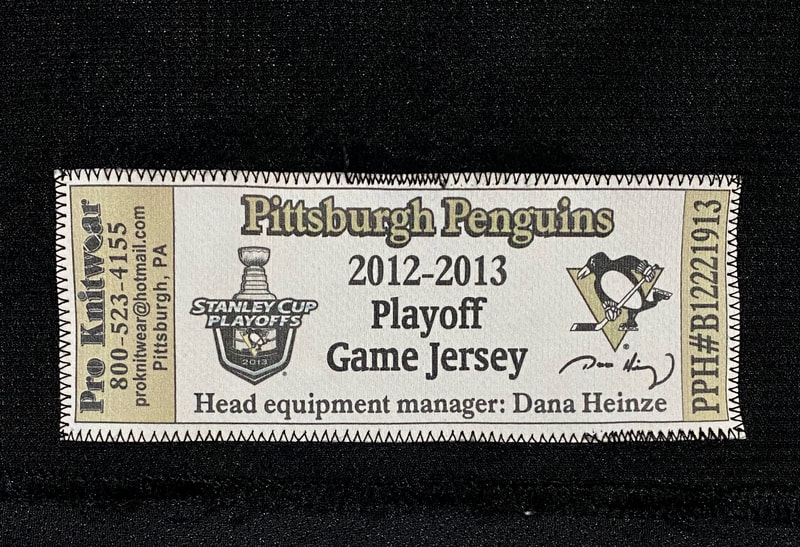 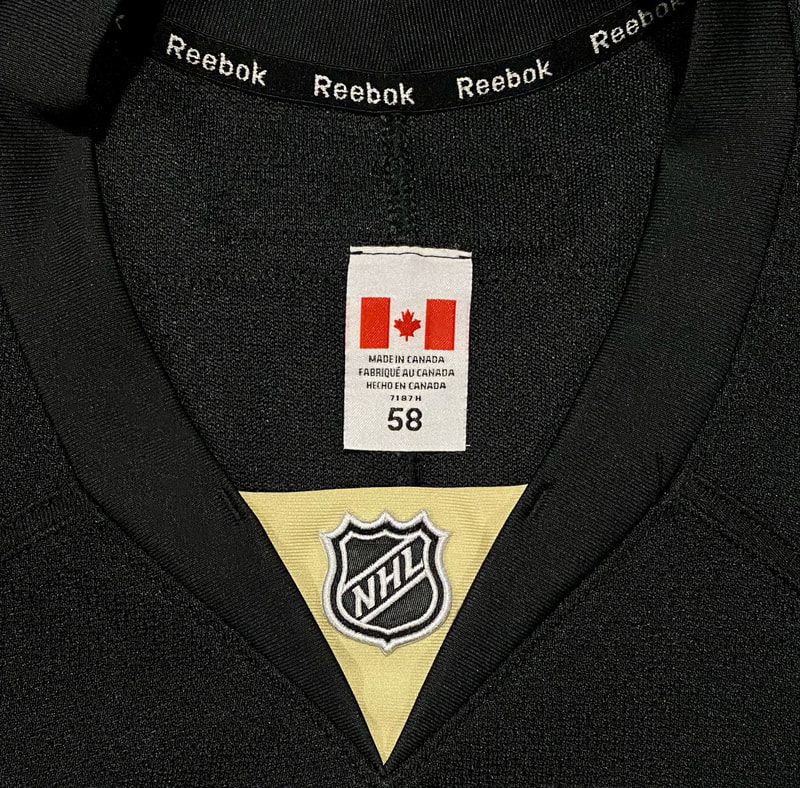 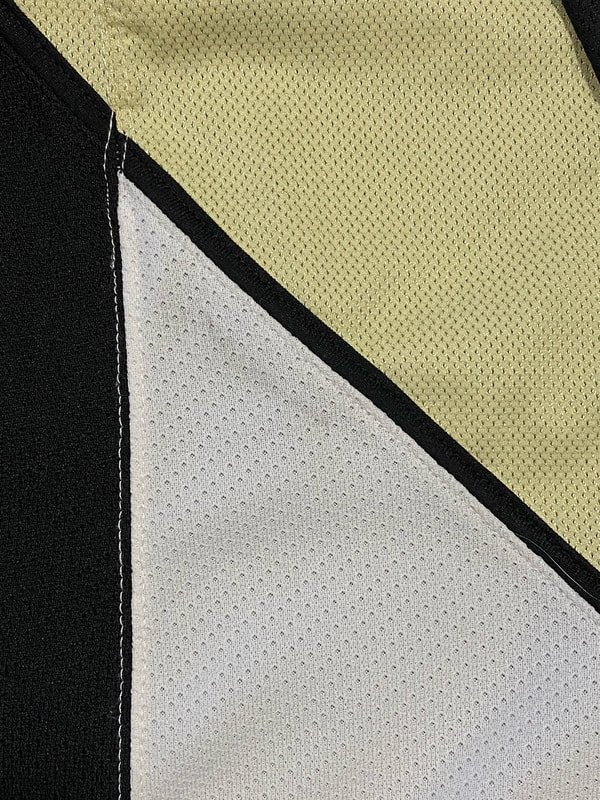 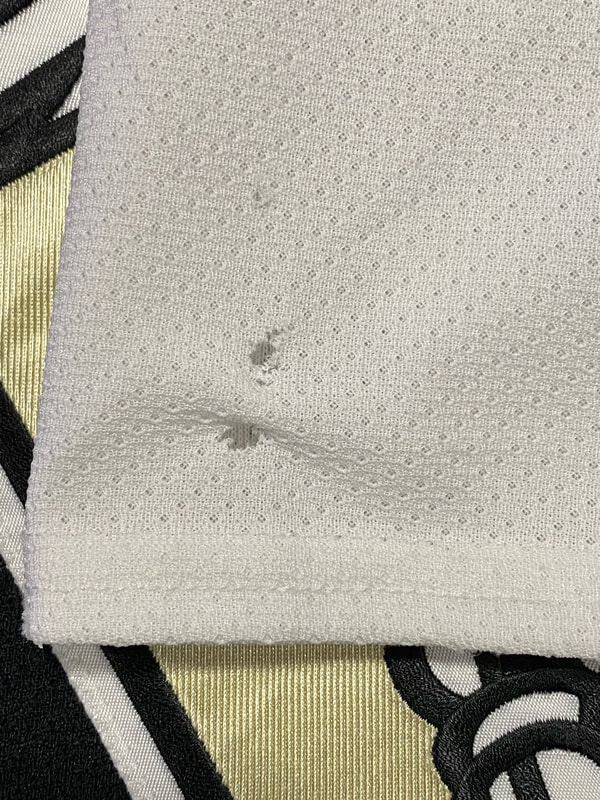 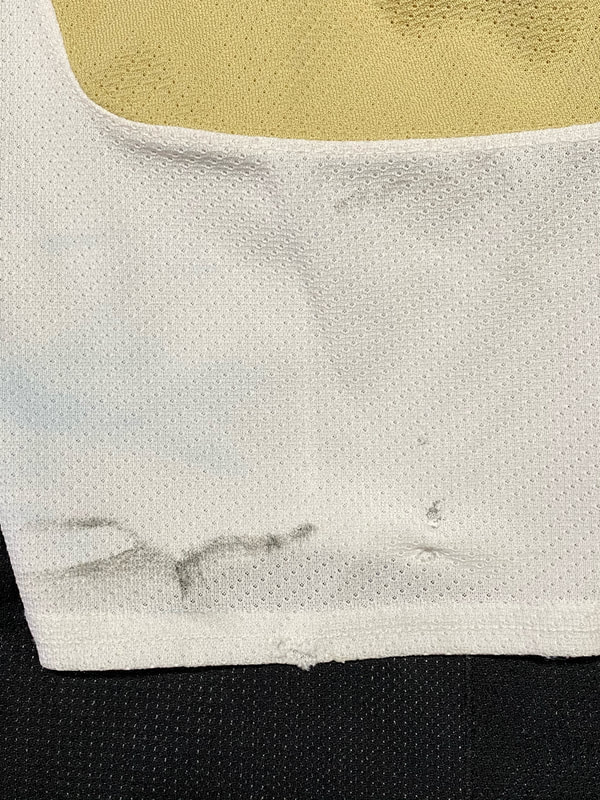 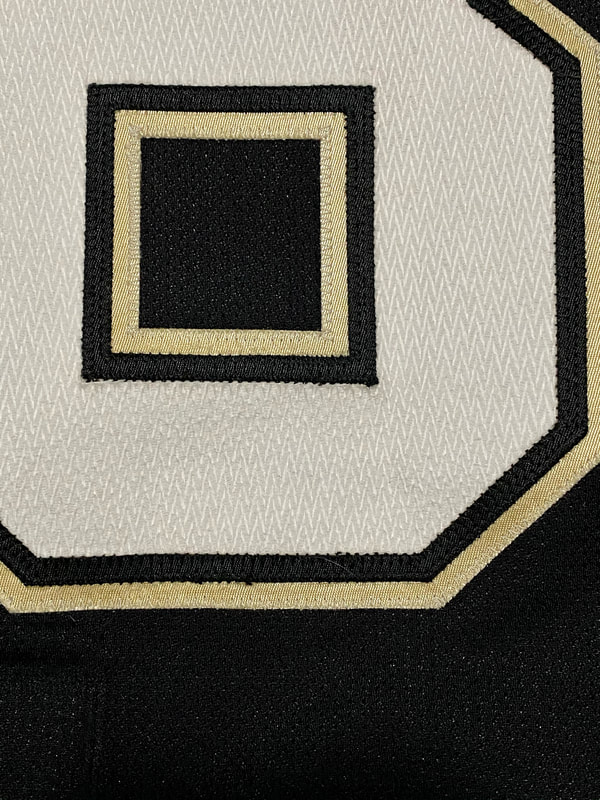 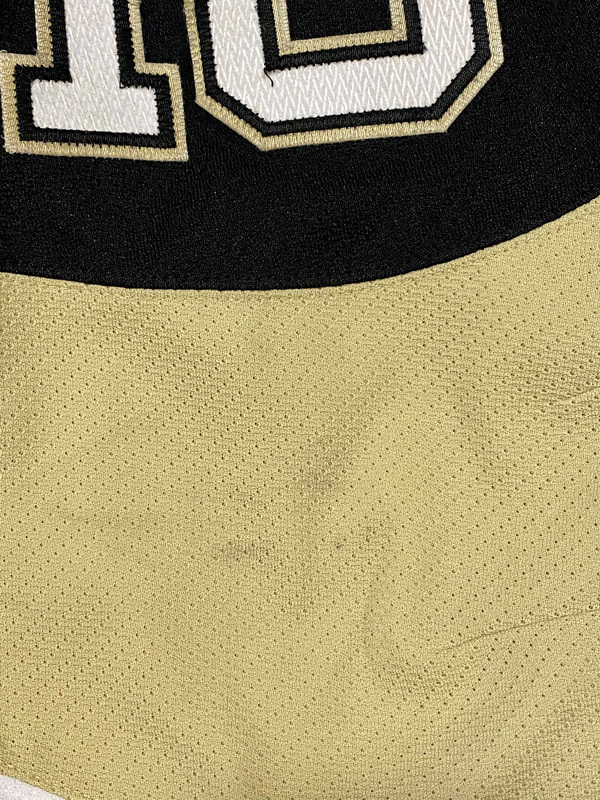 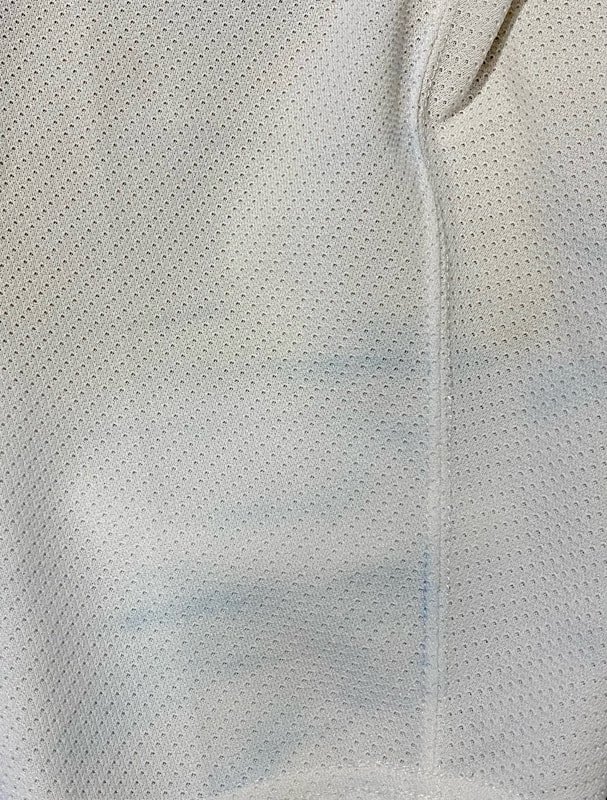 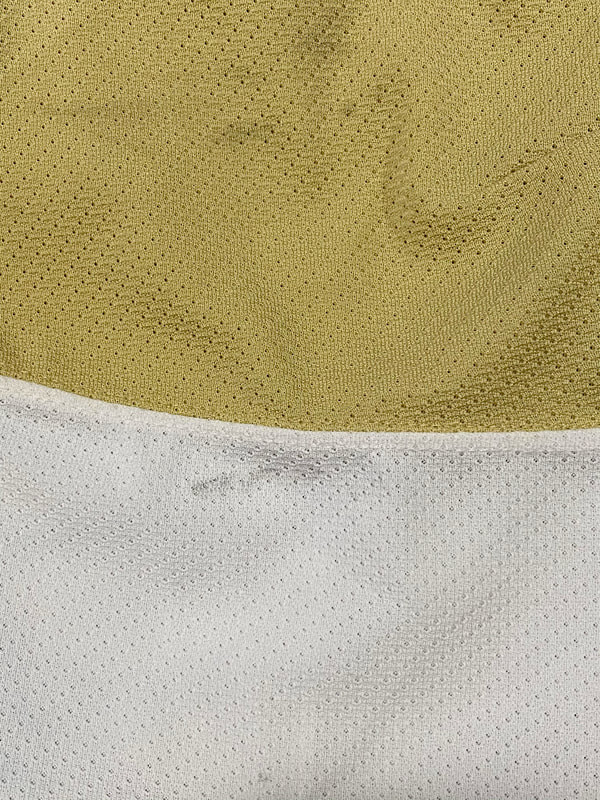 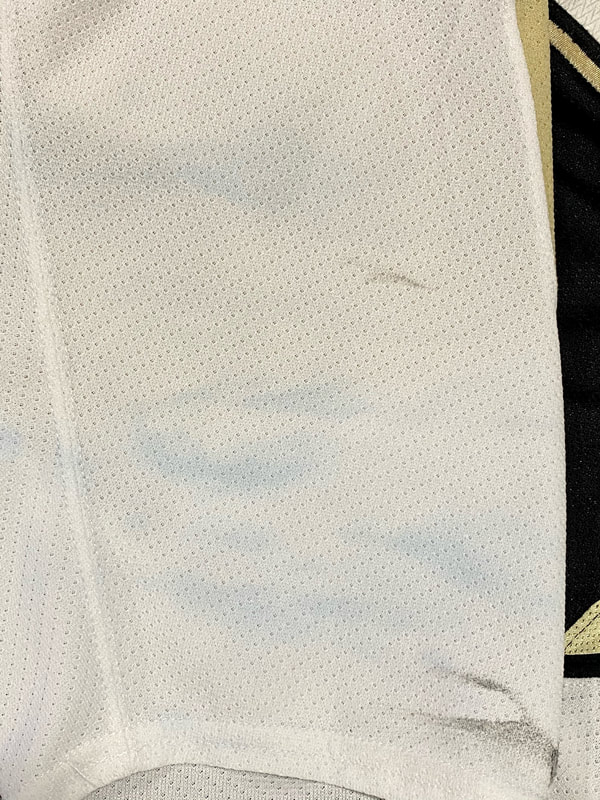 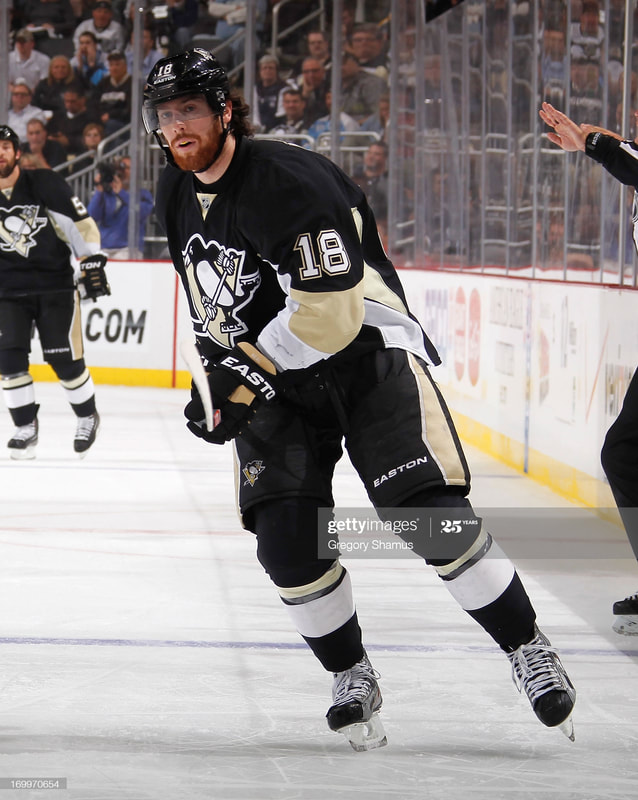 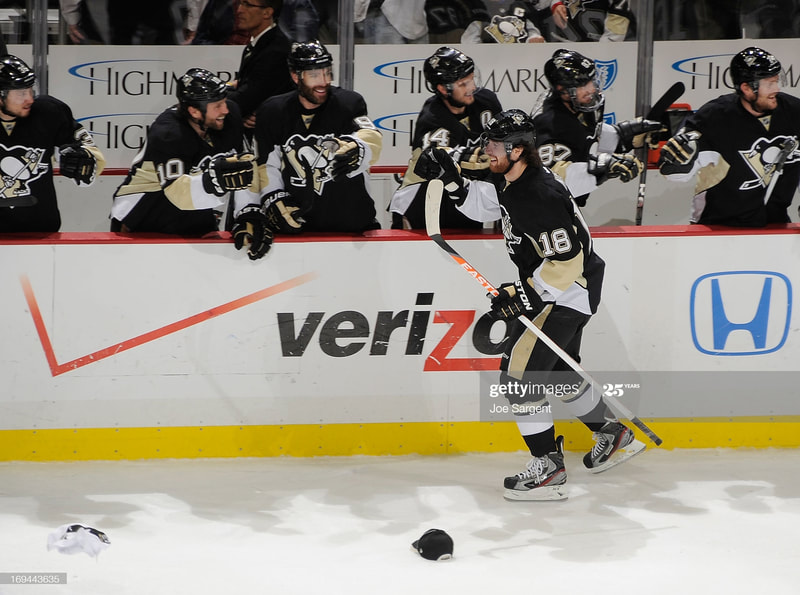 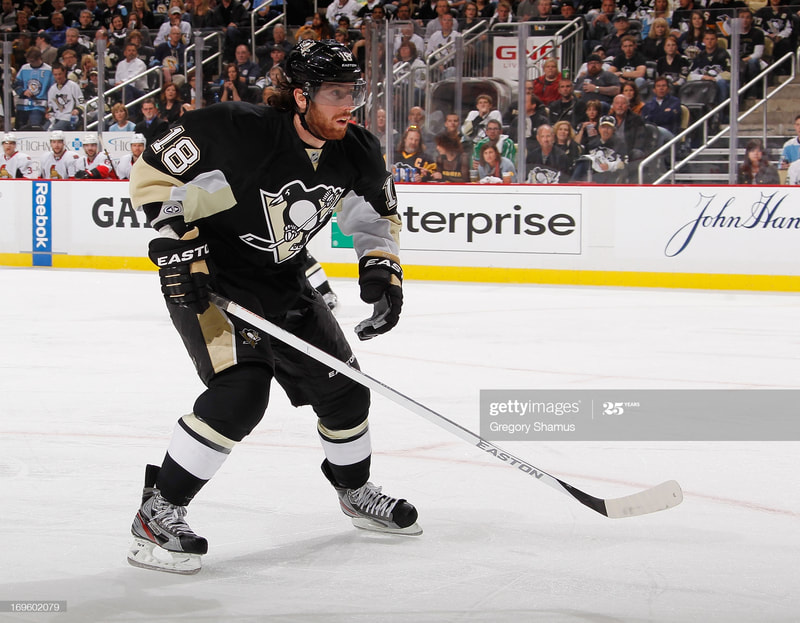