GAME LOGS
Assisted on Crosby's 1st NHL Goal
Ziggy Palffy was drafted in the second round (26th overall), by the New York Islanders in the 1991 NHL Entry Draft. He made his NHL debut during the 1993-94 season, playing in five games with the Isles. He was held pointless throughout those contests. After the 1998-99 season, the Islanders traded Palffy to the Kings.
In five seasons with the LA Kings, Palffy scored 340 points (150G, 190A) in 311 games.  After the 2003–04 season, the Kings tried to resign Palffy, but when Palffy had a phone call with Penguins owner Mario Lemieux and gave him his word that he would sign with the Penguins, that ended all negotiations with the Kings. Shortly after the 2004–05 NHL lockout, he signed with the Penguins for three years and $13.5 million. After playing 42 games with the Penguins during the 2005–06 season, Palffy retired. On January 18, 2006, then-Penguins general manager Craig Patrick told reporters Palffy told him he was retiring due to a lingering shoulder injury. Palffy completed his career with 329 goals and 384 assists for 713 points in 684 games over 12 NHL seasons.
Ziggy Palffy wore this home set 1 jersey for eighteen games during the 2005-06 season. The jersey was previously prepared for Reid Simpson as a set 2 during the 2003-04 season. Since Reid only played 2 games during that season, both during set 1, the name was stripped off of the back of this jersey and it was re-lettered for Palffy. The jersey was recycled after the lockout season which explains the set tag reading "2003-04 Set # 2". Palffy scored seven goals and added fifteen assists in this jersey. His most notable assist came on 10/8/05 against Boston as he assisted on Sidney Crosby's 1st NHL goal. 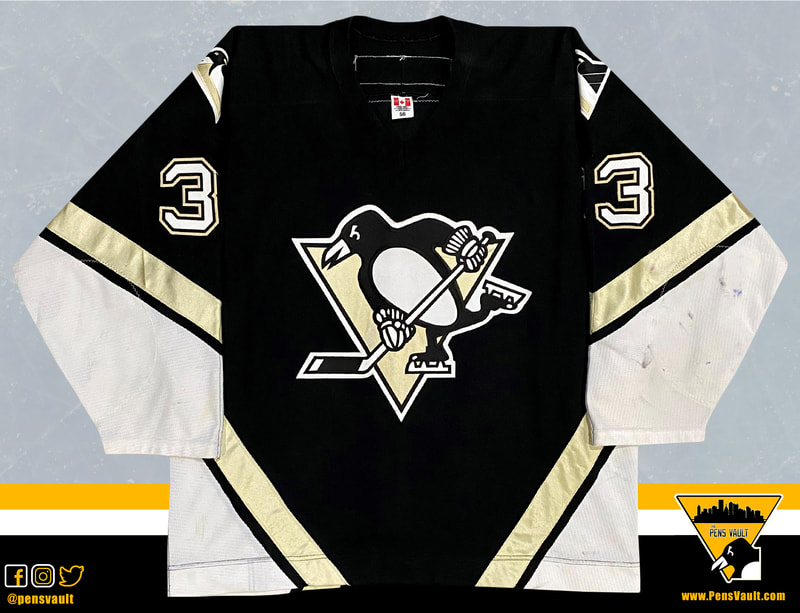 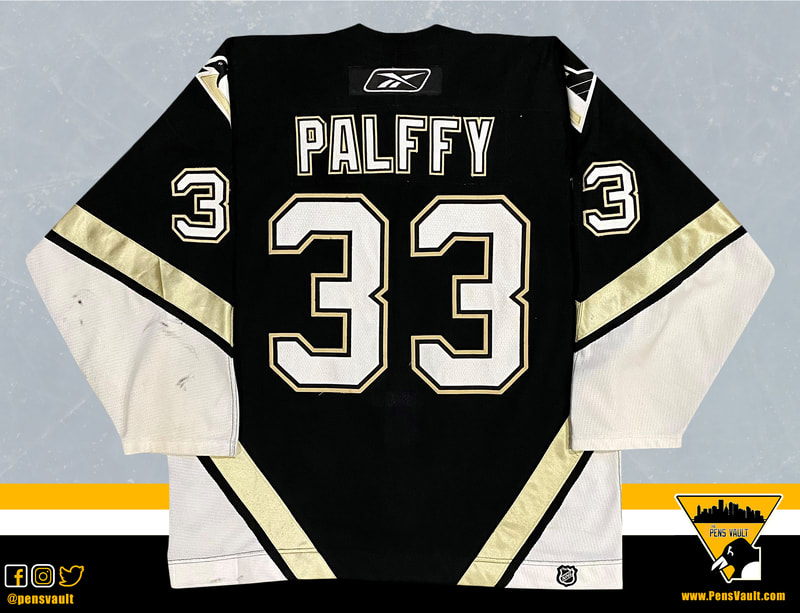 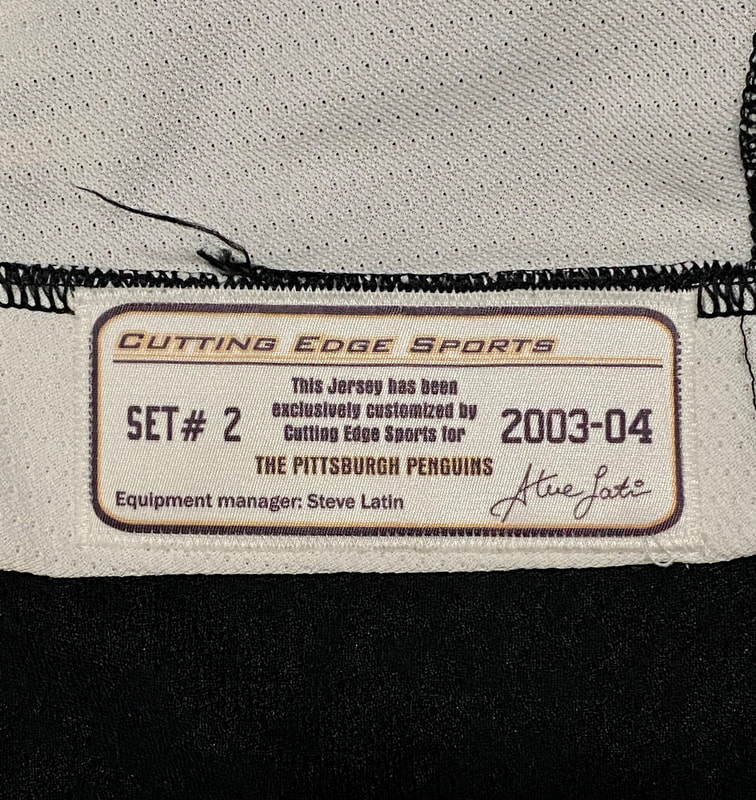 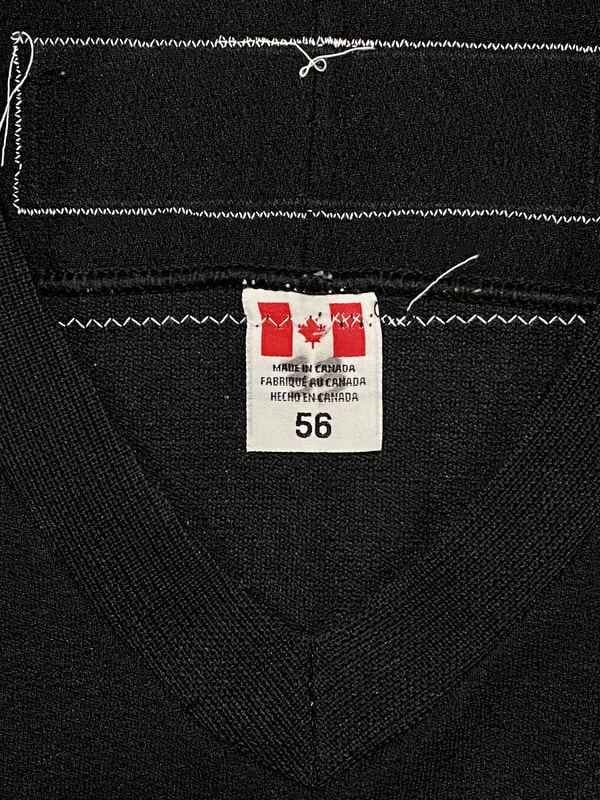 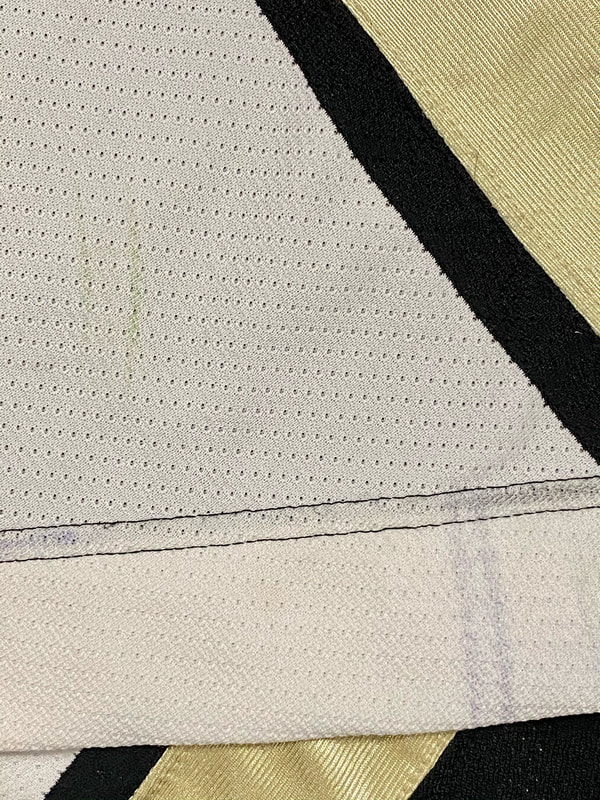 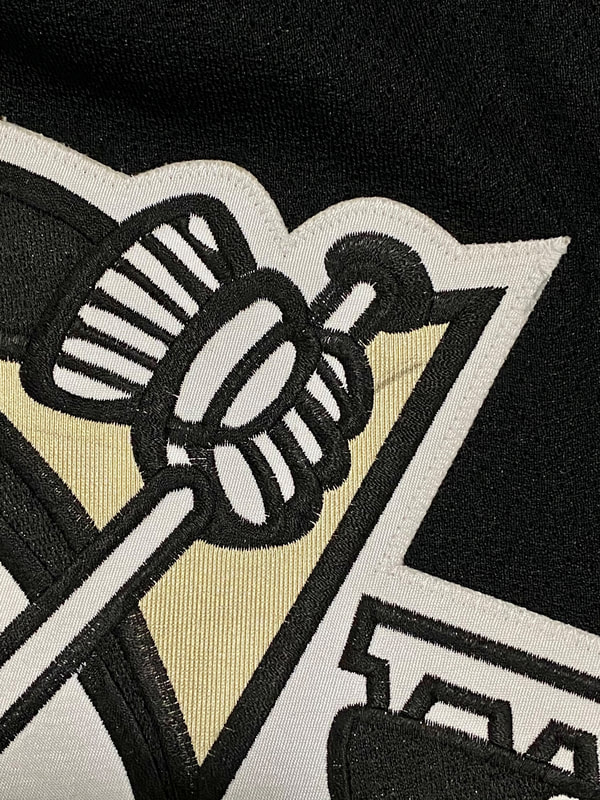 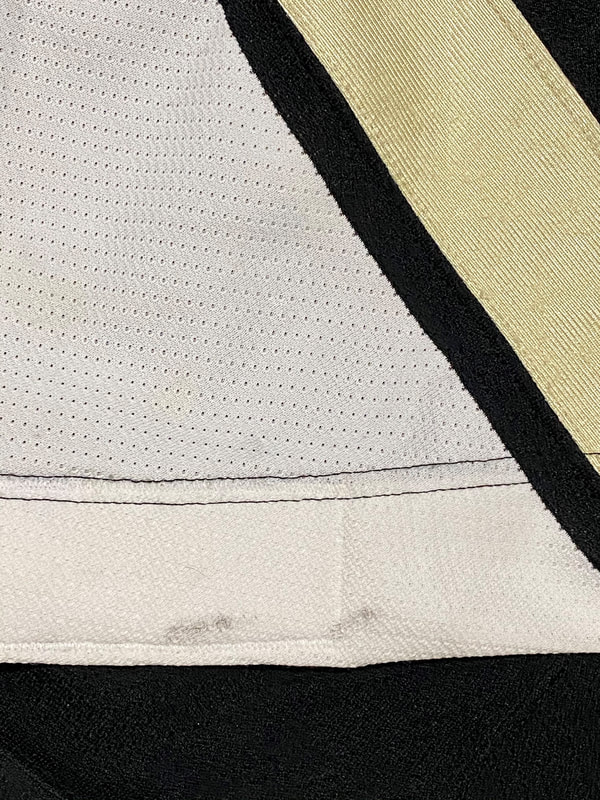 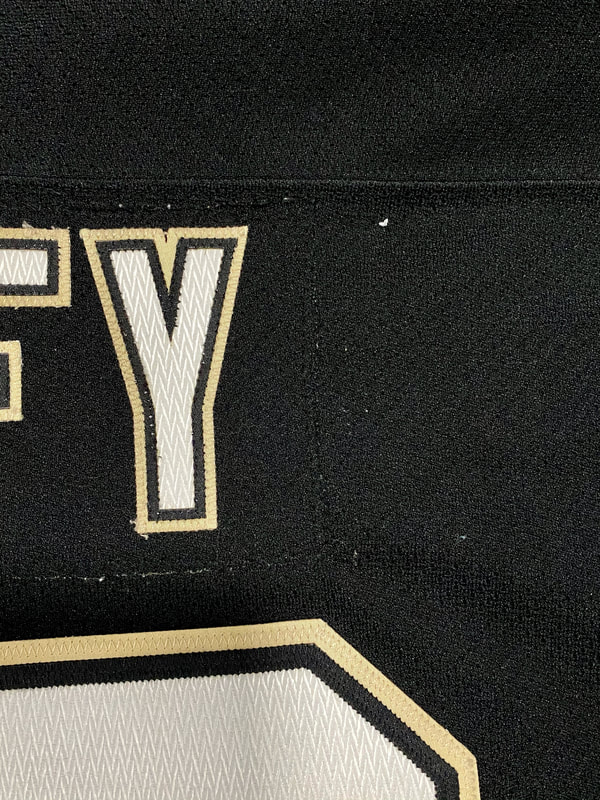 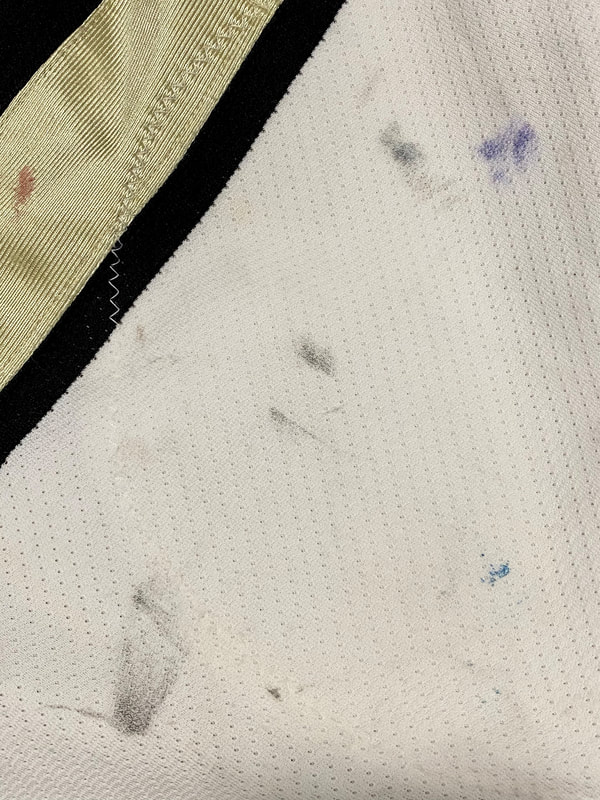 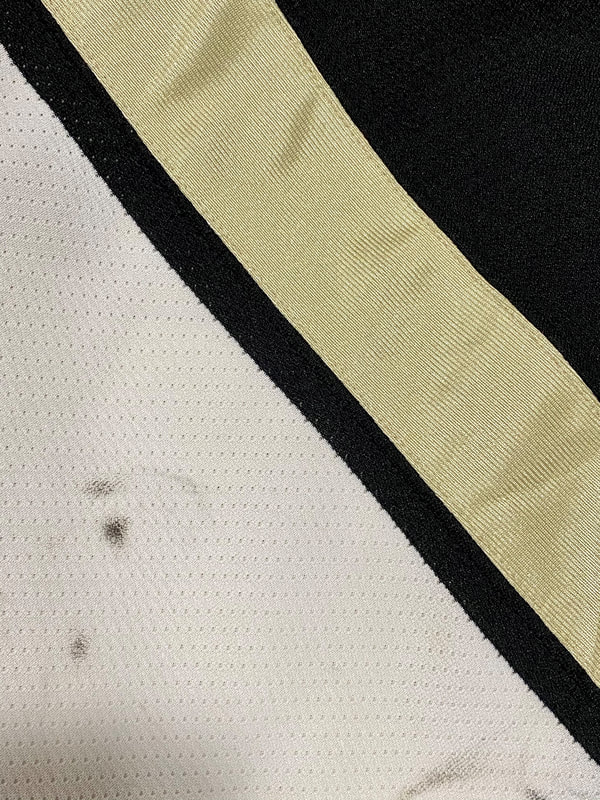 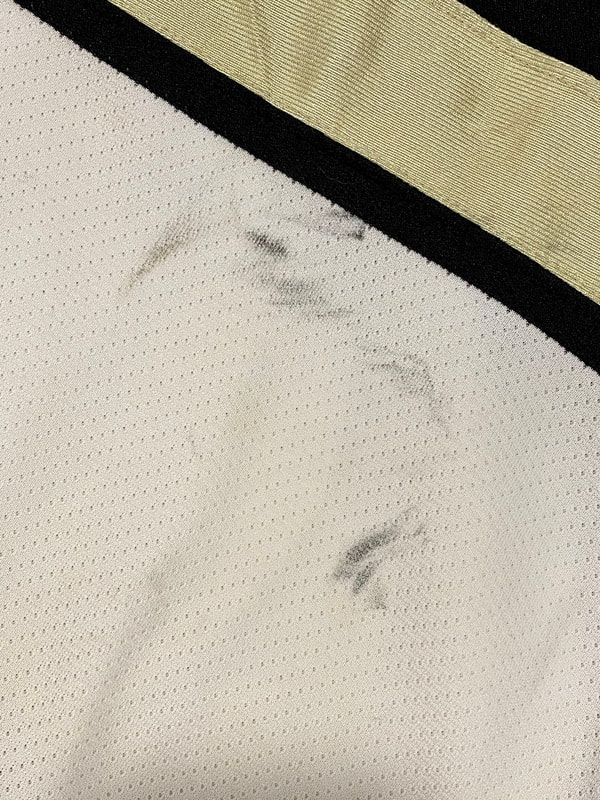 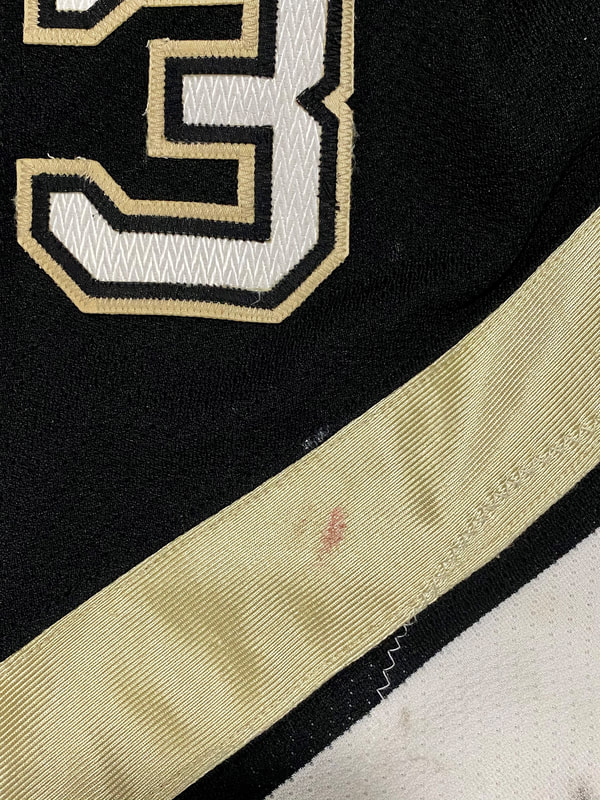 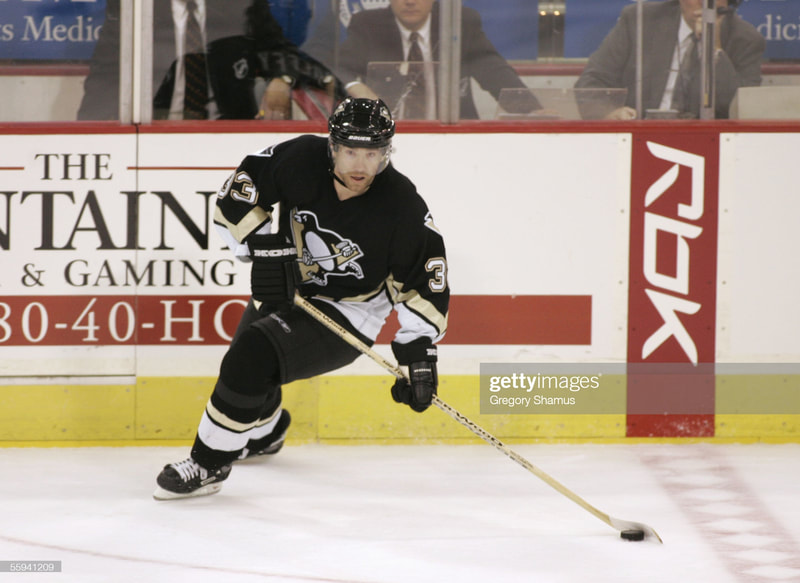 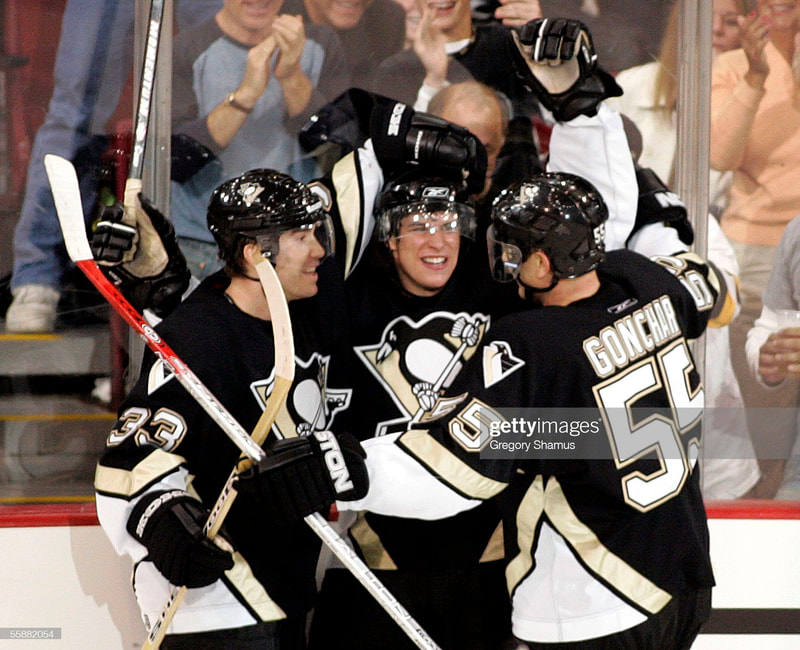 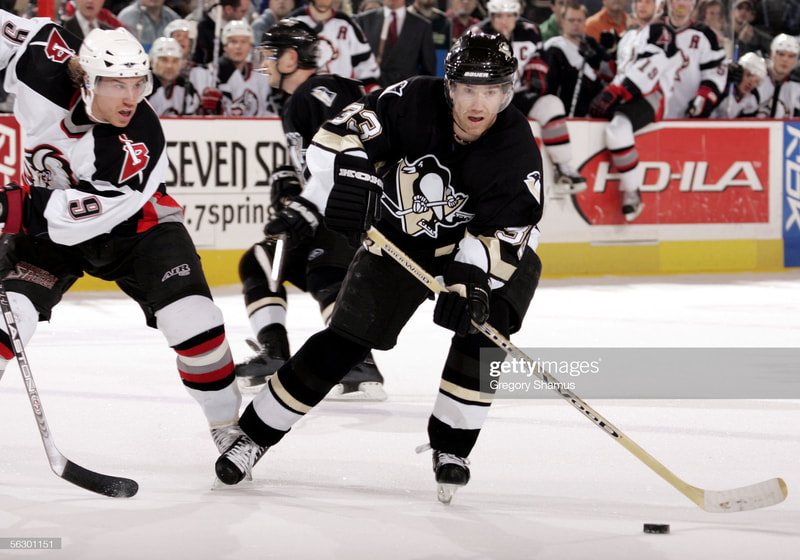 Game Logs
1st NHL GOAL JERSEY
Ryan Whitney was selected by the Pittsburgh Penguins in the 1st round (5th overall) of the 2002 NHL Entry Draft. Whitney made his NHL debut with Pittsburgh in the 2005–06 NHL season, playing in 68 games. He was called up on October 31, 2005, to replace injured defenseman Dick Tarnstrom and remained on the team until the season ended. His first NHL goal came on December 1, 2005, against Henrik Lundqvist of the New York Rangers. Whitney finished the season with six goals and 32 assists.
On February 26, 2009, Whitney was traded to the Anaheim Ducks in exchange for Chris Kunitz and Eric Tangradi. Whitney went on to play for the Edmonton Oilers and the Florida Panthers before calling it a career after the 2013-14 season.
On September 20, 2015, Whitney announced his retirement from professional hockey. He currently works as an analyst on NHL Network as well as a host on the Barstool Sports hockey podcast, Spittin' Chiclets.
Ryan Whitney wore this road set 1 jersey for 7 games. He scored one goal, (his first of his career), and added one assist. Along with his 2 points, he held a minus 2 rating and logged 4 penalty minutes. 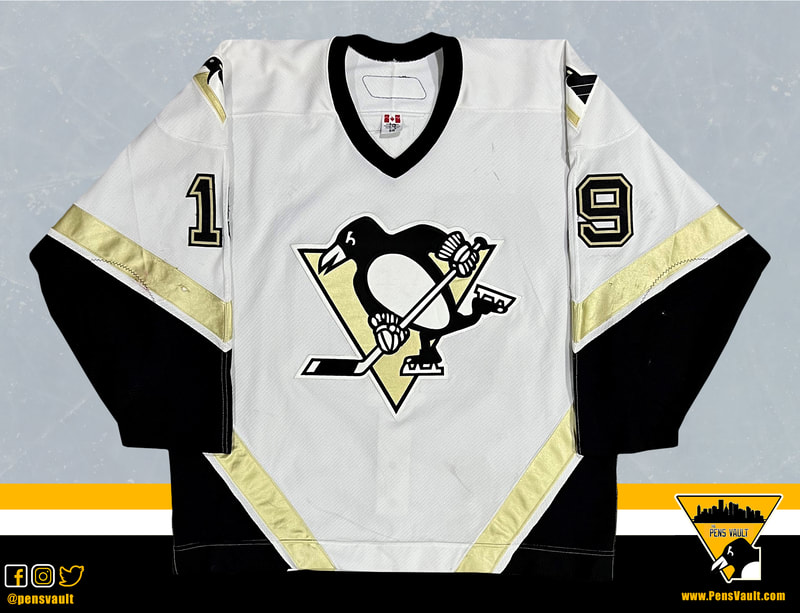 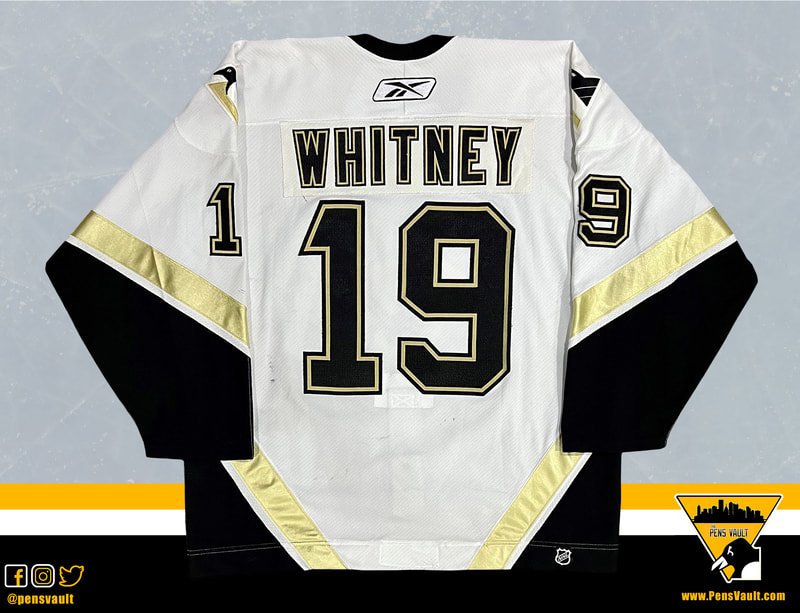 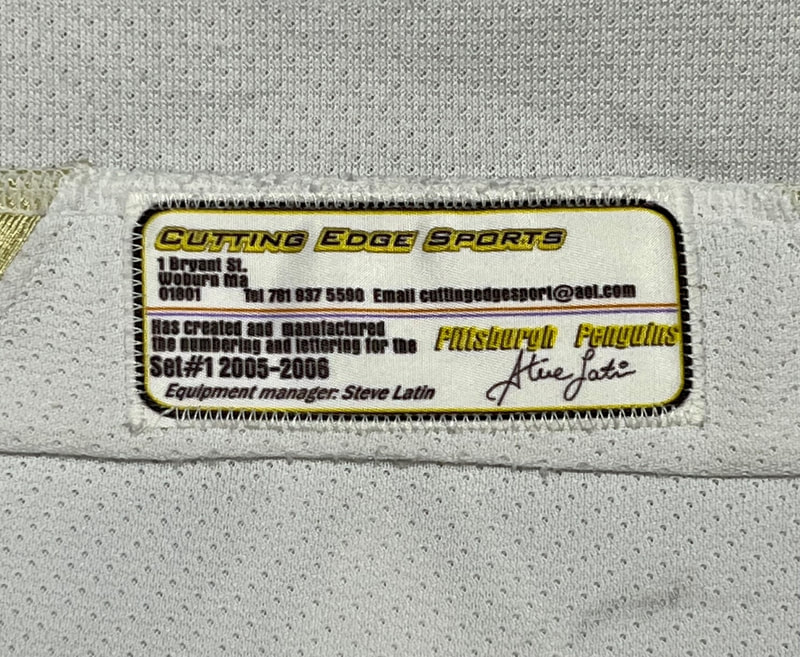 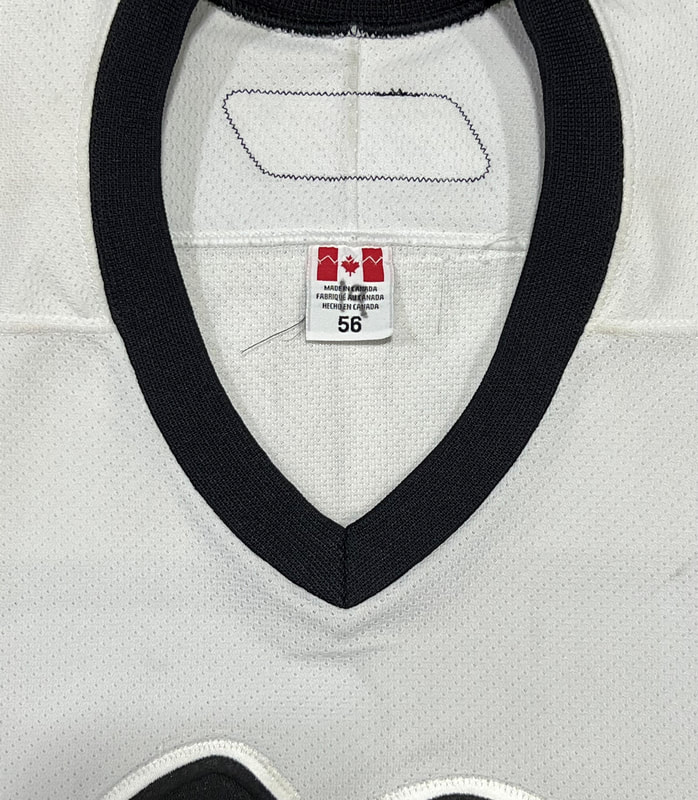 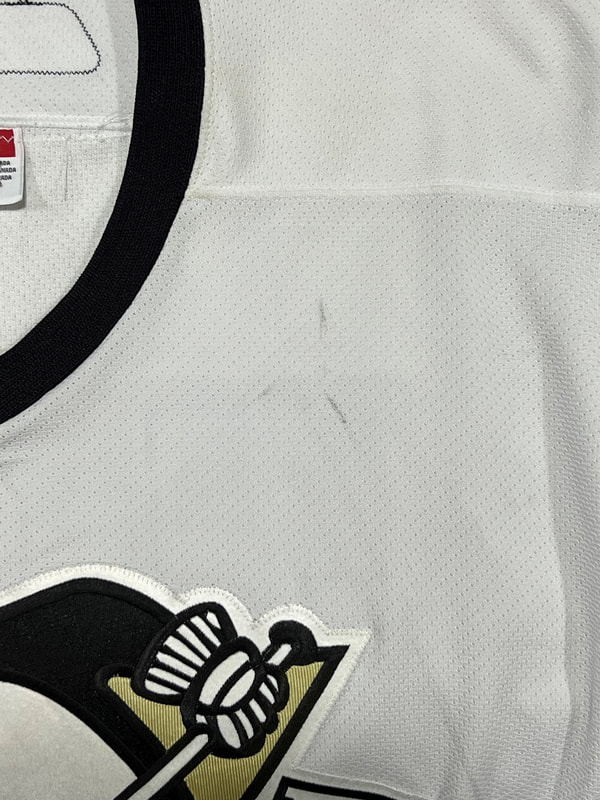 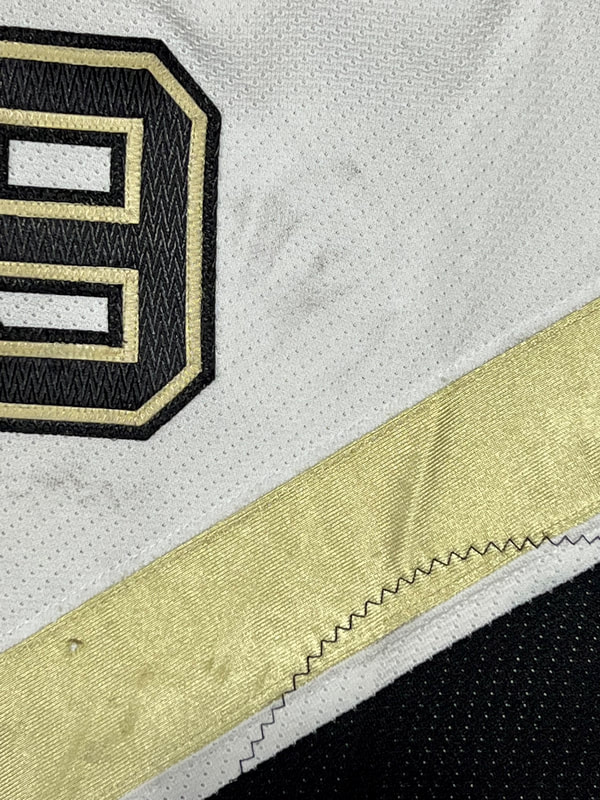 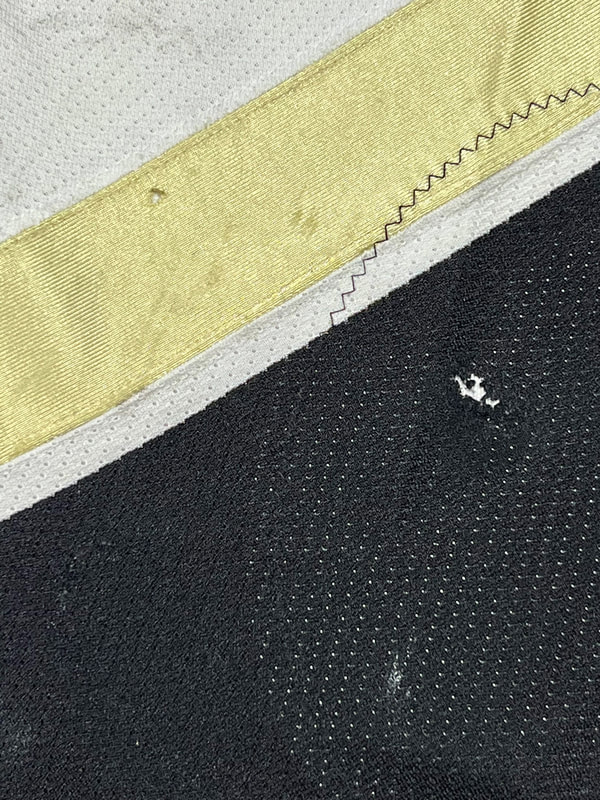 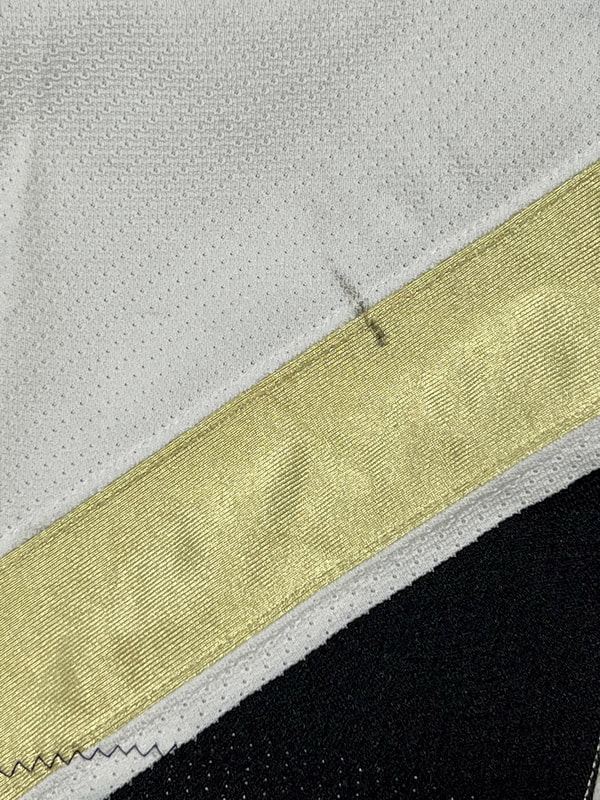 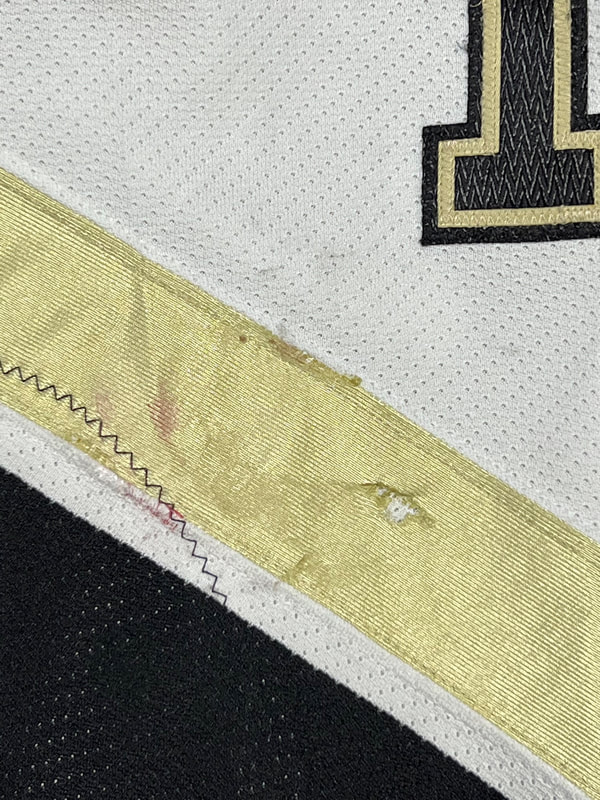 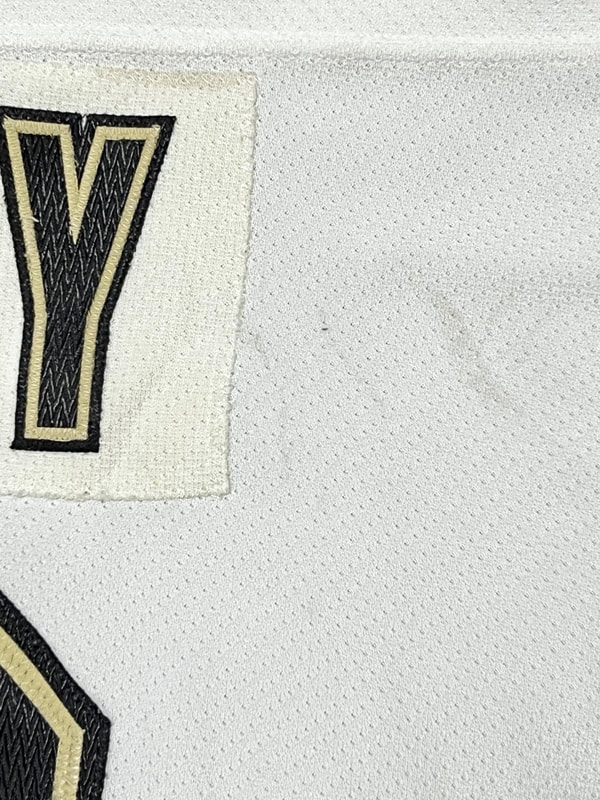 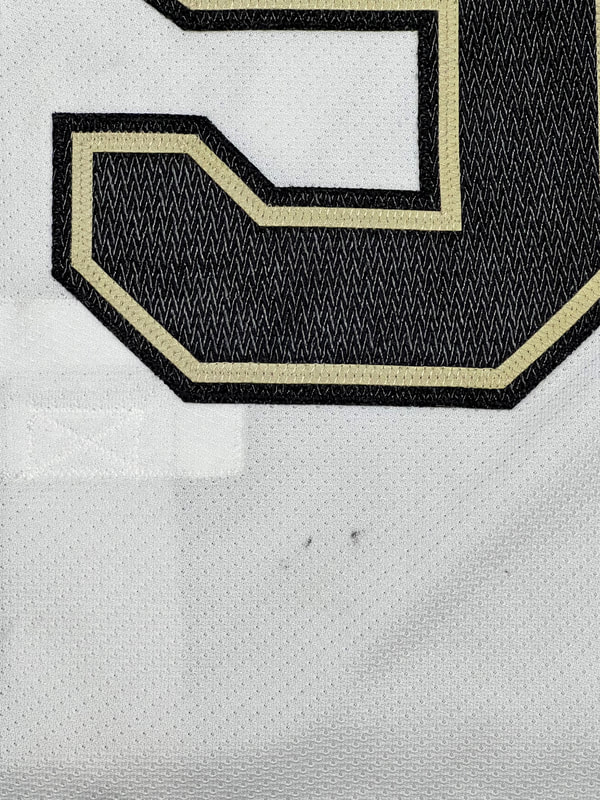 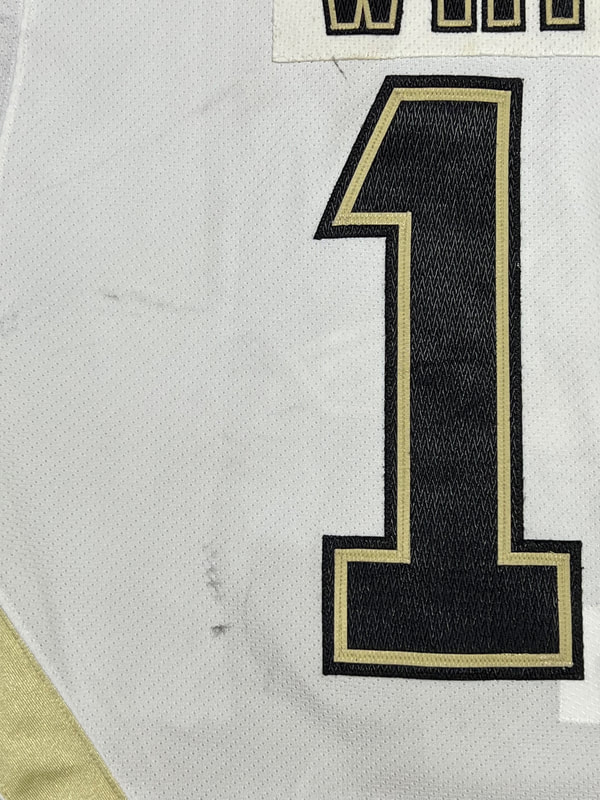 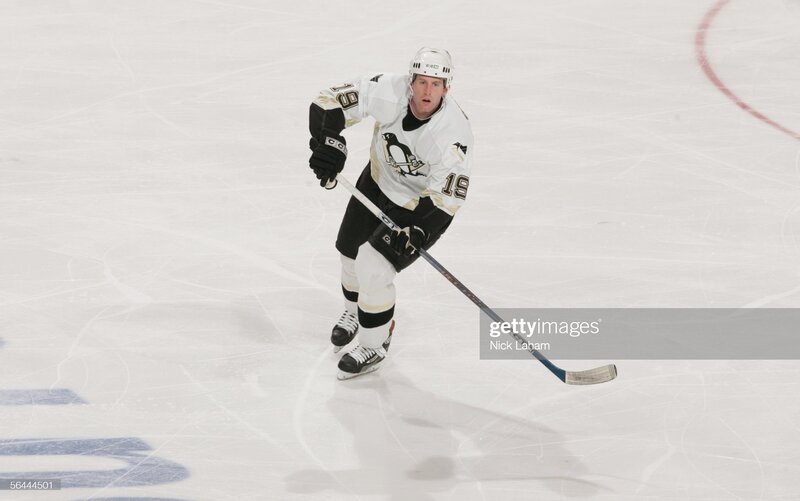 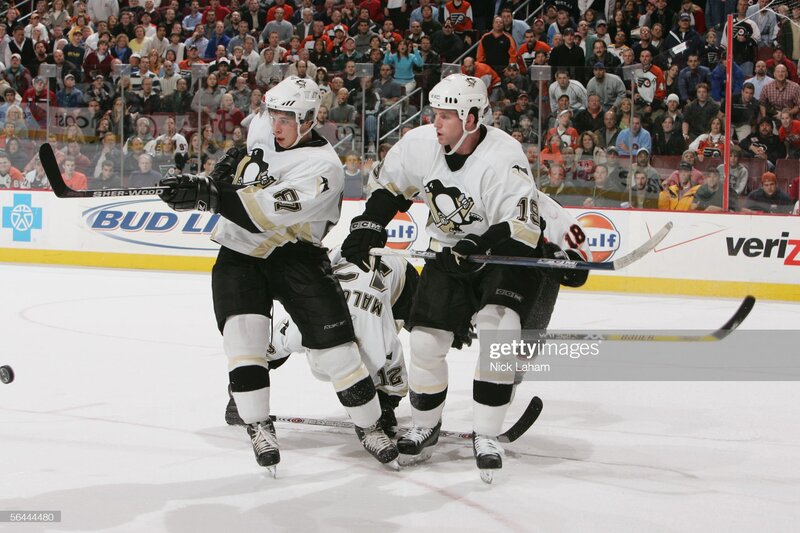