GAME LOGS
Blake Comeau was drafted by the New York Islanders in the second round (47th overall), in the 2004 NHL Entry Draft. He made his NHL debut during the 2006-07 season. Comeau struggled to begin the 2011–12 season, and after failing to register a point in 16 games, was placed on waivers by the Islanders, where he was claimed by the Calgary Flames. Days before the 2013 trade deadline, the Flames traded Comeau to the Columbus Blue Jackets. On July 1, 2014, Comeau signed a one-year contract as a free agent with the Pittsburgh Penguins for the 2014–15 season.
​     Blake Comeau wore this road set 2 jersey for 14 games. He scored three goals and added five assists, while recording 14 penalty minutes. 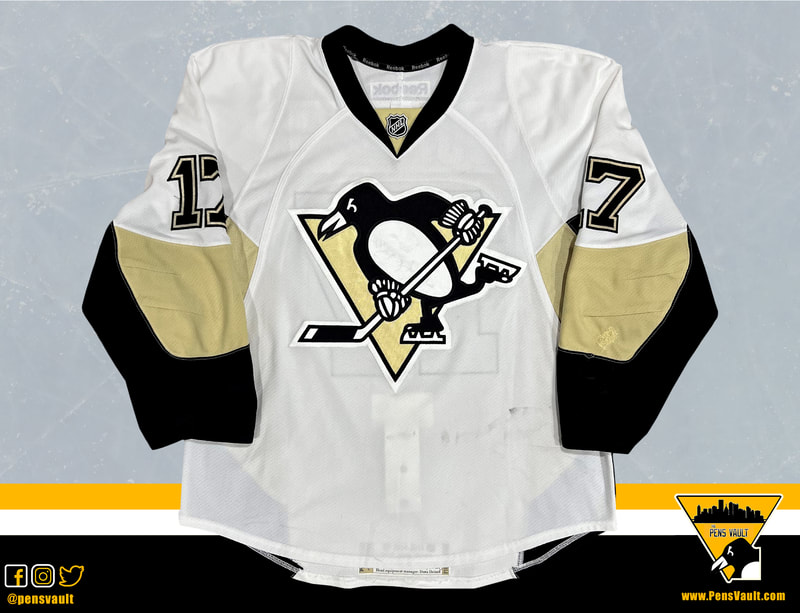 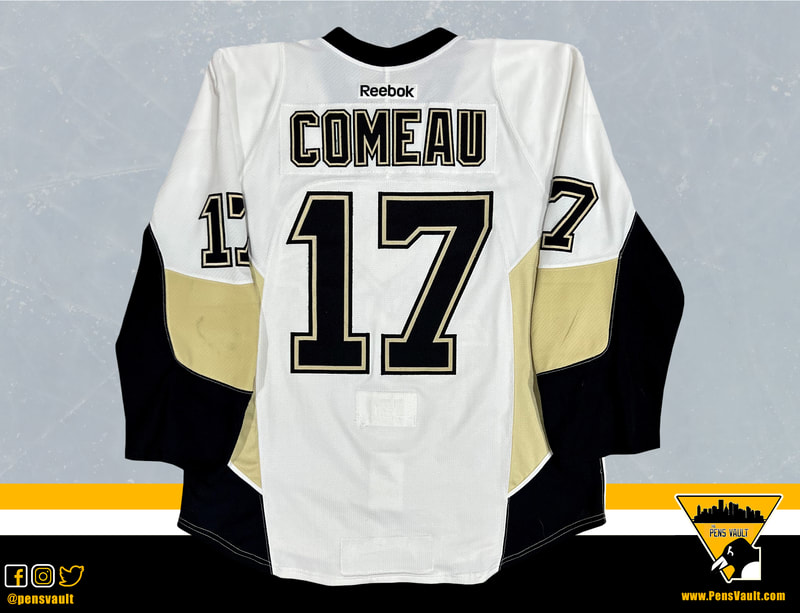 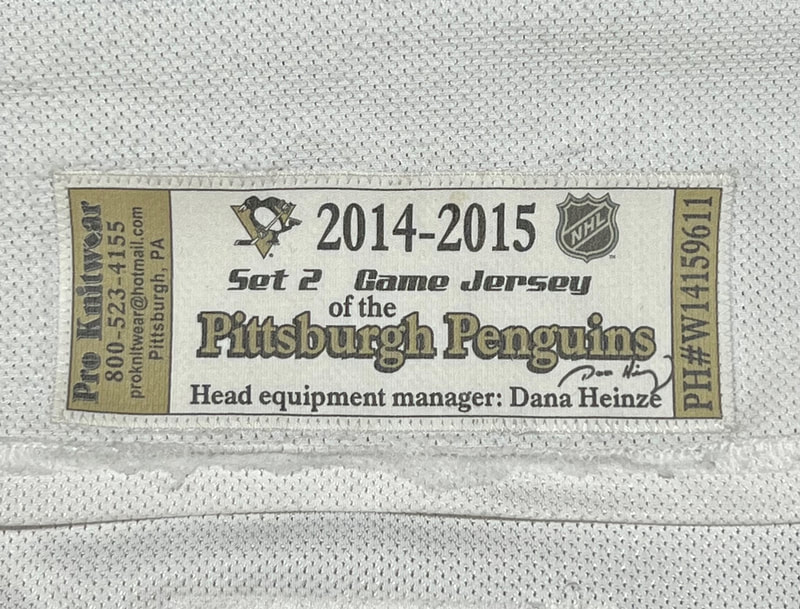 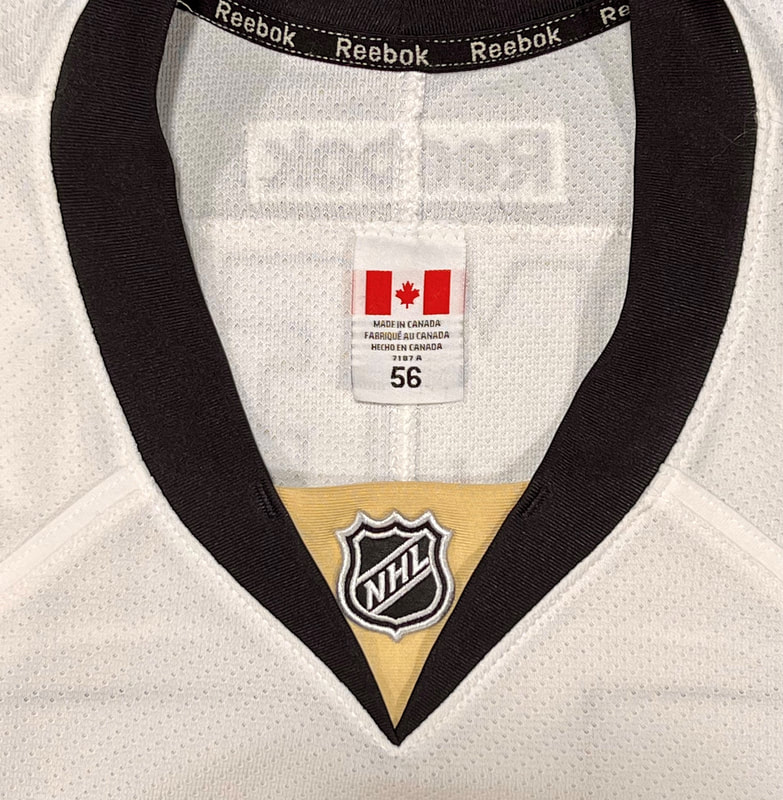 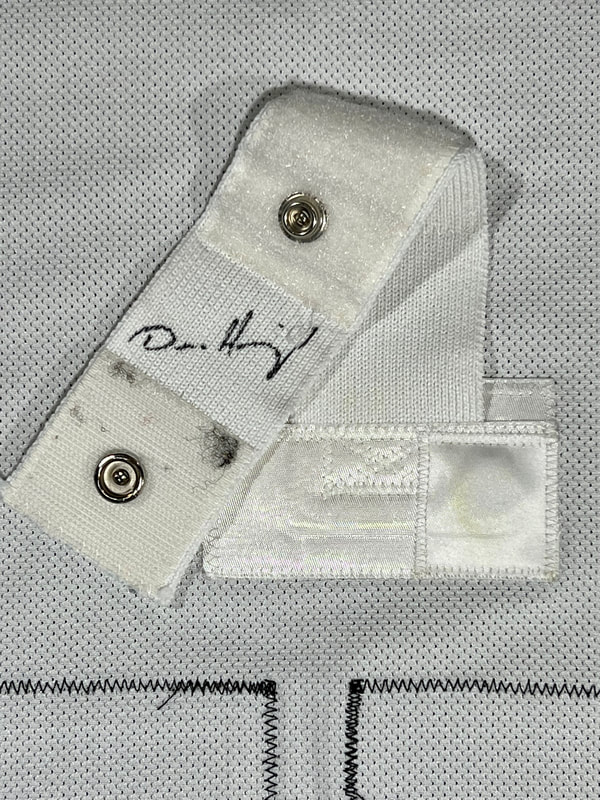 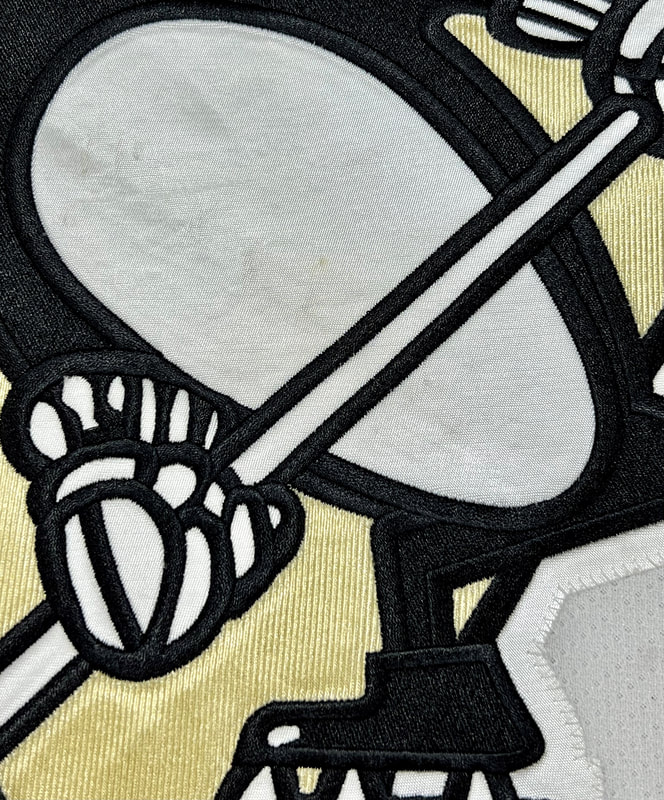 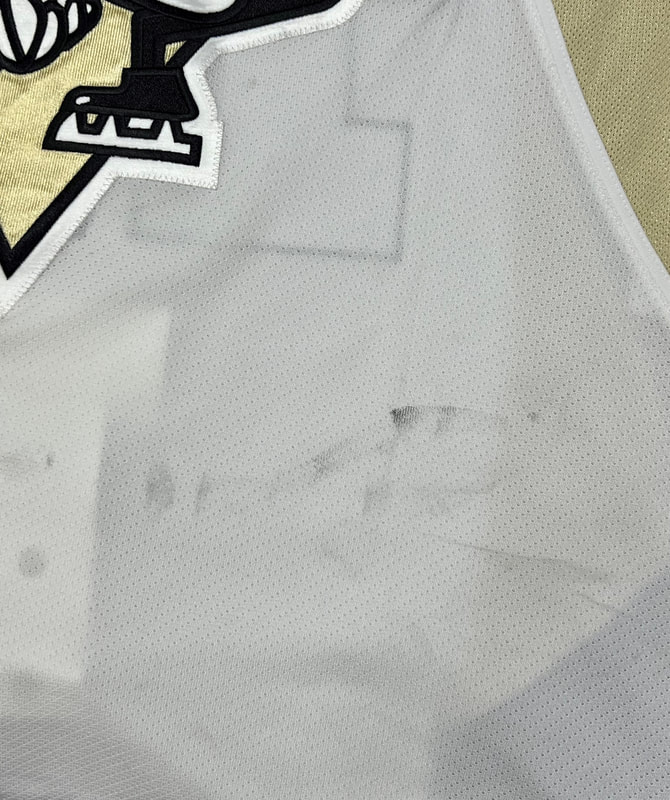 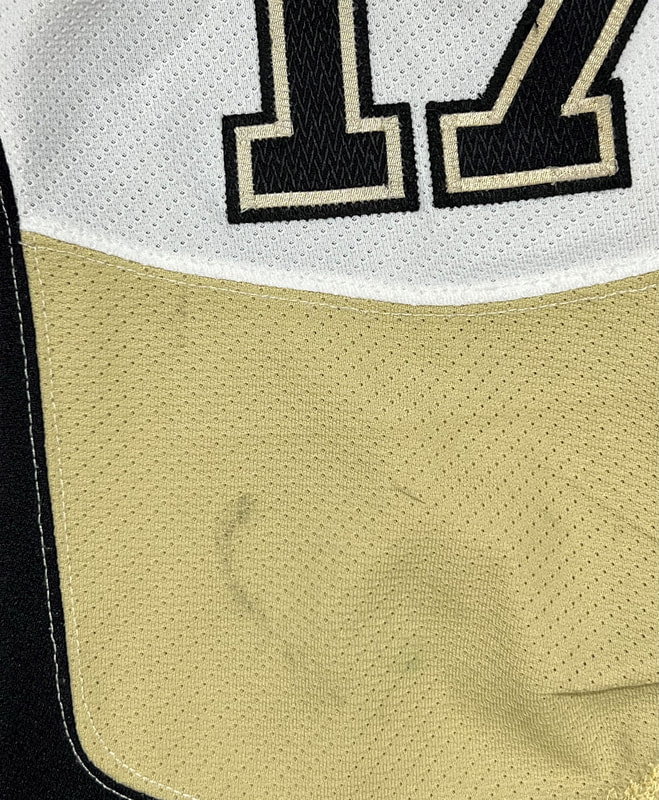 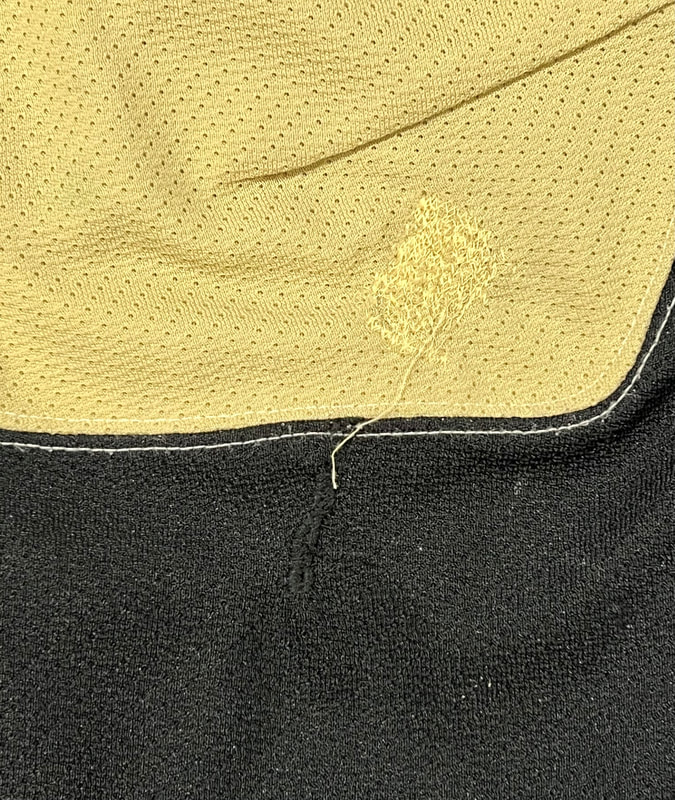 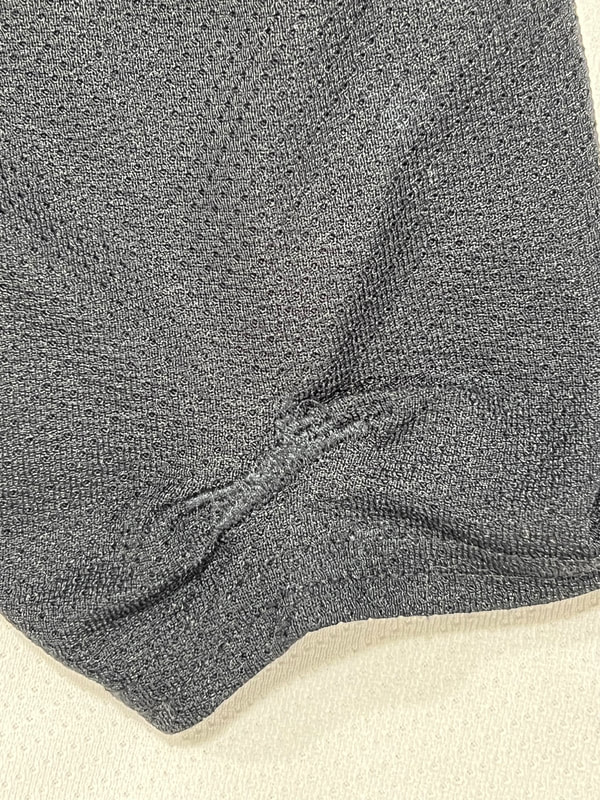 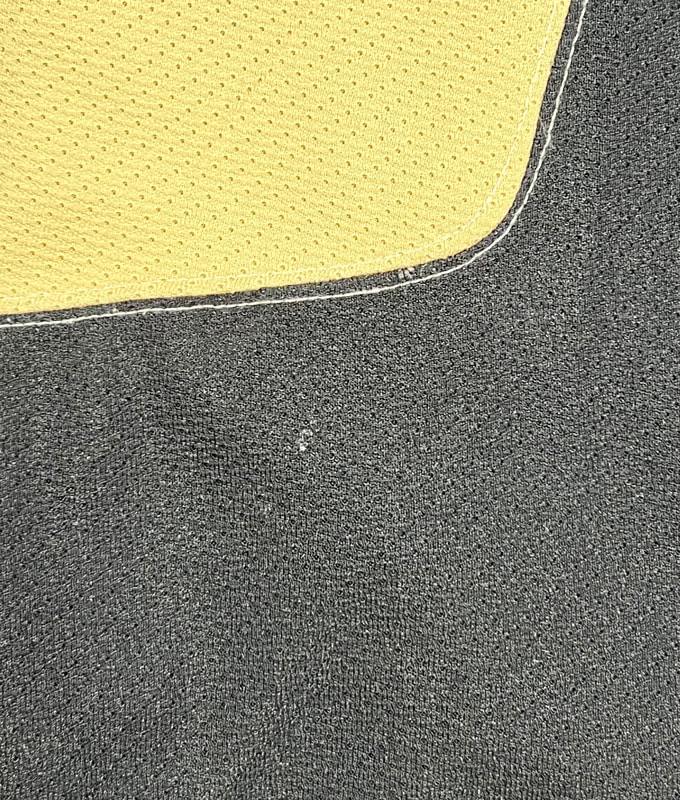 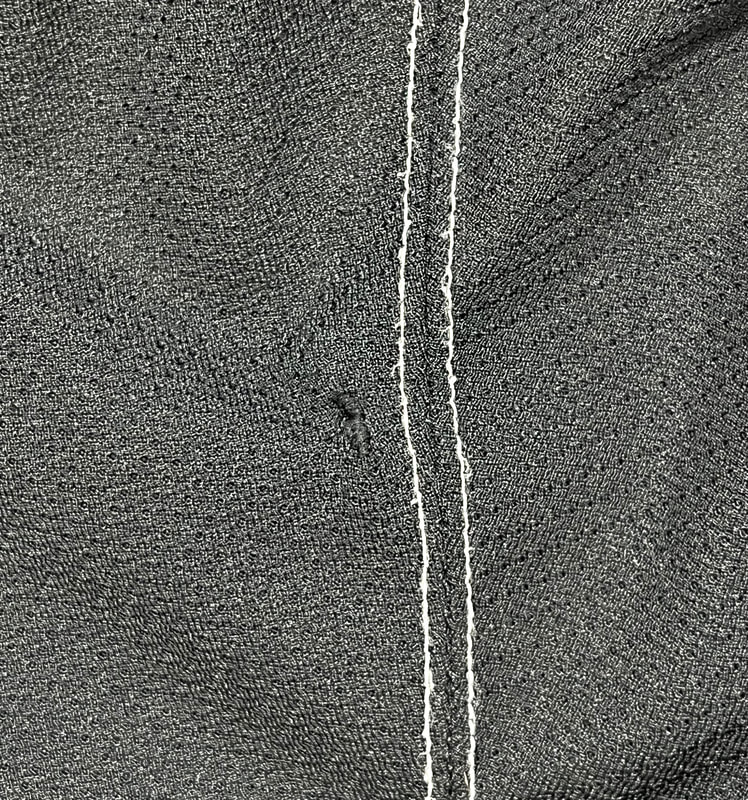 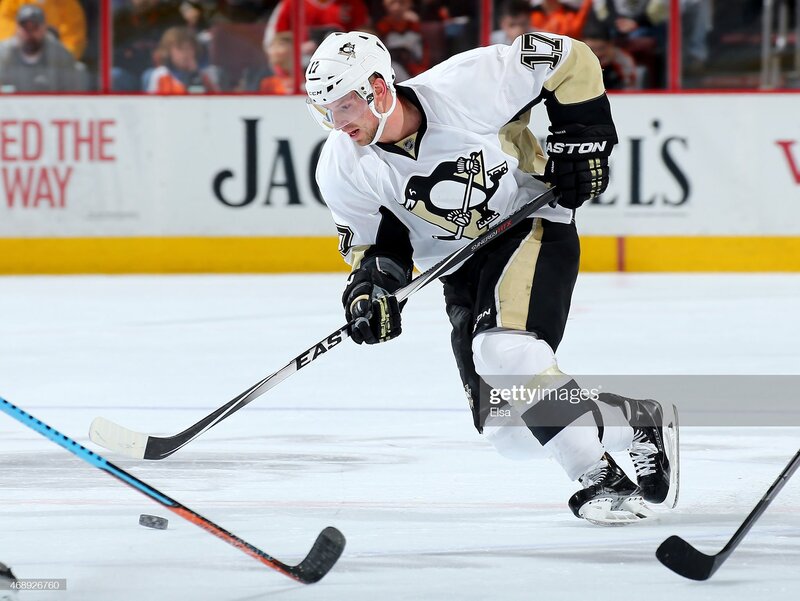 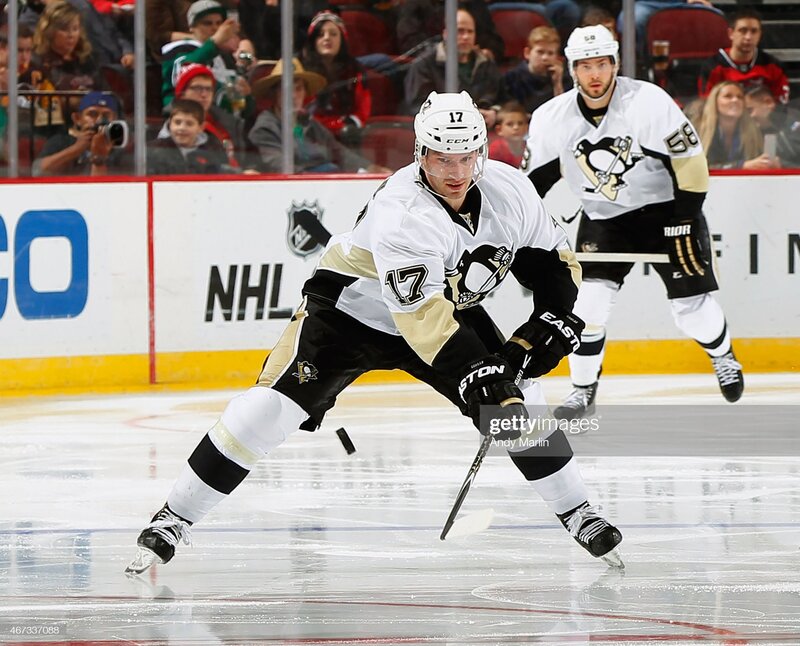 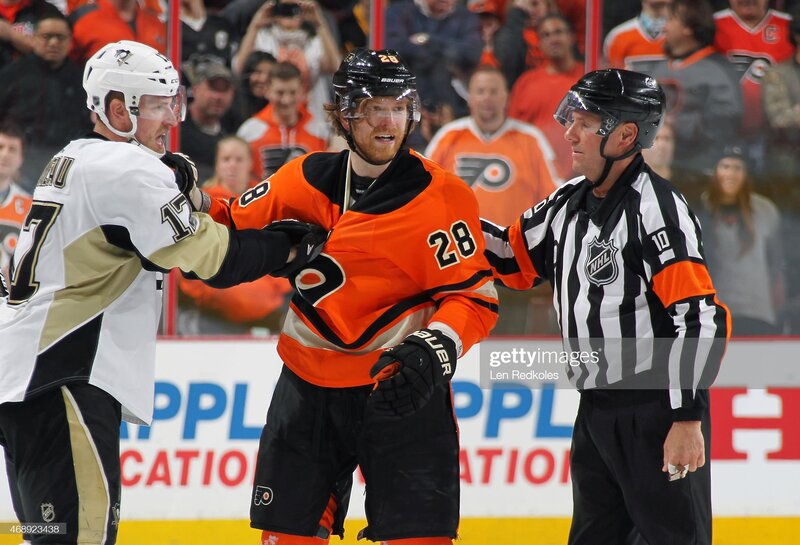 Game Logs
Steve Downie was selected in the 1st round of the 2005 NHL Entry Draft (29th Overall), by the Philadelphia Flyers. In his first full professional season in 2007–08, Downie's professional career got off to an inauspicious start during a pre-season game against the Ottawa Senators on September 25, 2007. He was involved in an incident in which he checked unsuspecting left winger Dean McAmmond into the boards, while his feet were off the ice. Three days later, Downie was suspended by the NHL for 20 games for deliberate injury to McAmmond, as the NHL were cracking down on any play resulting in a head injury. To date, it is the fifth-longest suspension given by the League. After serving his suspension in the AHL, Downie made his long-awaited NHL regular season debut with the Flyers on December 5, 2007. After being traded from the Flyers in 2009, Downie made stops in Tampa Bay and Colorado before finding his way back to Philadelphia for the 2013-14 season.
On July 2, 2014, Downie was signed as a free agent by the Pittsburgh Penguins to a one-year, $1 million contract. Downie established himself amongst the Penguins lower checking lines and proved good value for his contract in the 2014–15 season. He contributed with 14 goals and 28 points as he led the league in penalty minutes with 238. At the conclusion of his contract, Downie opted to part ways with the Penguins and sign as a free agent to a one-year contract with the Arizona Coyotes on July 1, 2015.
Steve Downie wore this alternate set jersey for 12 games. He scored three goals and added two assists over that span of games. In addition, he held a plus 5 rating and logged 46 penalty minutes. 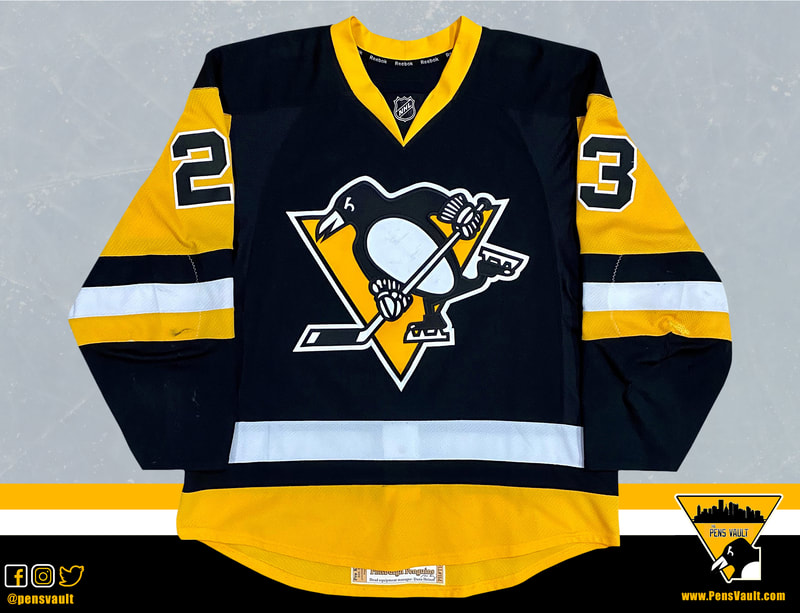 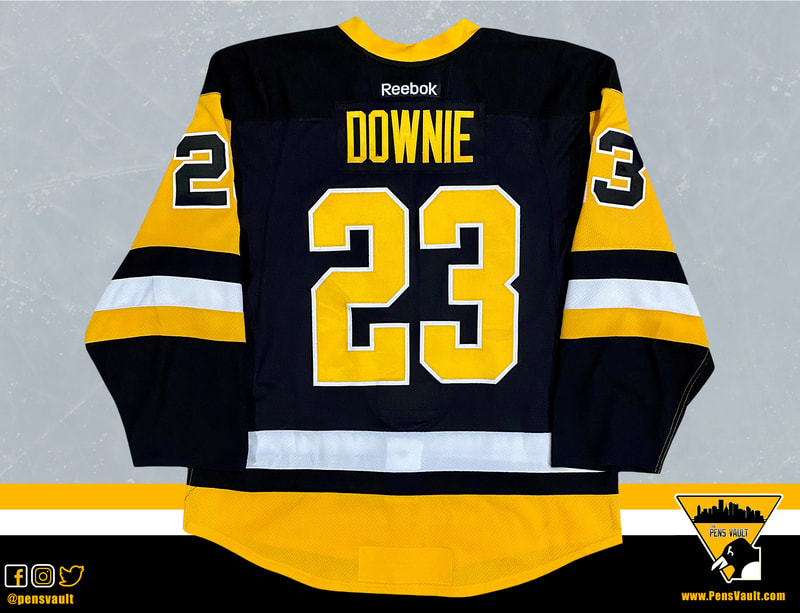 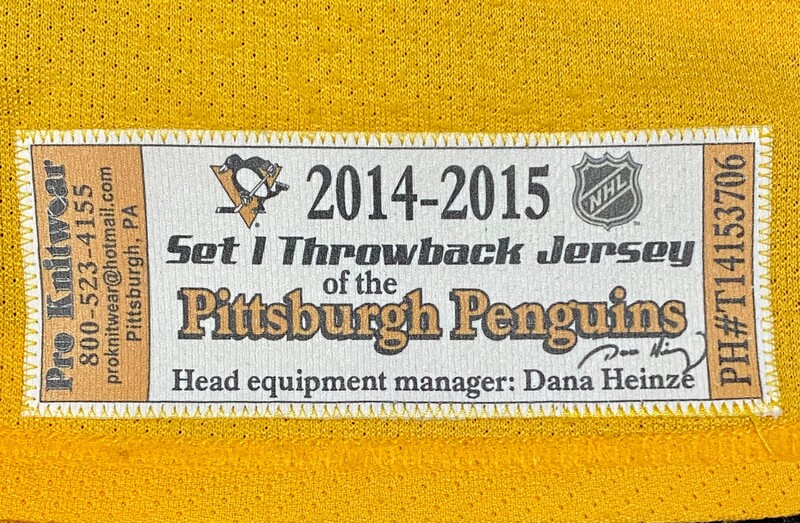 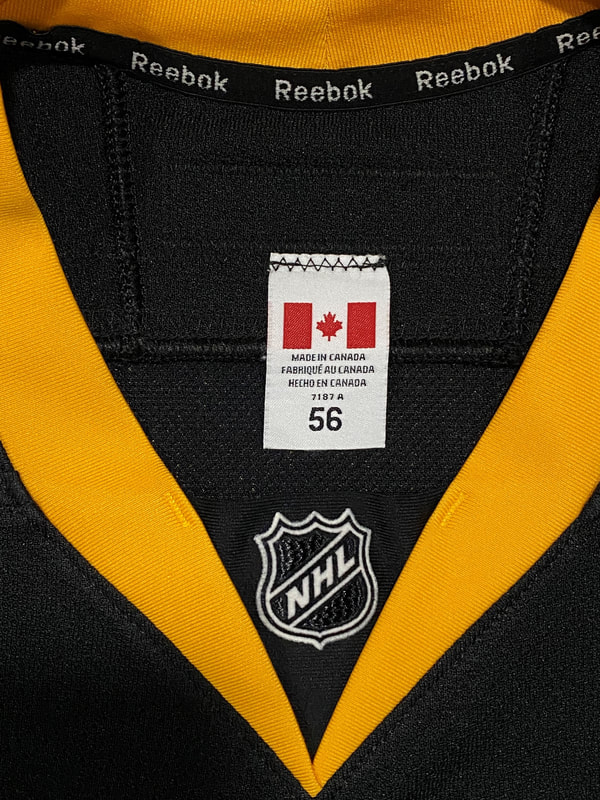 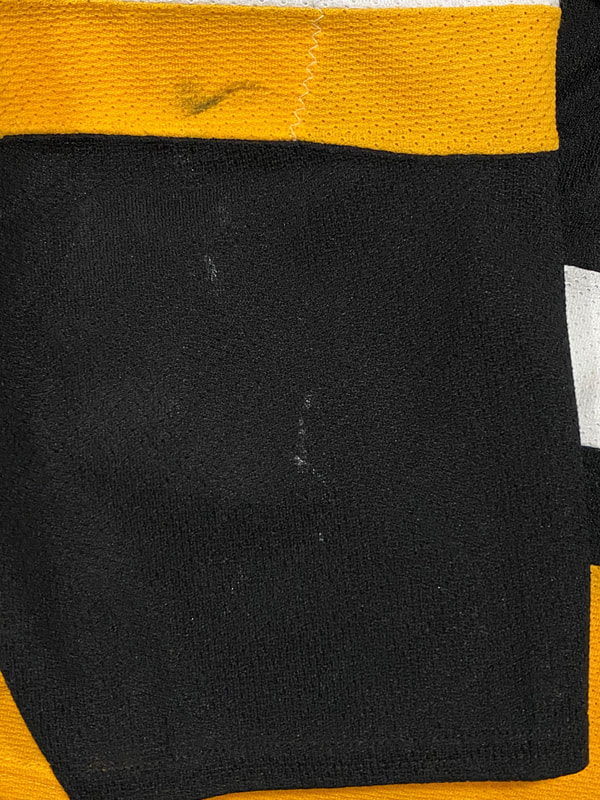 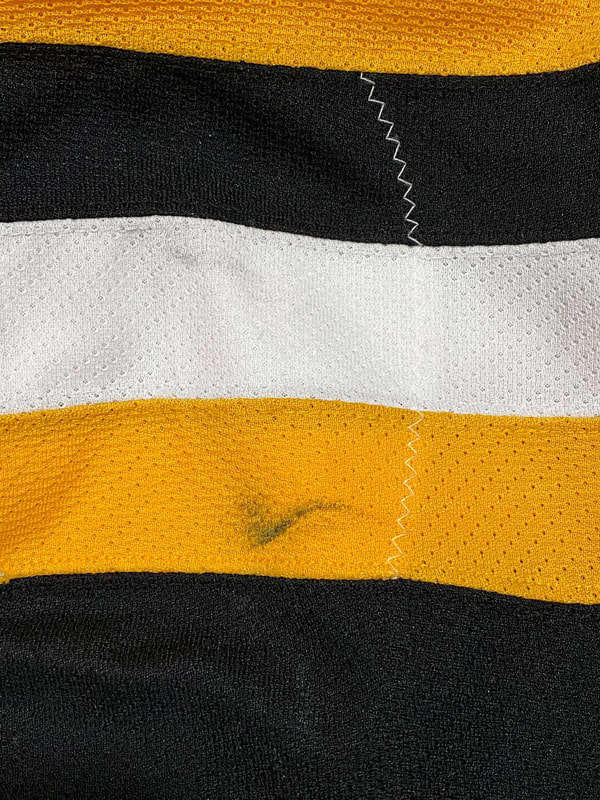 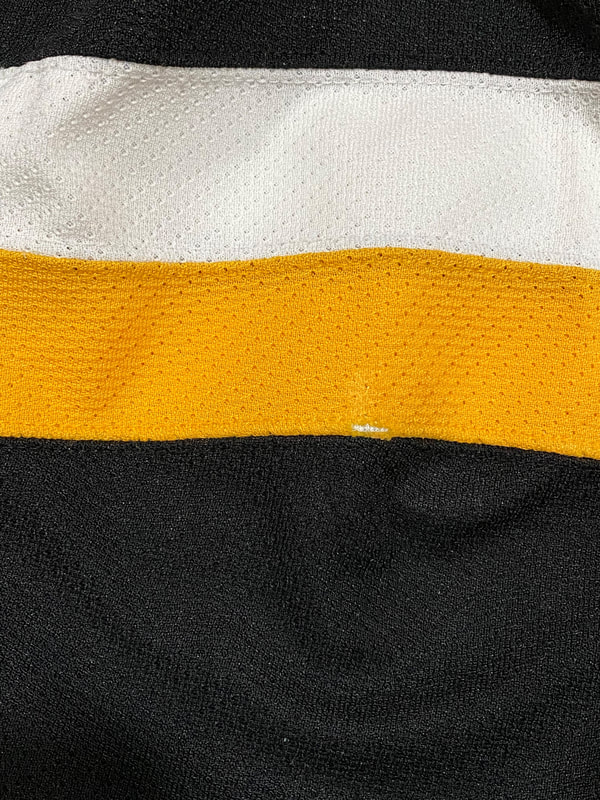 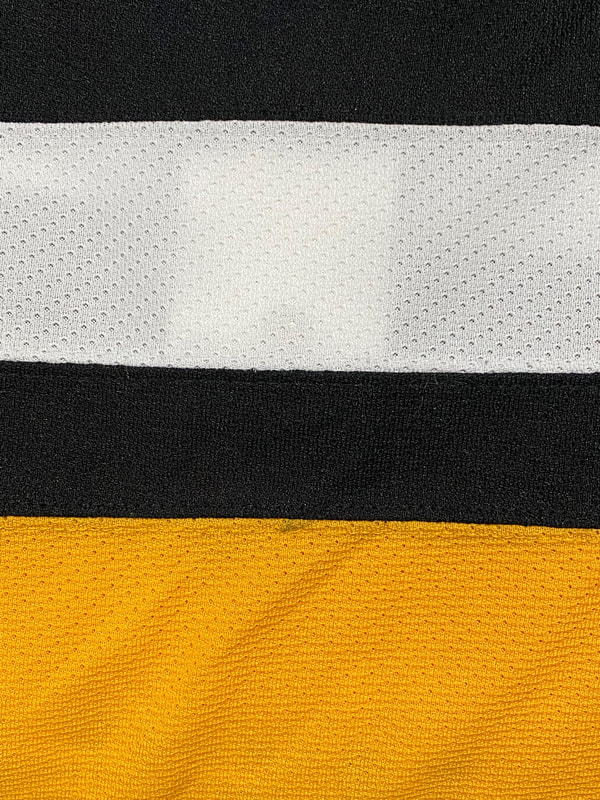 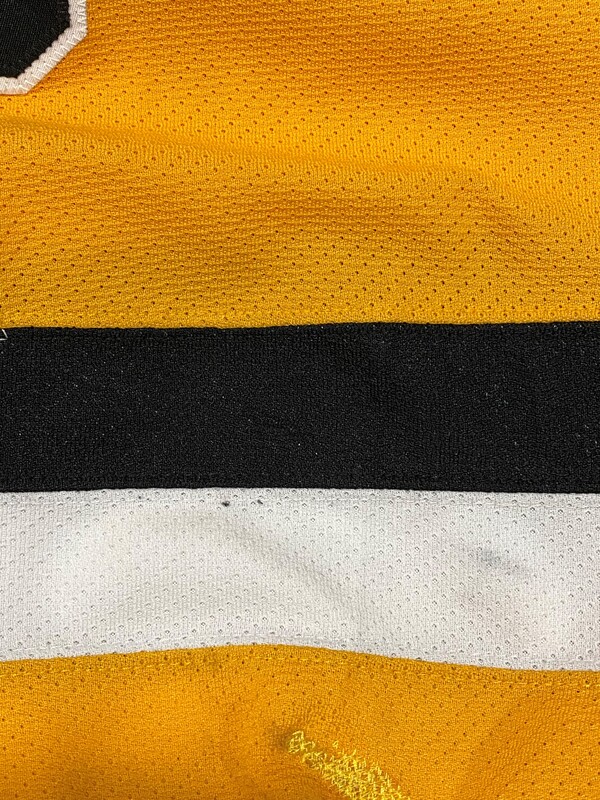 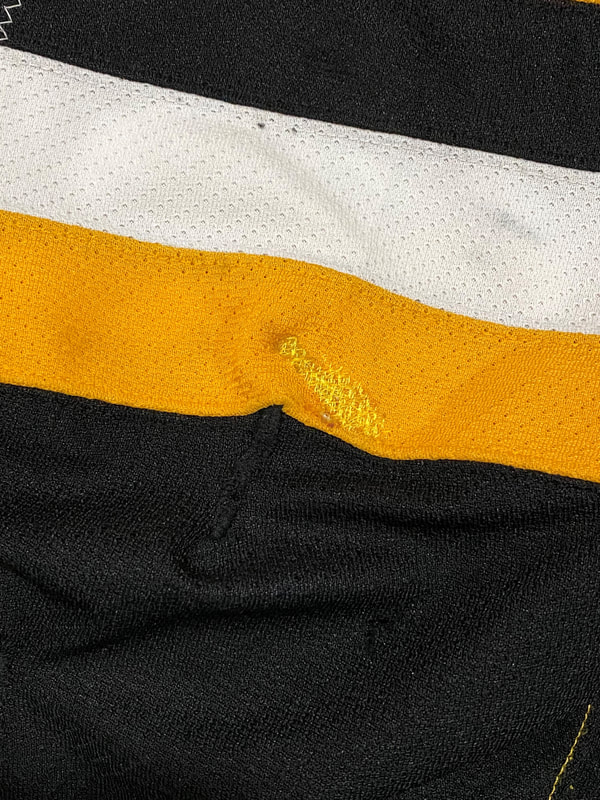 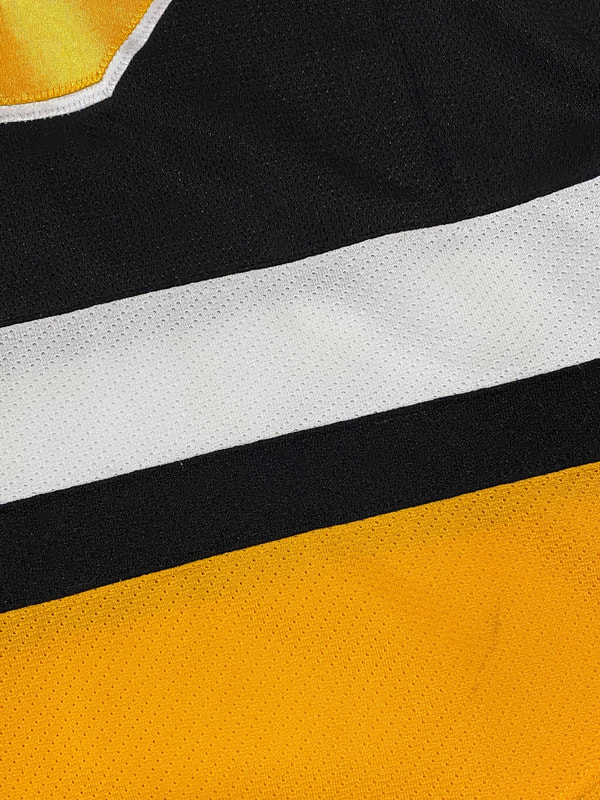 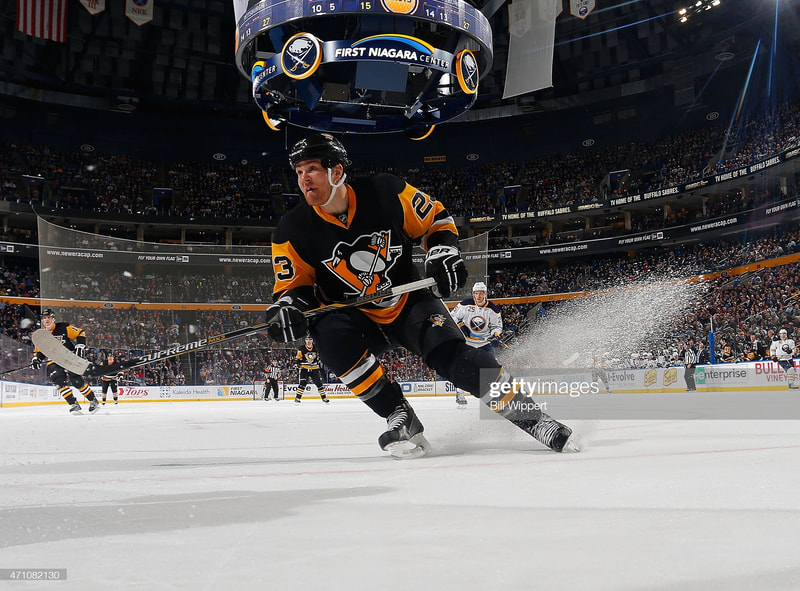 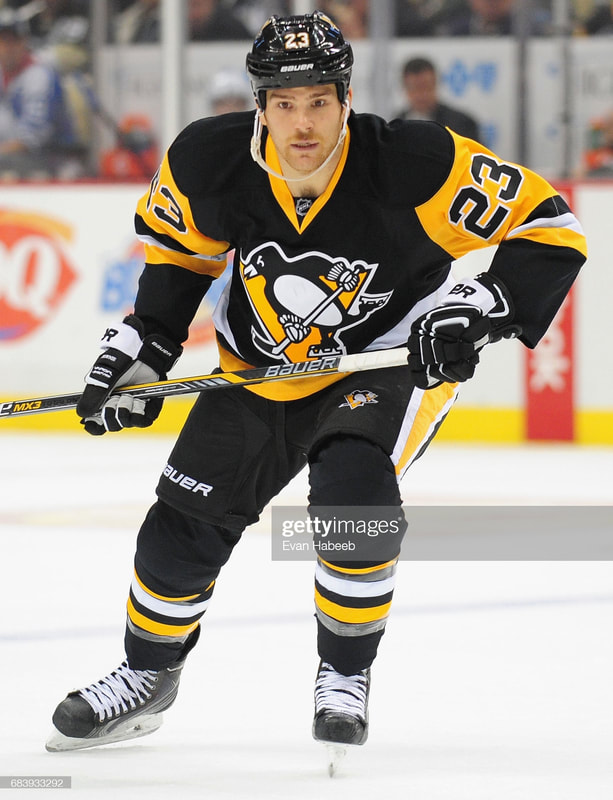 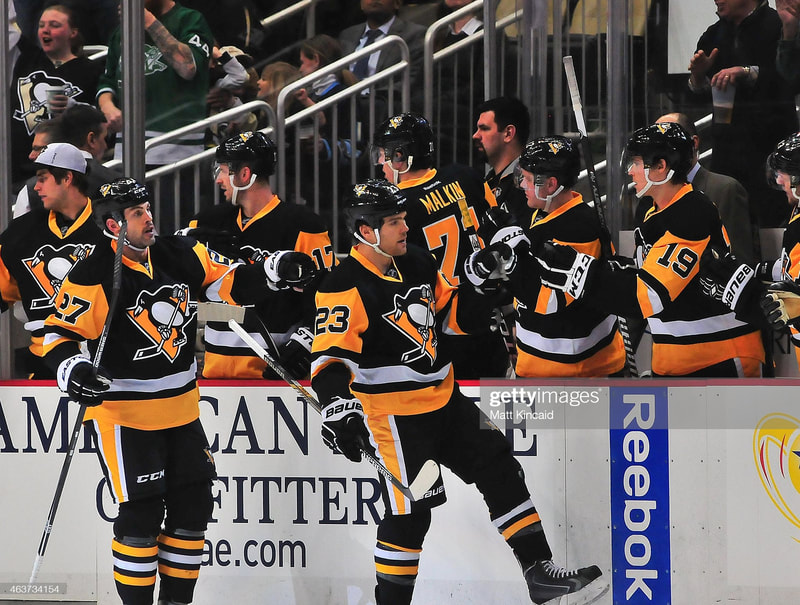