CAREER ACHIEVEMENTS
GAME LOGS
Chris Kunitz signed with the Mighty Ducks of Anaheim on April 1, 2003, as an undrafted free agent. During the 2005-06 season, Kunitz was claimed on waivers by the Atlanta Thrashers. After a two-game stint, he was reclaimed on waivers by the Ducks. Kunitz went on to win the cup with the Ducks during the 2006 Finals.
On February 26, 2009, Chris Kunitz was traded to the Pittsburgh Penguins in exchange for Ryan Whitney. He became a mainstay alongside Sidney Crosby or Evgeni Malkin on the top two lines. Kunitz would become part of three more Stanley Cup Championships during his time with the Penguins.
Chris Kunitz wore this home set two jersey for nineteen games. He scored six goals and added seven assists over those games. In addition to his thirteen points, he logged sixteen penalty minutes. 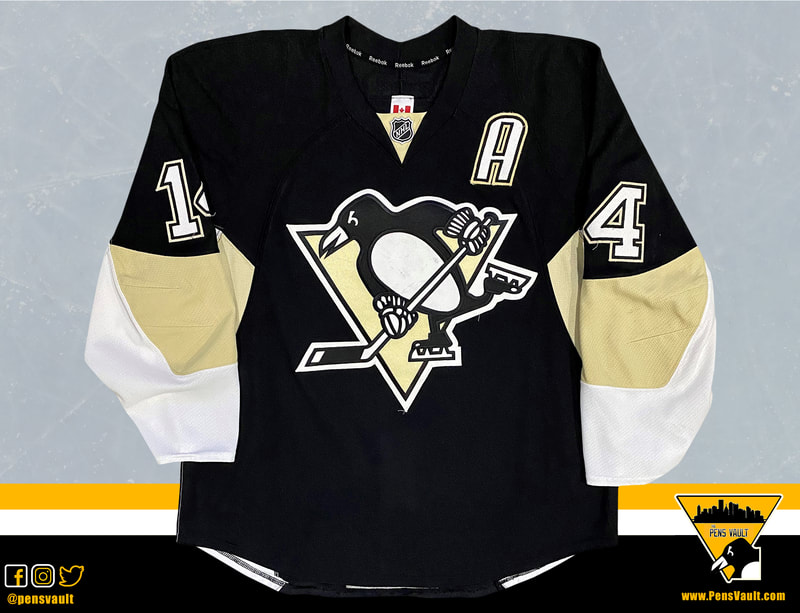 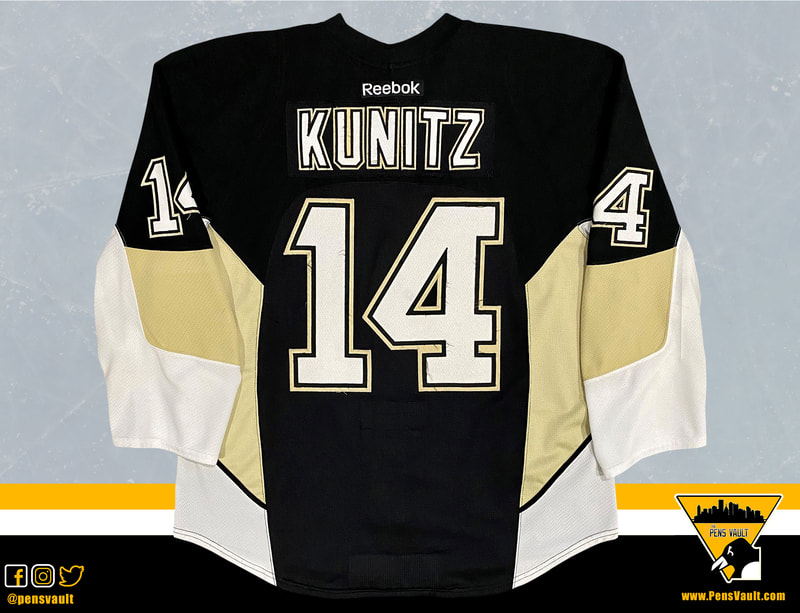 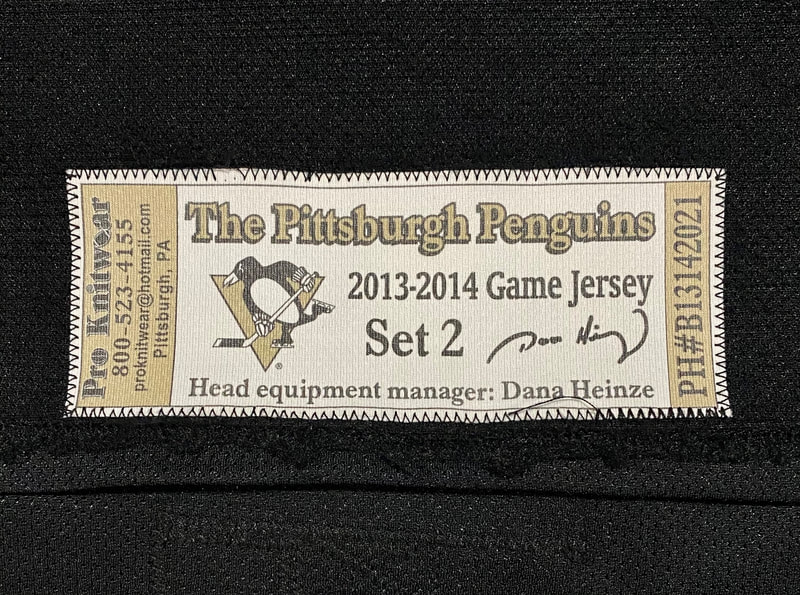 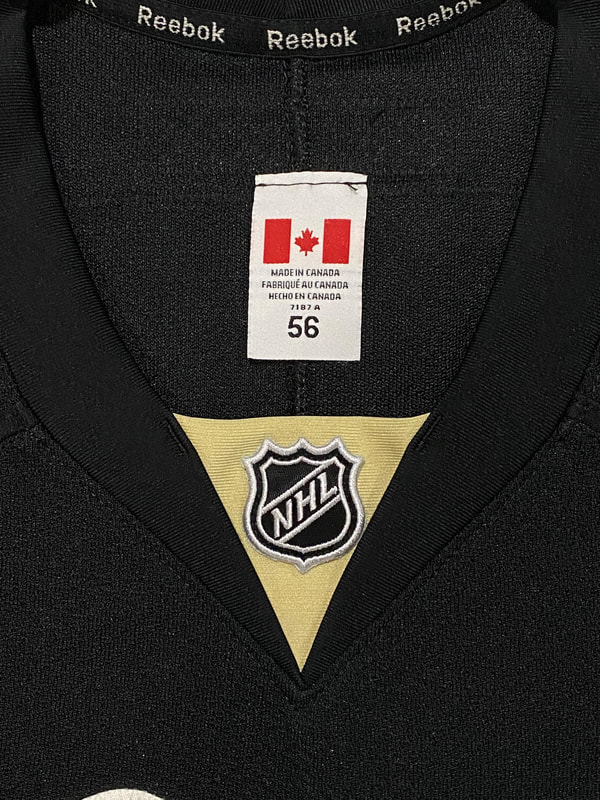 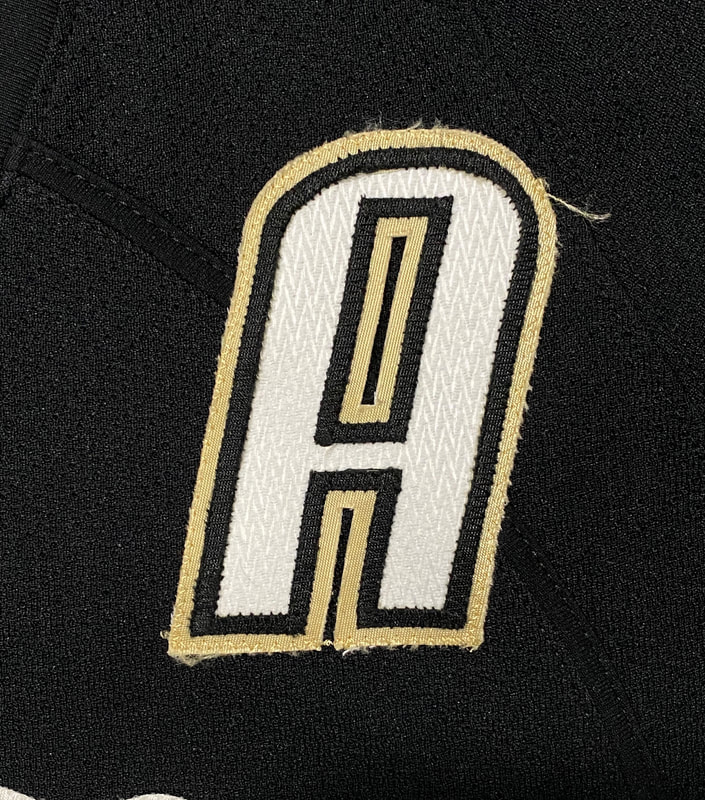 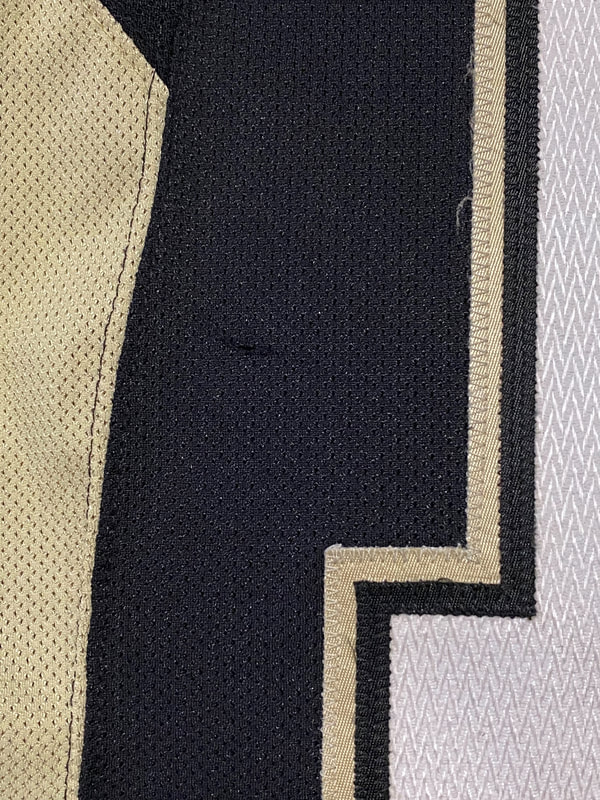 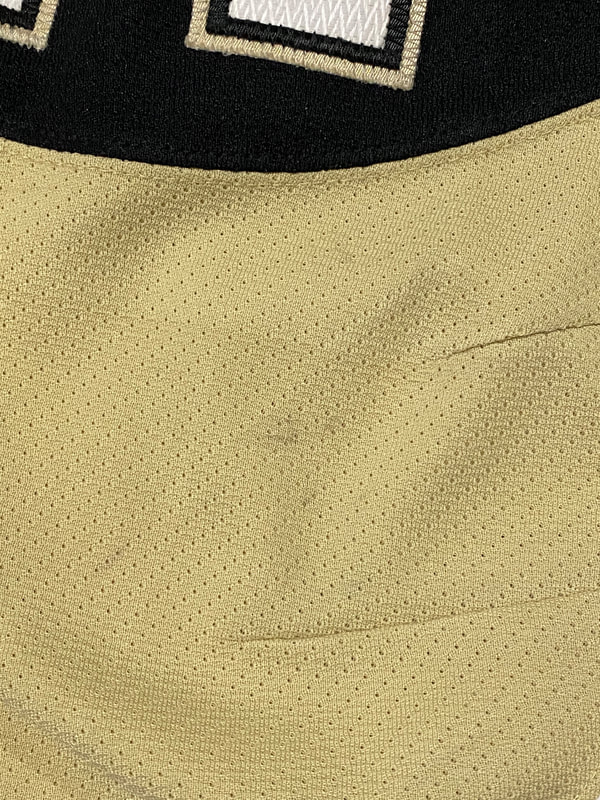 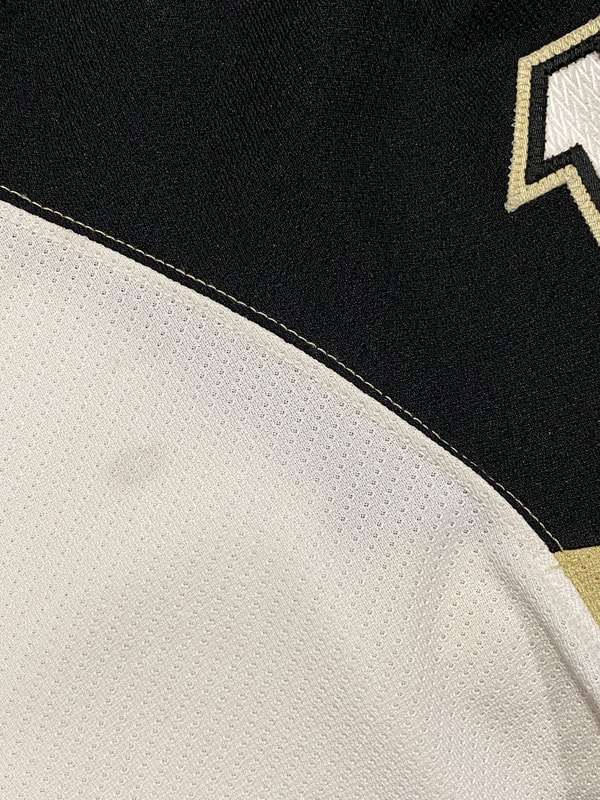 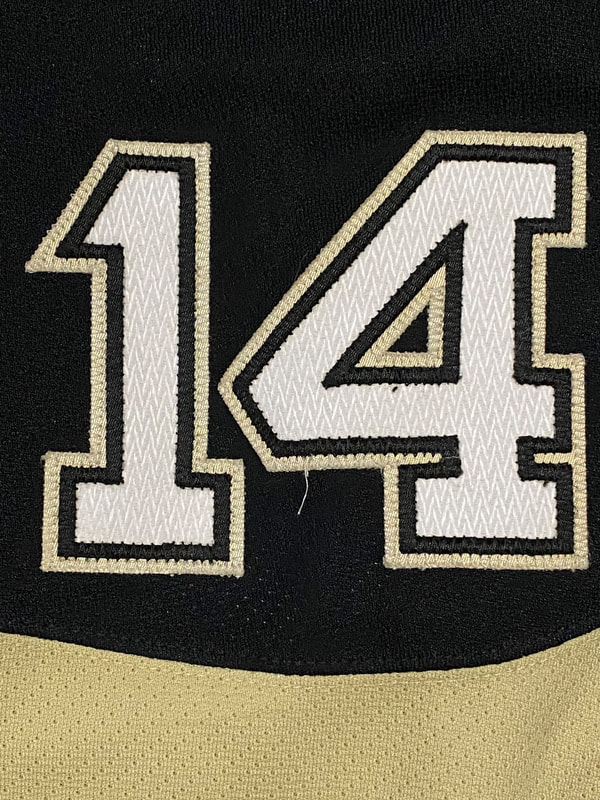 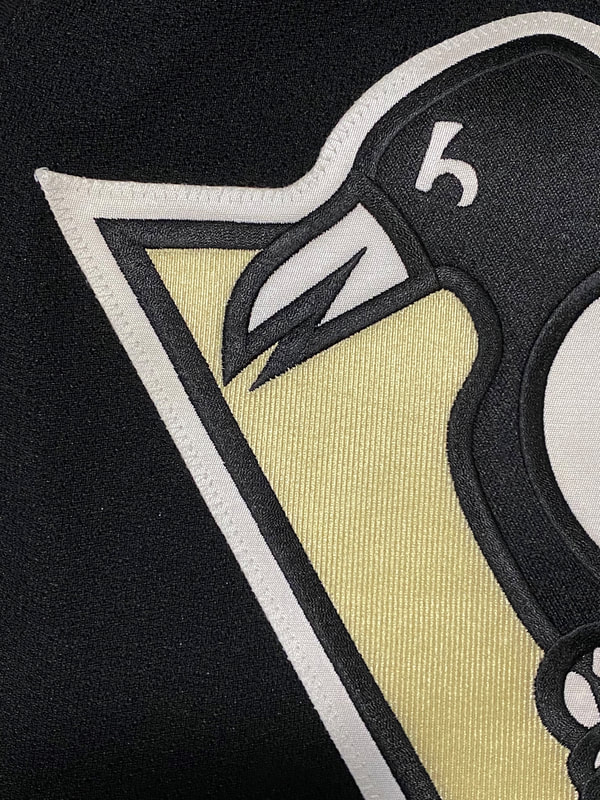 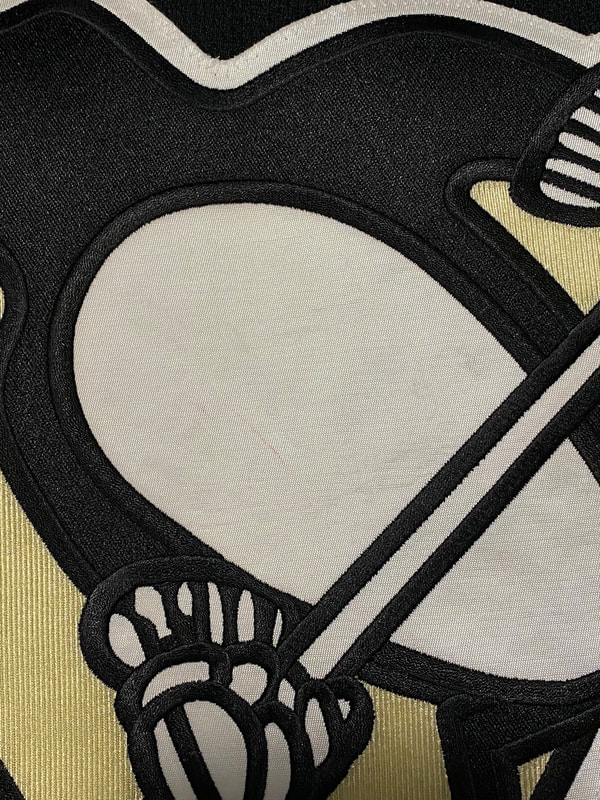 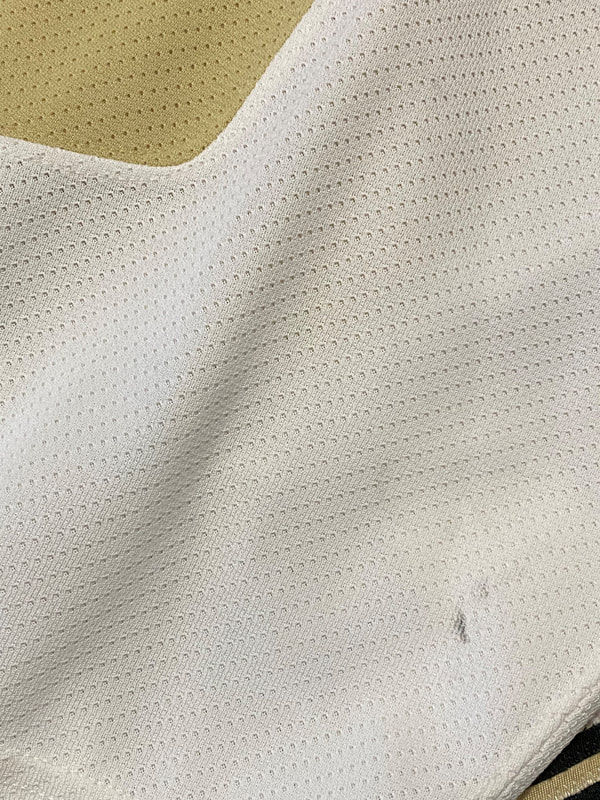 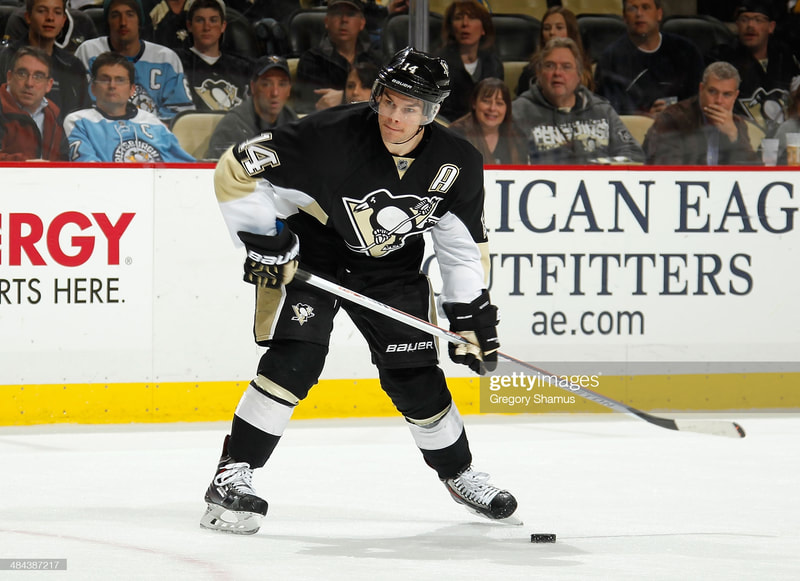 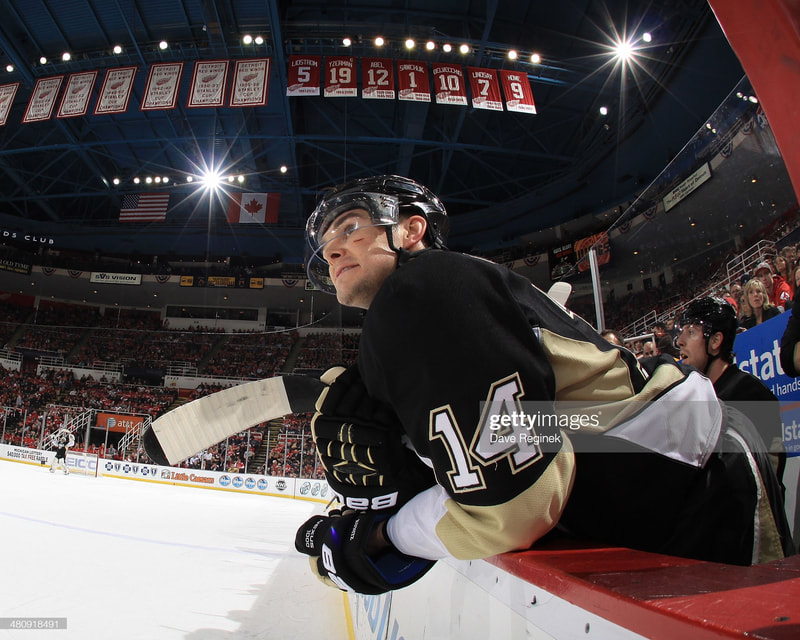 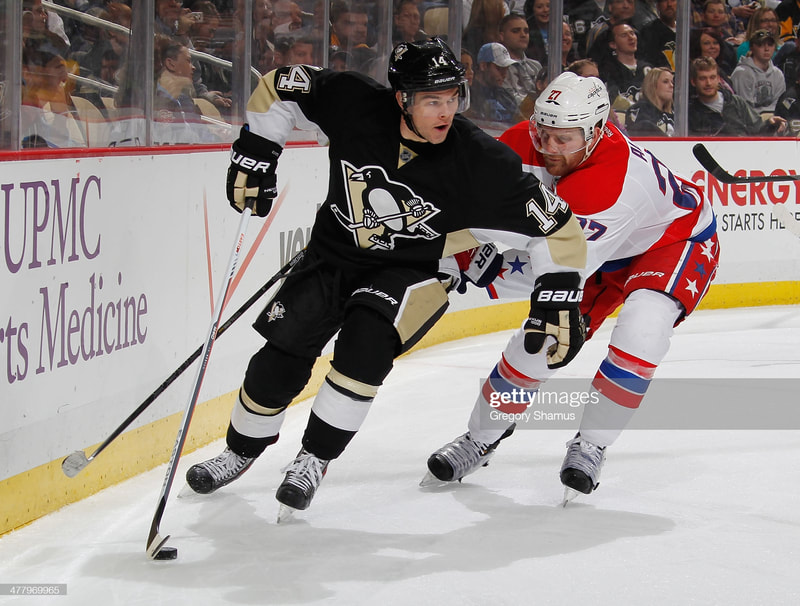 Game Logs
​2nd Period Jersey
On March 1, 2014, the Chicago Blackhawks played host to the Pittsburgh Penguins in front of 62,921 screaming fans at Chicago's Soldier Field, home of the Chicago Bears. With the frigid temperatures and snowflakes filling the sky, the Blackhawks seemed to have no trouble filling the net. Marc-Andre Fleury made 35 saves in the 5-1 loss to the Hawks. Penguins forward James Neal was credited with the Penguins lone goal. Although the scenery was something to take in, this was a game the Penguins would soon like to forget.
Joe Vitale was held without a point in 11:42 of ice time spread over 15 shifts. He was a minus 2 throughout the contest. Vitale wore this jersey throughout the second period of play. The jersey has a Penguins set tag sewn into the rear hem as well as a MeiGray serial numbered tag. This jersey is registered into the MeiGray Game Worn Authentication Program as MGG # K 09173. 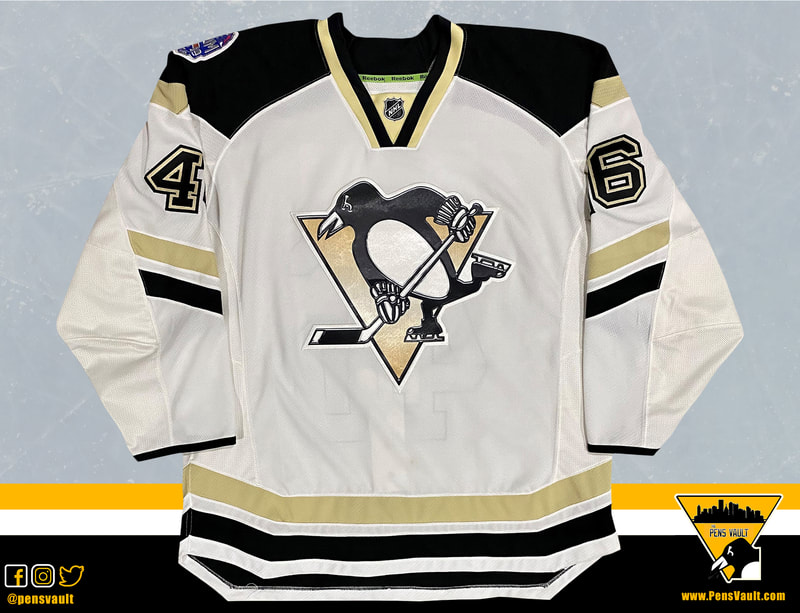 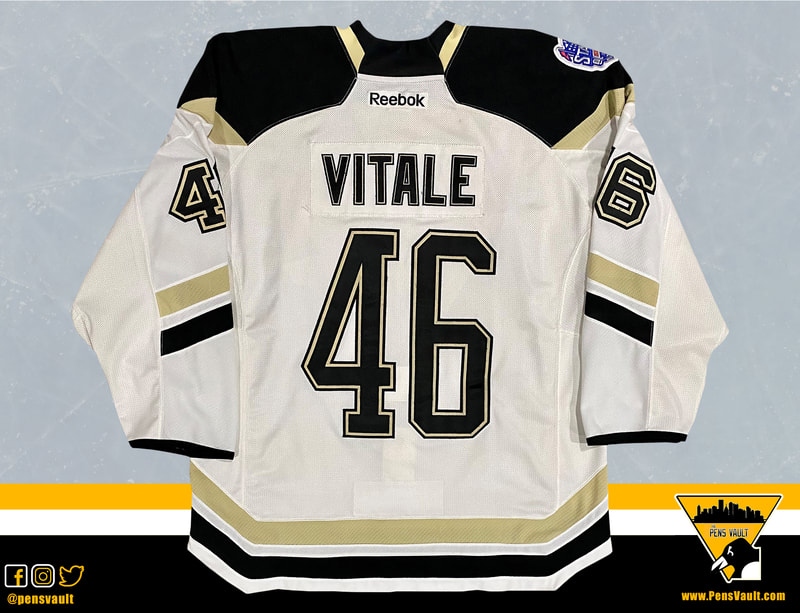 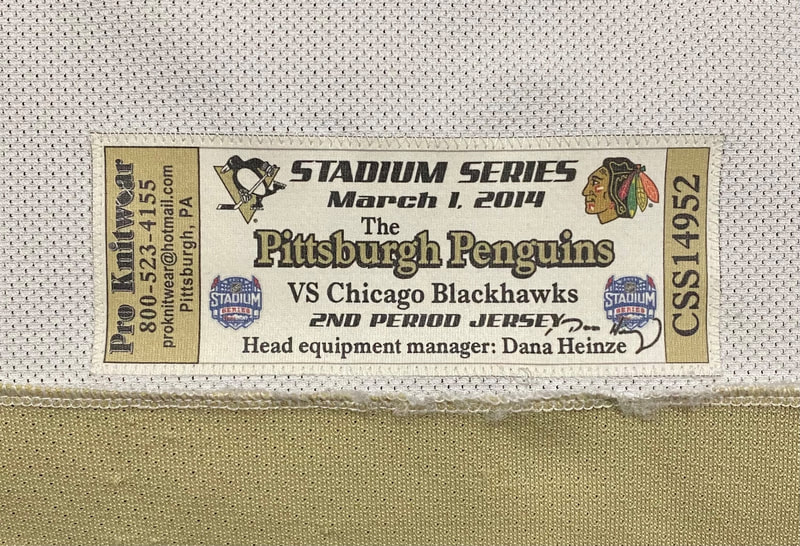 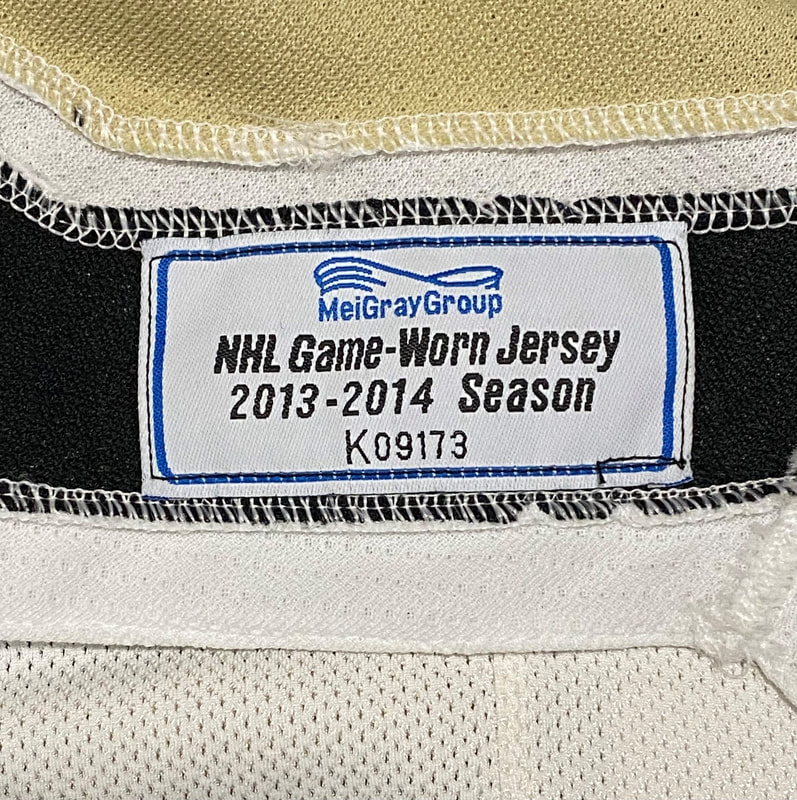 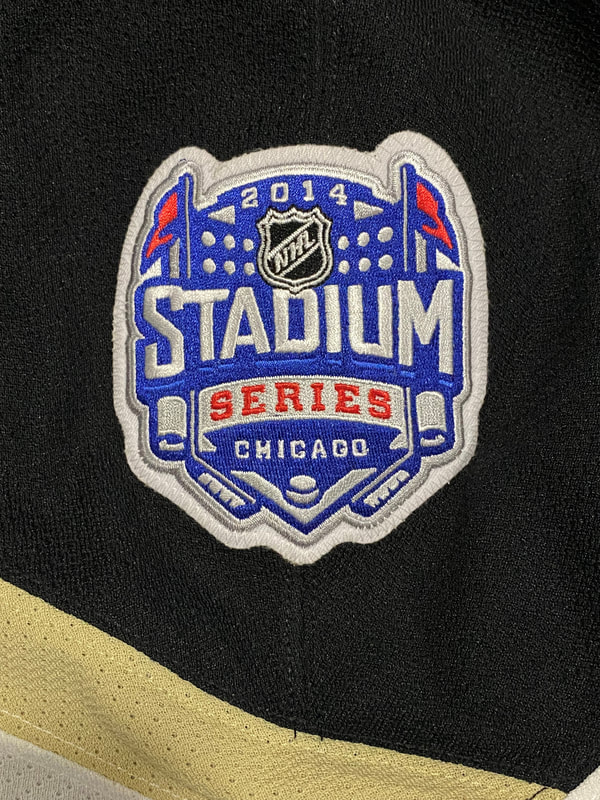 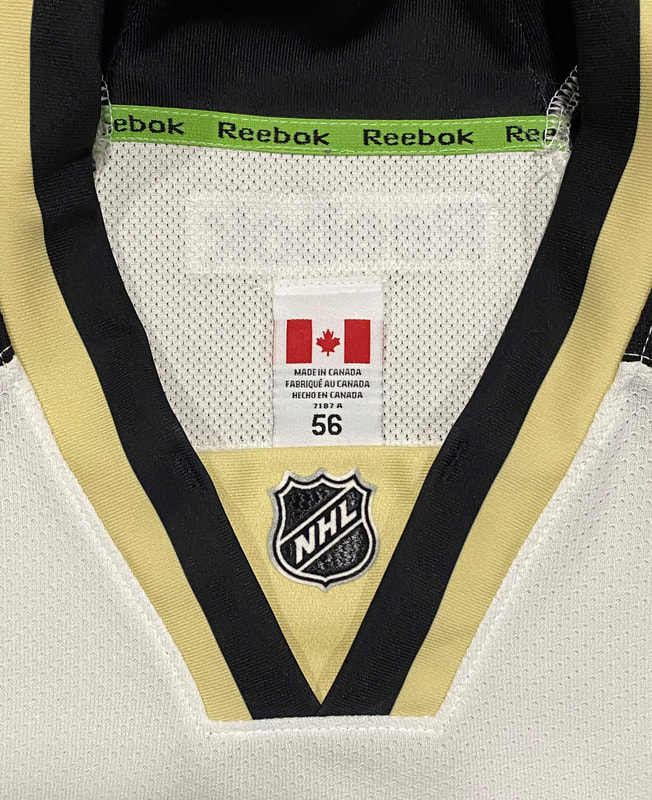 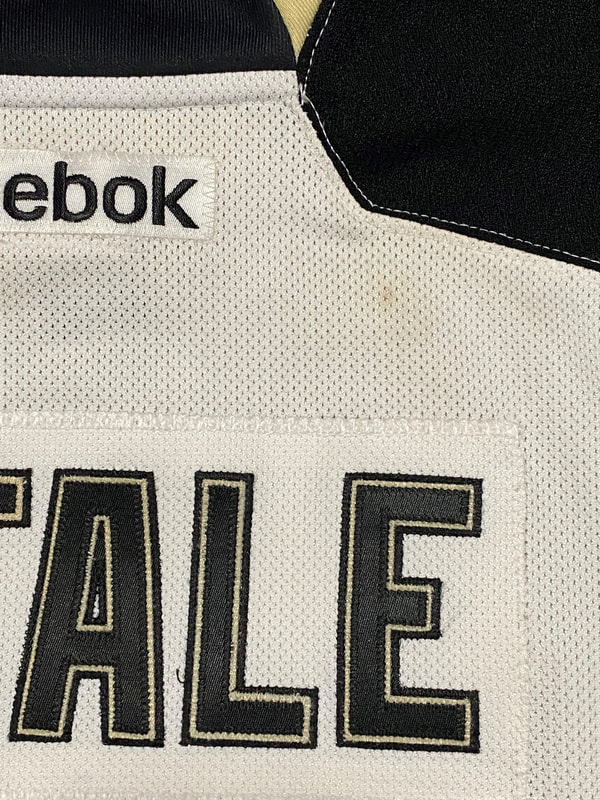 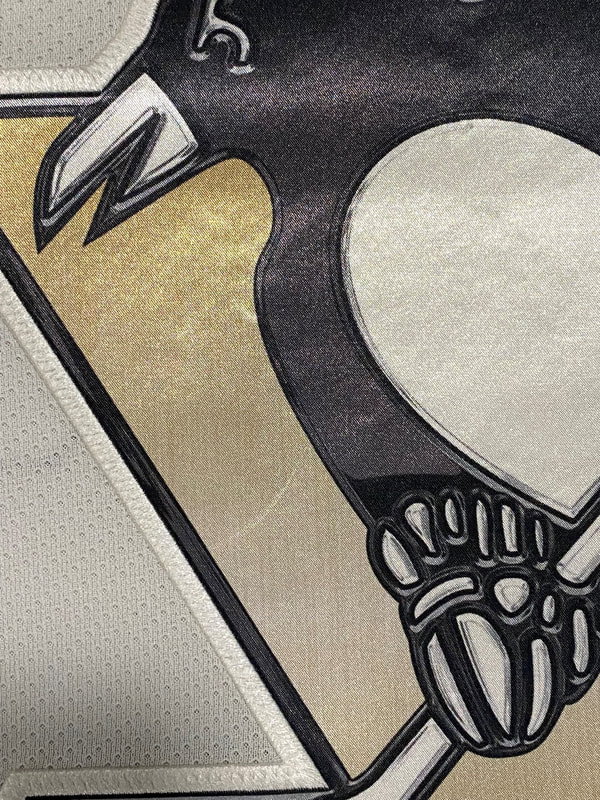 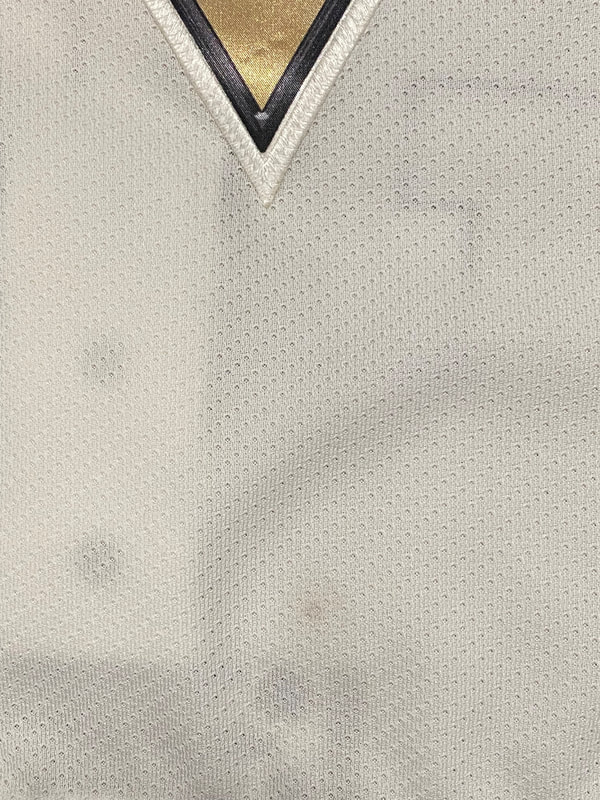 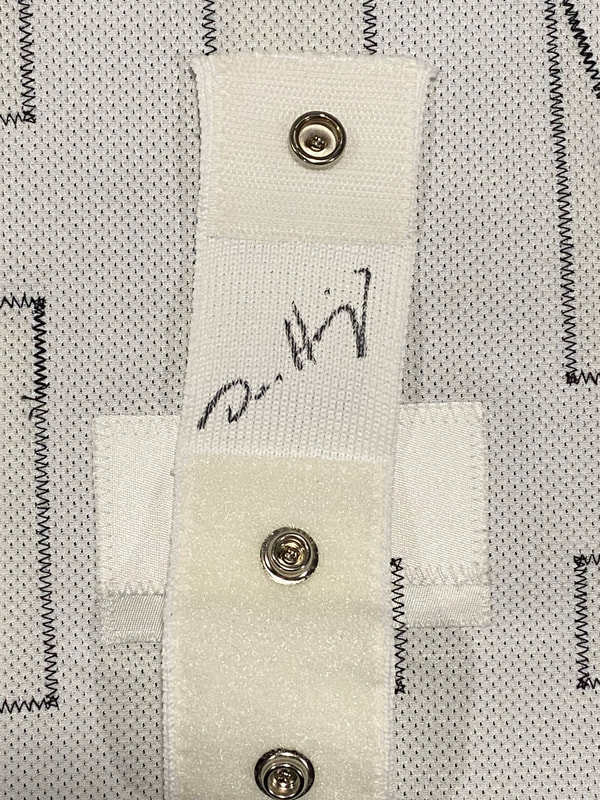 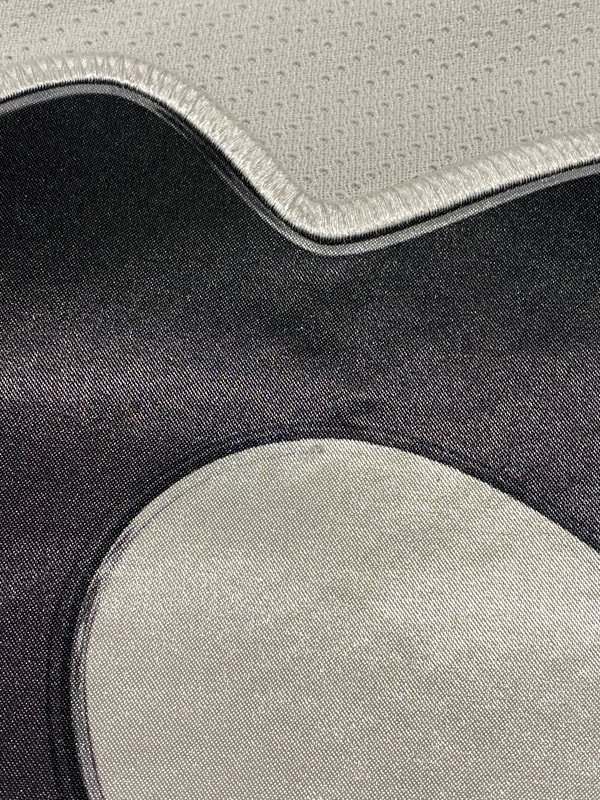 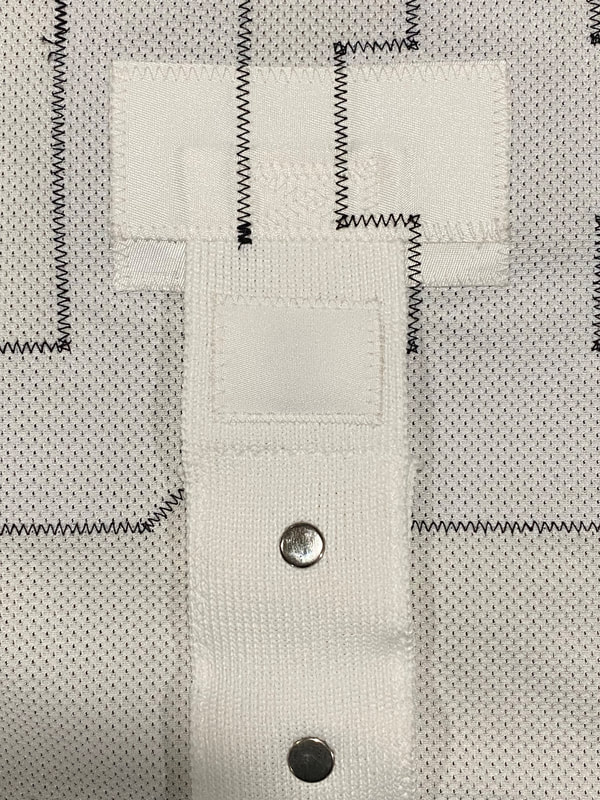 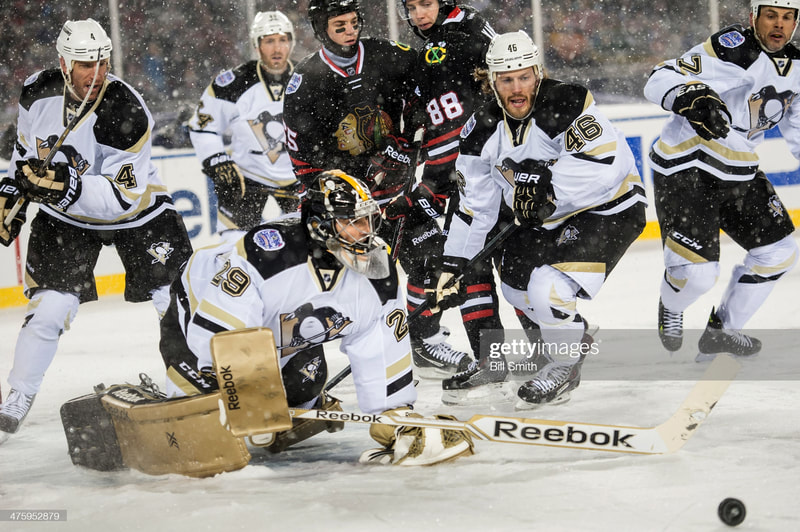 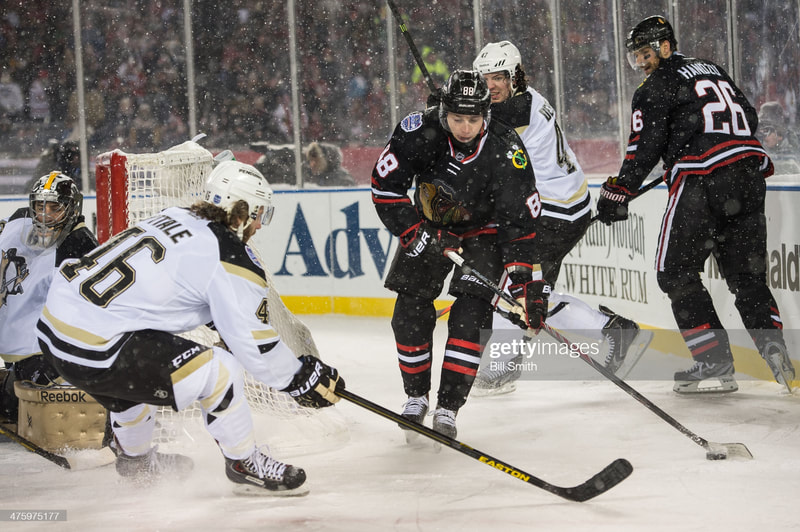 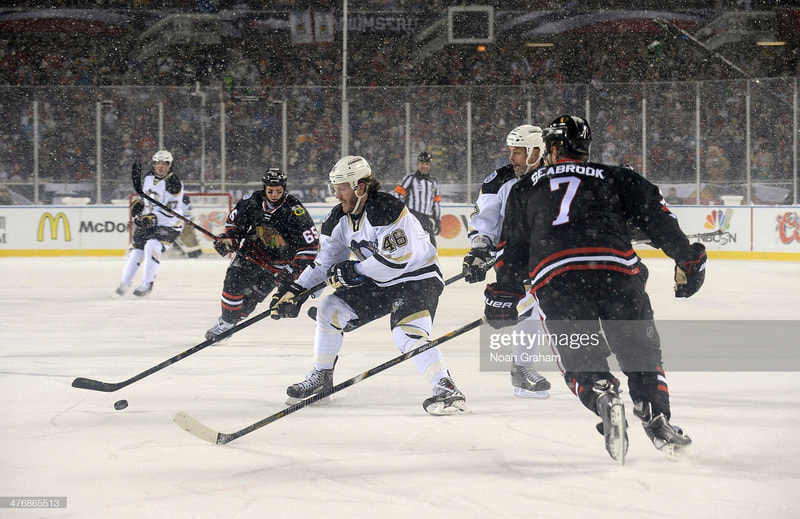