CAREER ACHIEVEMENTS
GAME LOGS
100th Career Assist Jersey
After last season's run to a Stanley Cup championship, the Penguins decided to keep the infamous "HBK" line together to start the season. Due to injuries and inconsistent play throughout the lineup, Hagelin shuffled throughout the top three lines. Hagelin played a key role in the Penguins penalty killing using his speed to thwart the enemy. His numbers on the score sheet seemed to cool off in the early part of the season. But as for his defensive side, he has become a valuable asset to the Penguins.
​     On November 5th Pittsburgh made its first trip back to the SAP Center in San Jose in a rematch of the 2016 Stanley Cup Final. The Penguins got the best of the sharks with a 5-0 trouncing. Hagelin picked up three assists in that game. During his three-point night, Hags picked up his 100th career assist.
​     Hagelin wore this road set 1 jersey for a total of nineteen games. He tallied three goals and nine points in that span. Hags held a plus five rating and logged four penalty minutes. 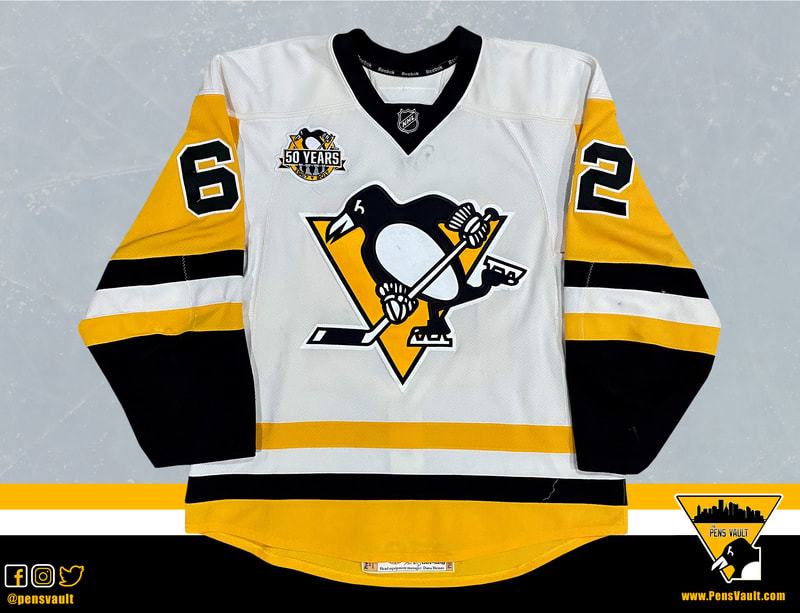 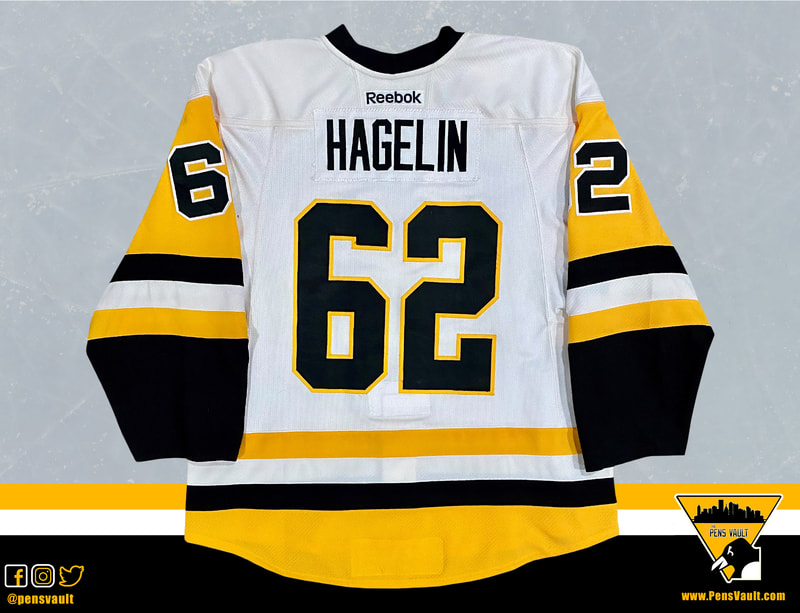 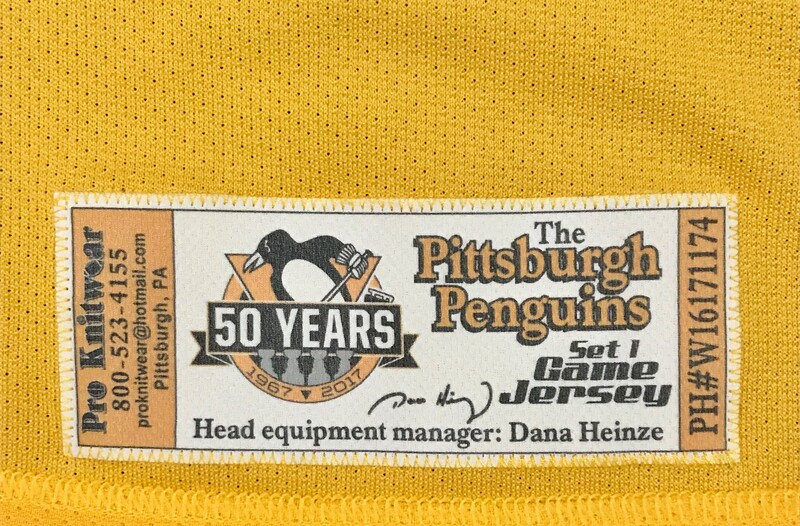 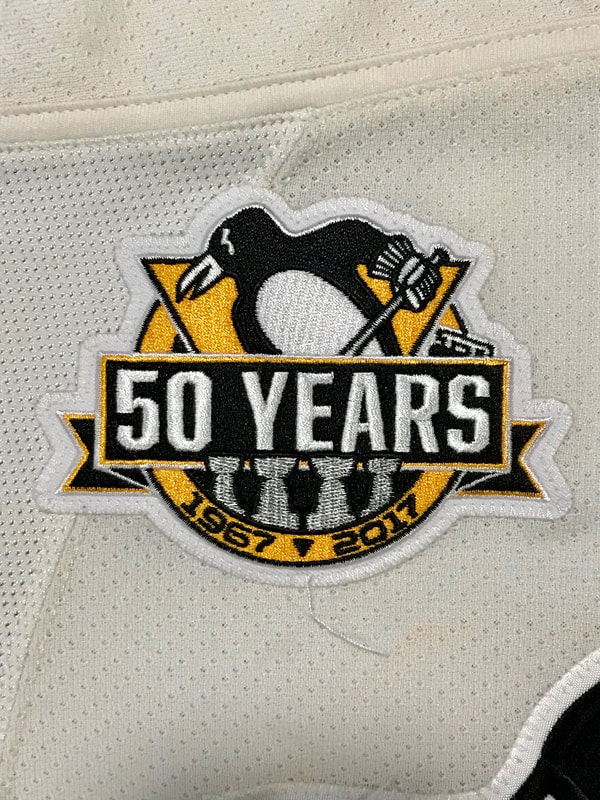 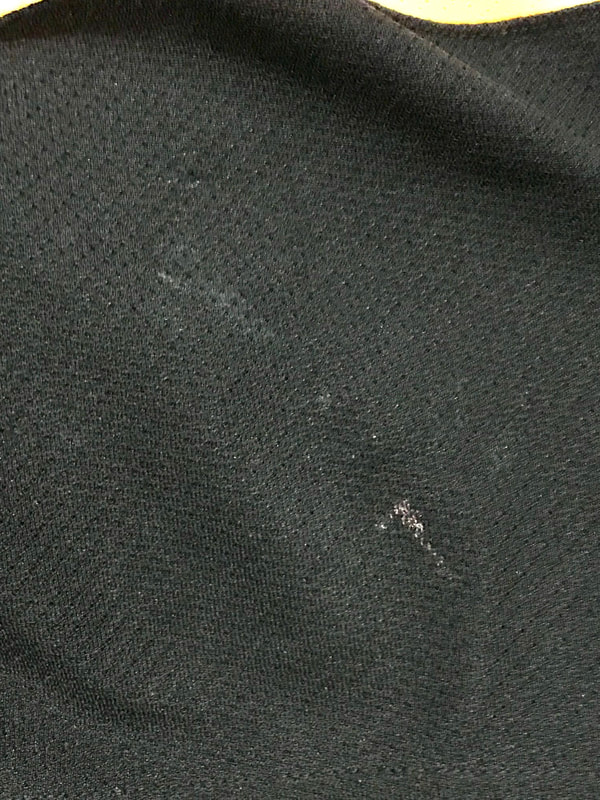 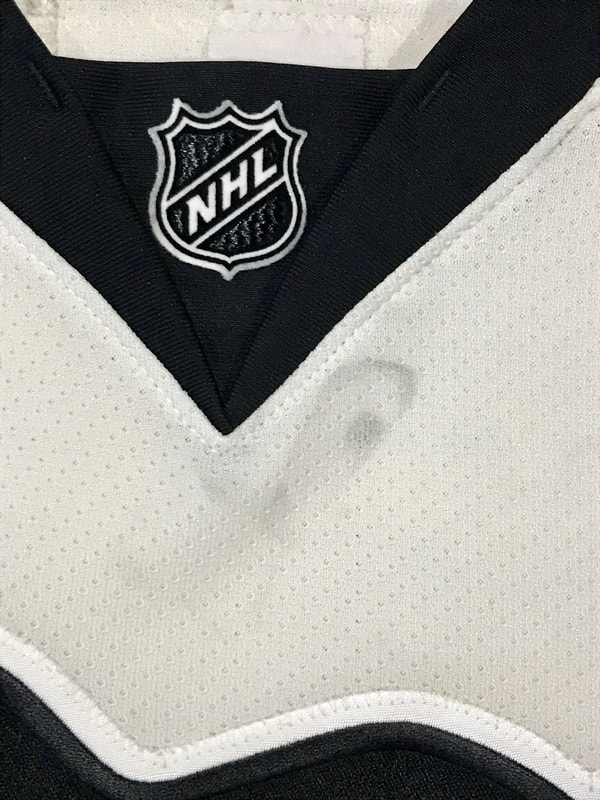 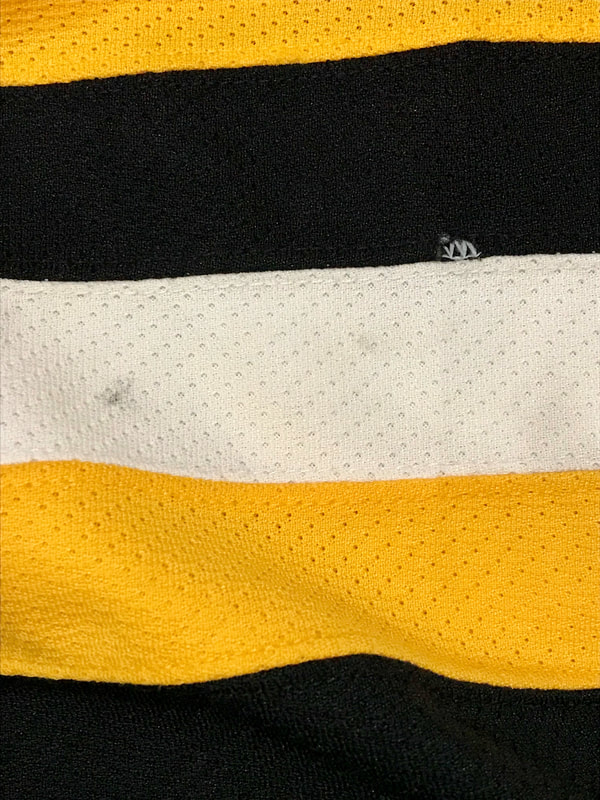 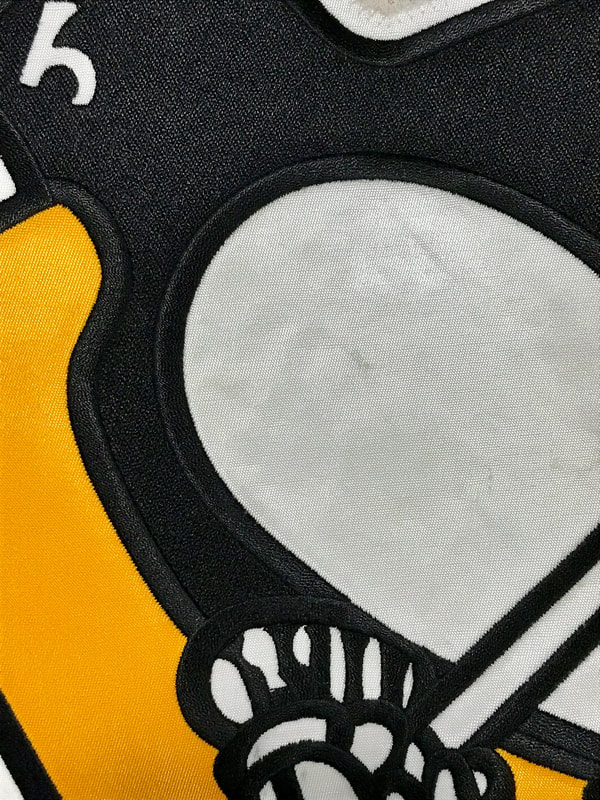 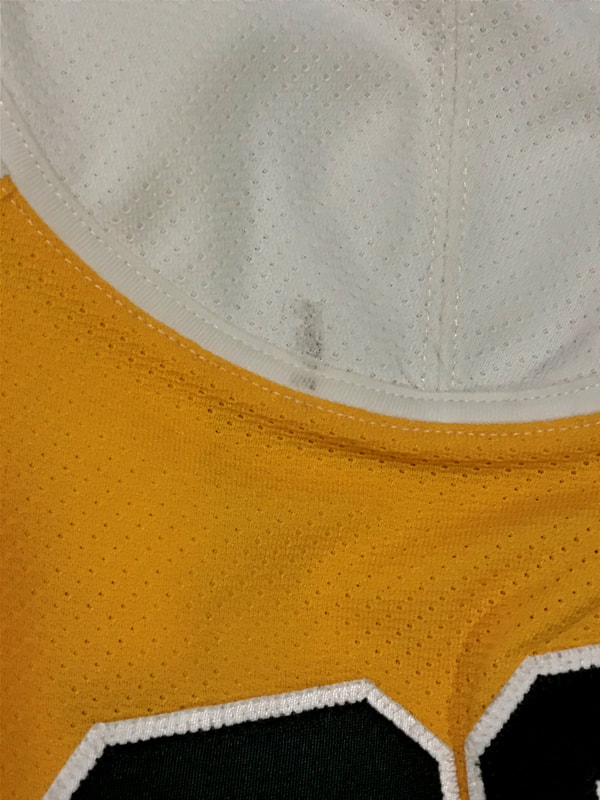 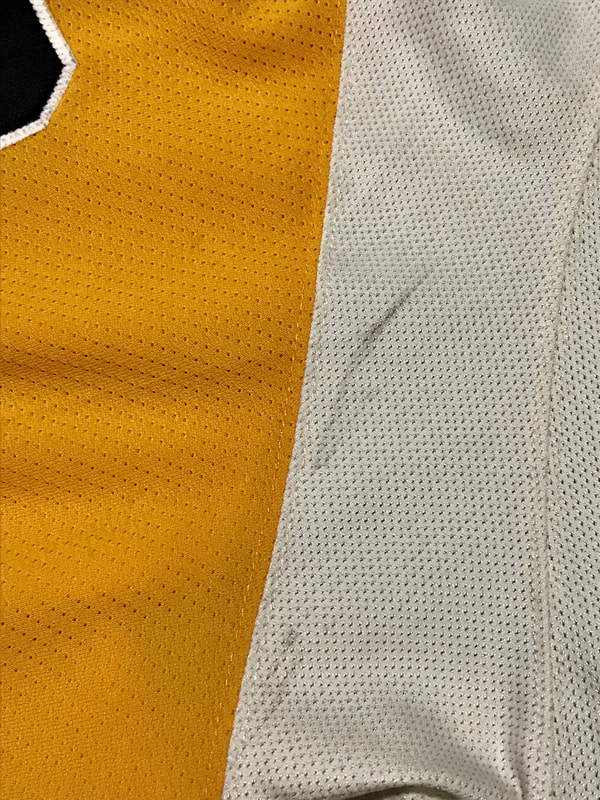 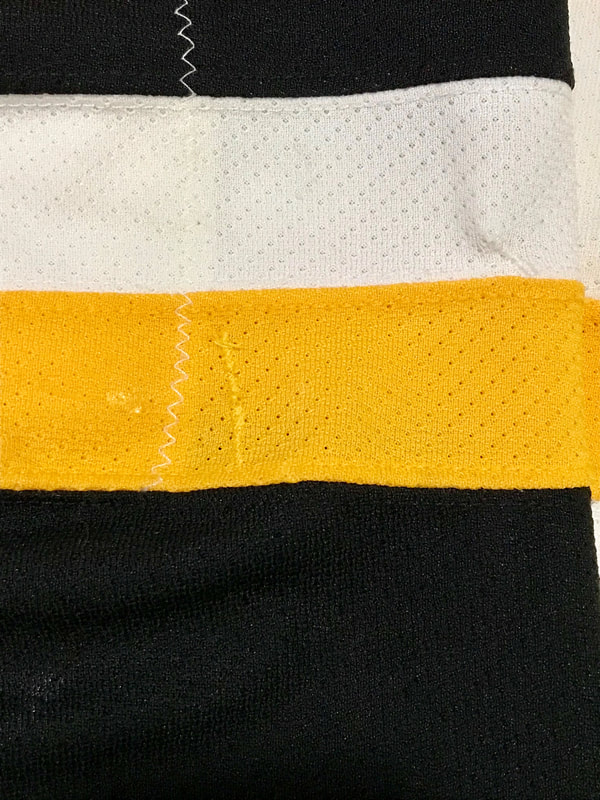 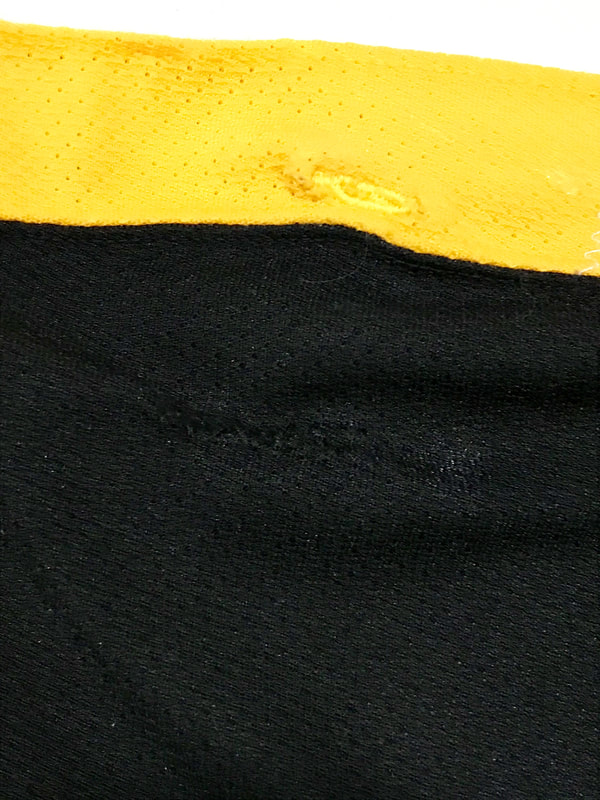 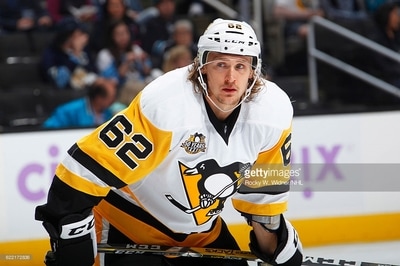 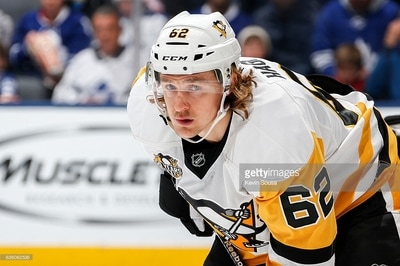 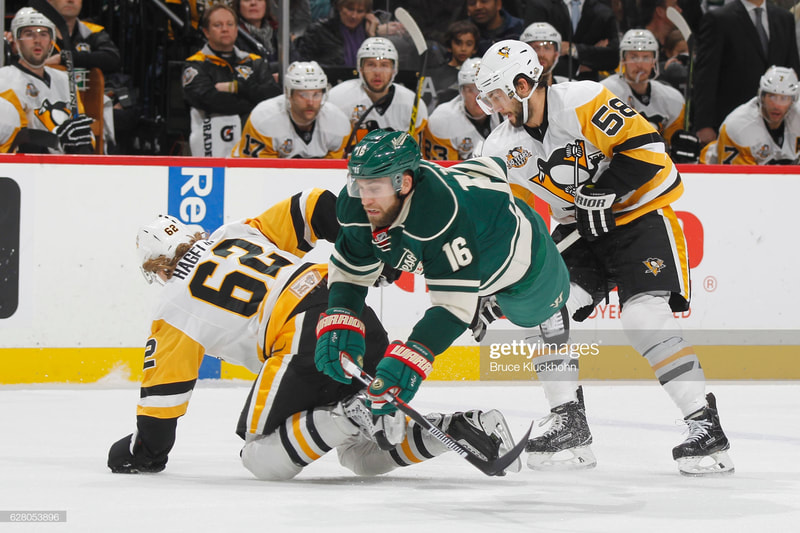 CAREER ACHIEVEMENTS
GAME LOGS
​Rounds (1-3)
Carl Hagelin suffered an injury towards the end of the regular season. After missing over a month, including the first round of the Stanley Cup Playoffs, Hagelin made his return in game two of the second-round matchup against Washington. The speedy winger's return to the lineup wasn't as smooth as he would have liked. Hagelin only scored one goal up until the finals. The Penguins went on to defeat the Capitals in seven games. Marking the second time in as many years that the Pens have knocked the Caps out in the second round. The Penguins played the trapping Ottawa Senators in the Conference Finals. The Penguins and Senators played a hard-fought series that required seven games. Penguins' winger Chris Kunitz clinched the series with a one-timer in double overtime. The Pens made their second consecutive trip to the Stanley Cup Finals.
Hagelin wore this home playoff set jersey for six games. He was held pointless in those six games, holding a plus one rating and logging two penalty minutes. 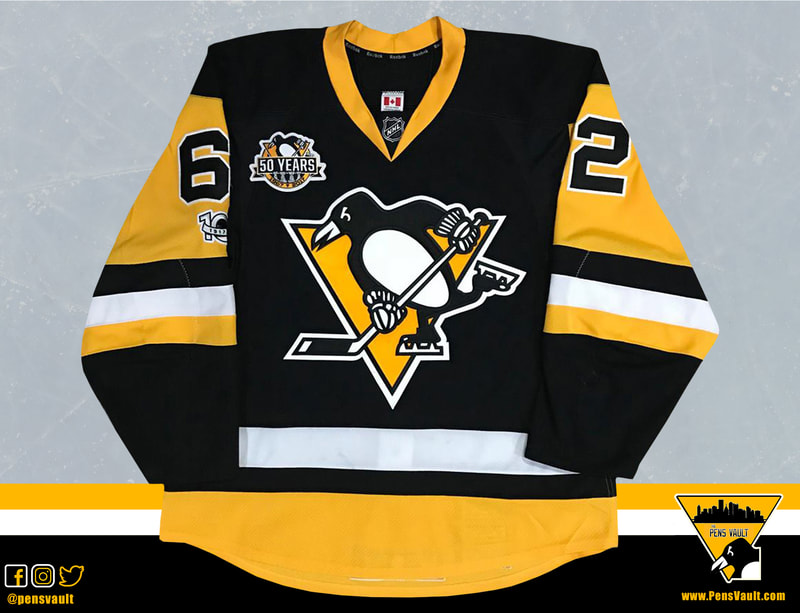 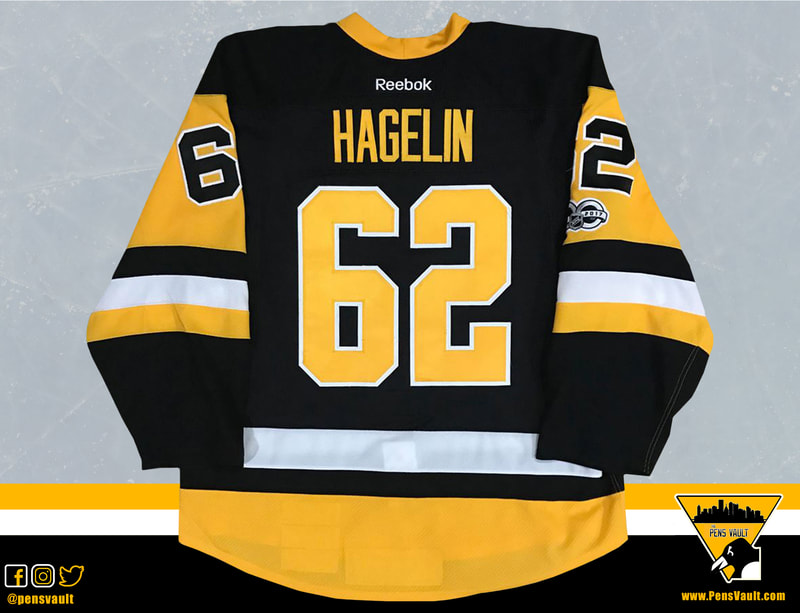 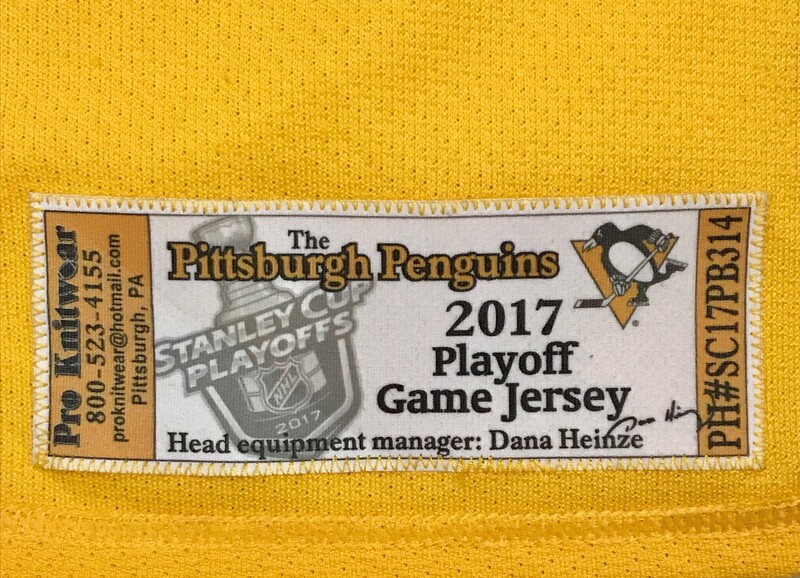 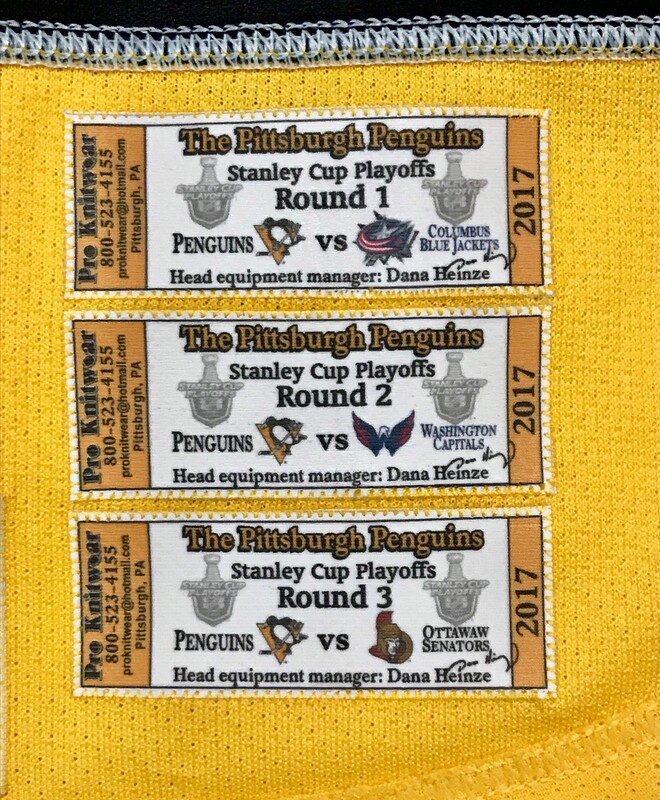 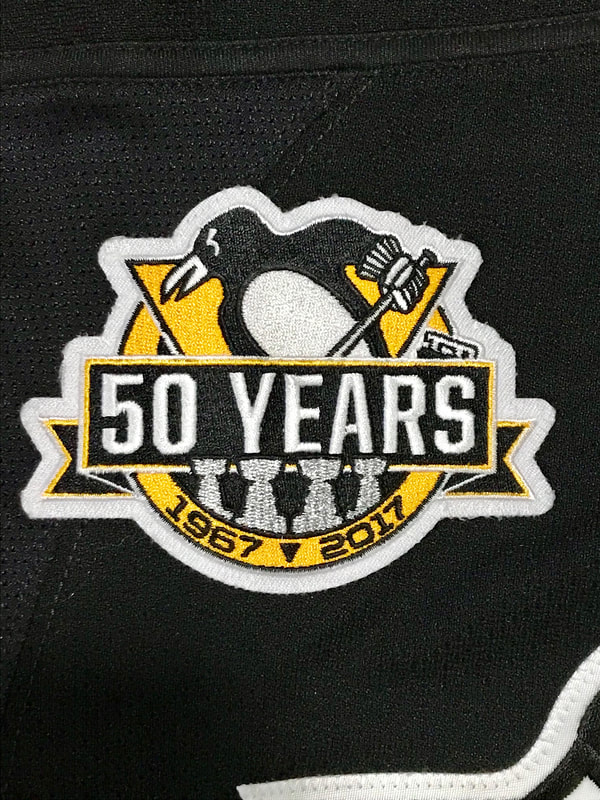 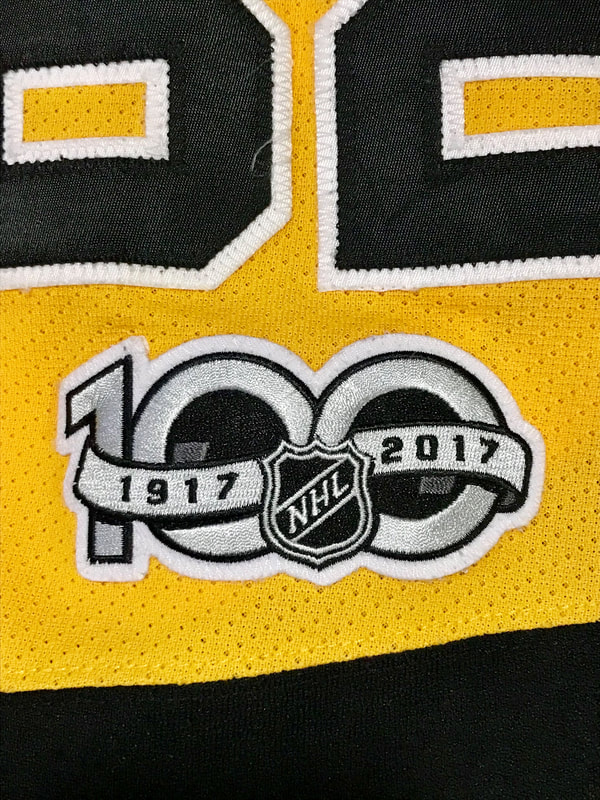 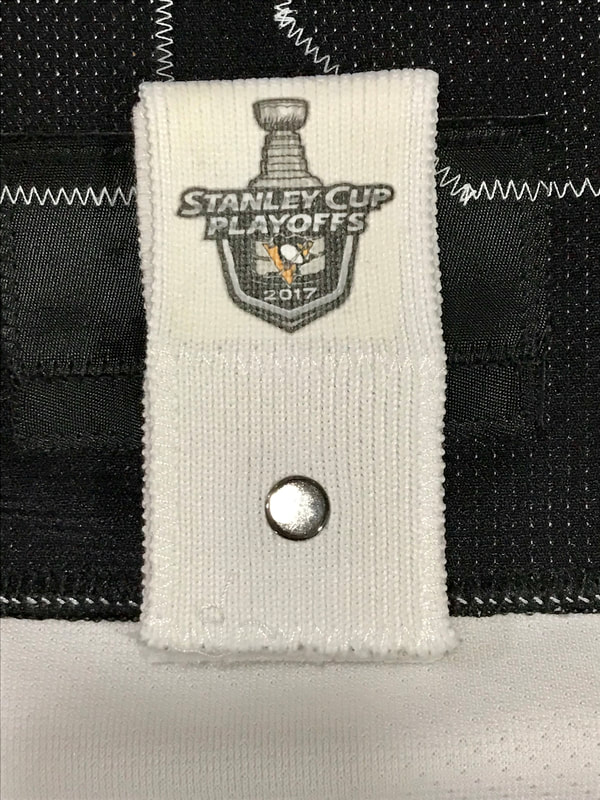 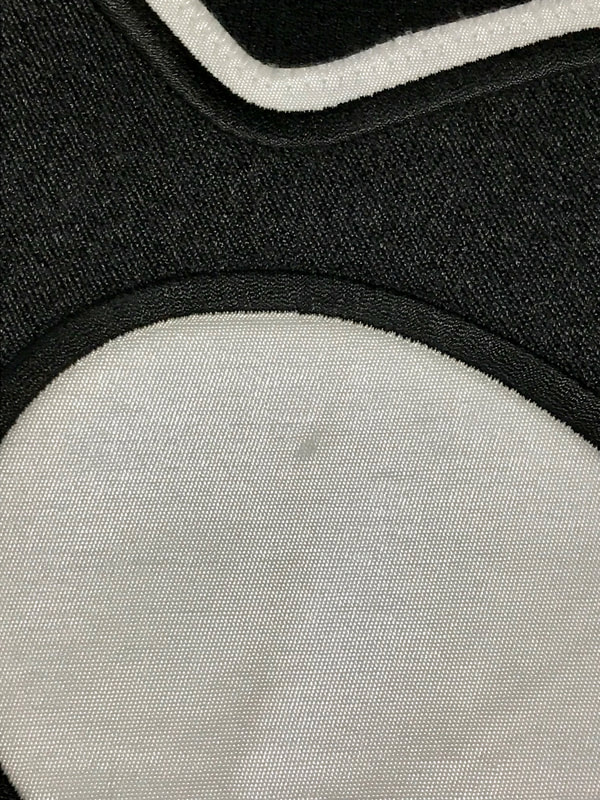 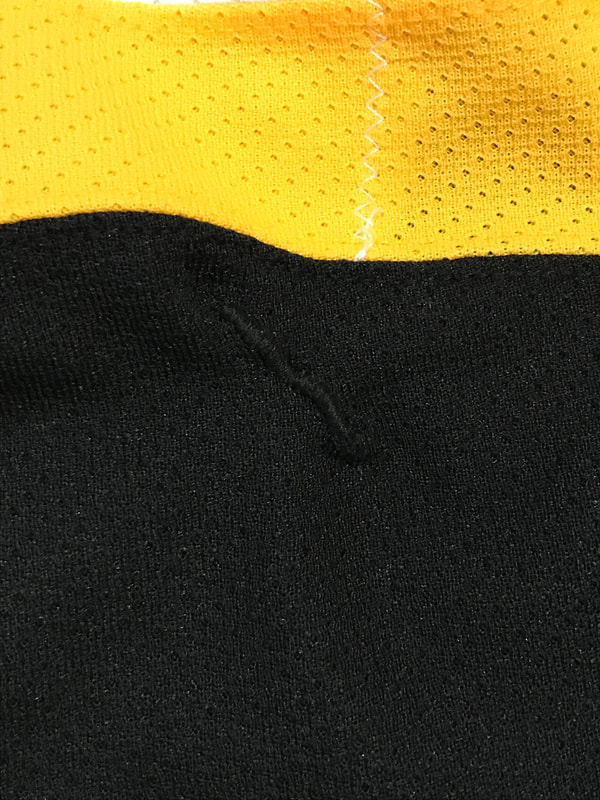 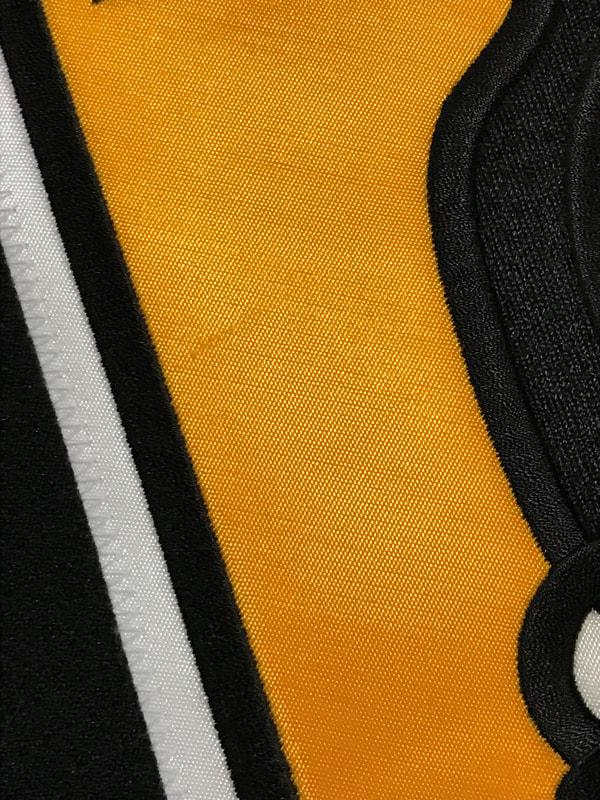 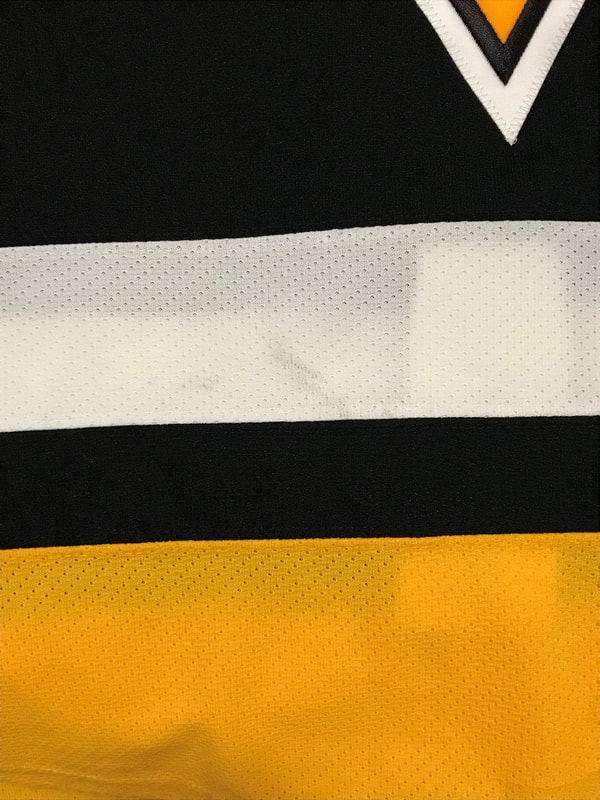 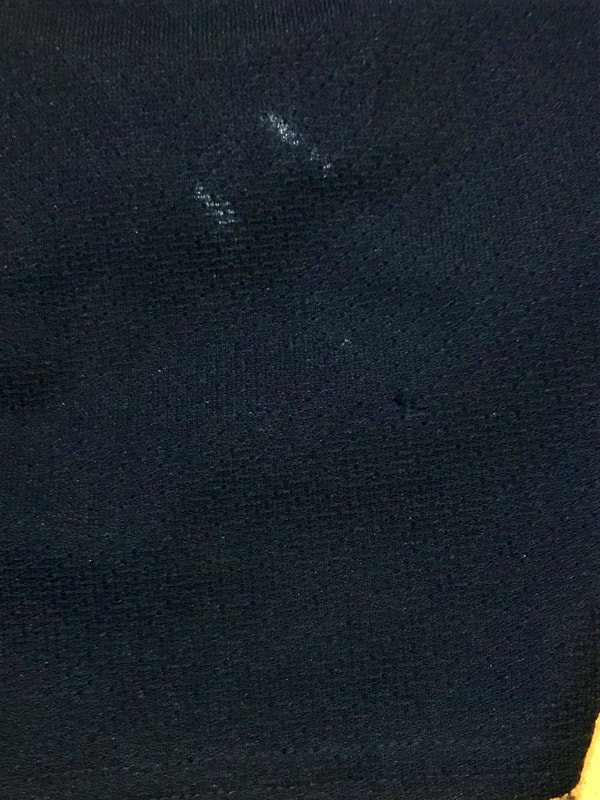 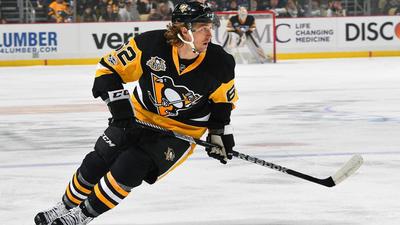 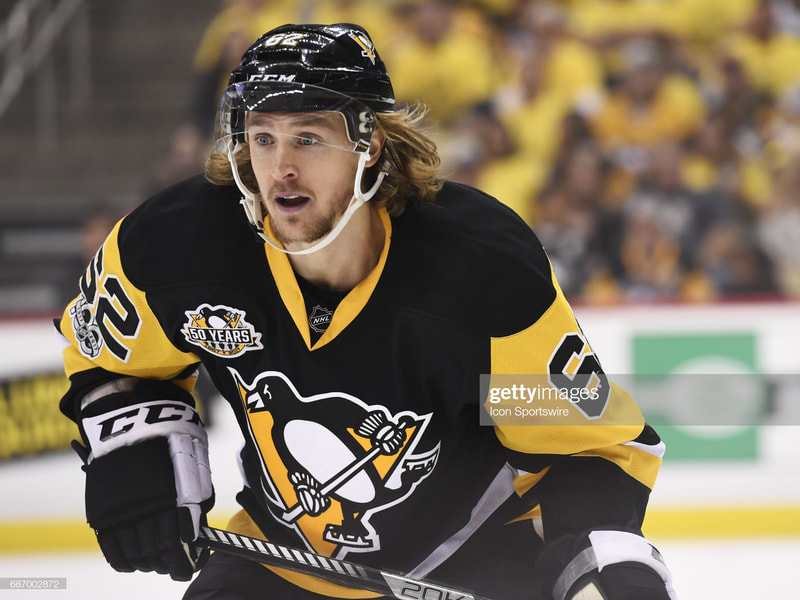 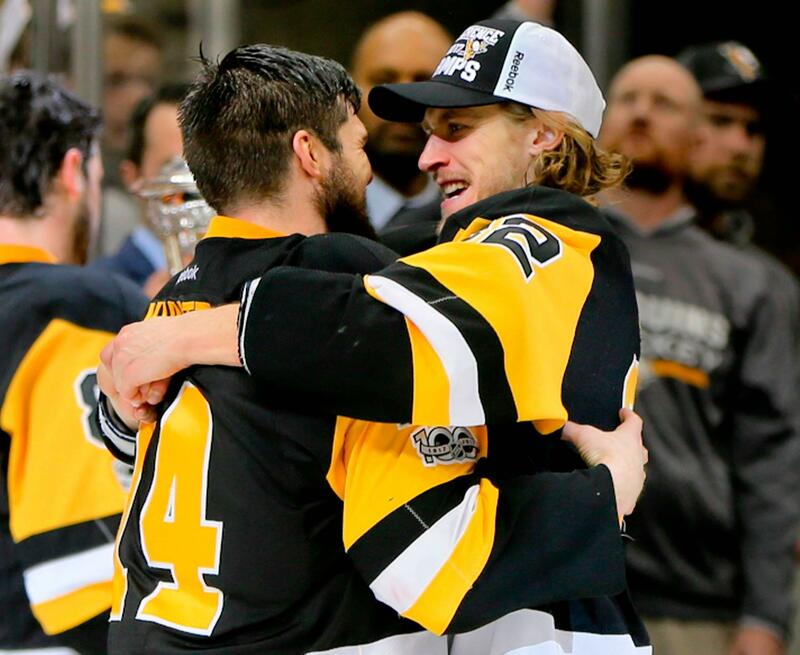